The Best Players from the 5 New Serie A Clubs 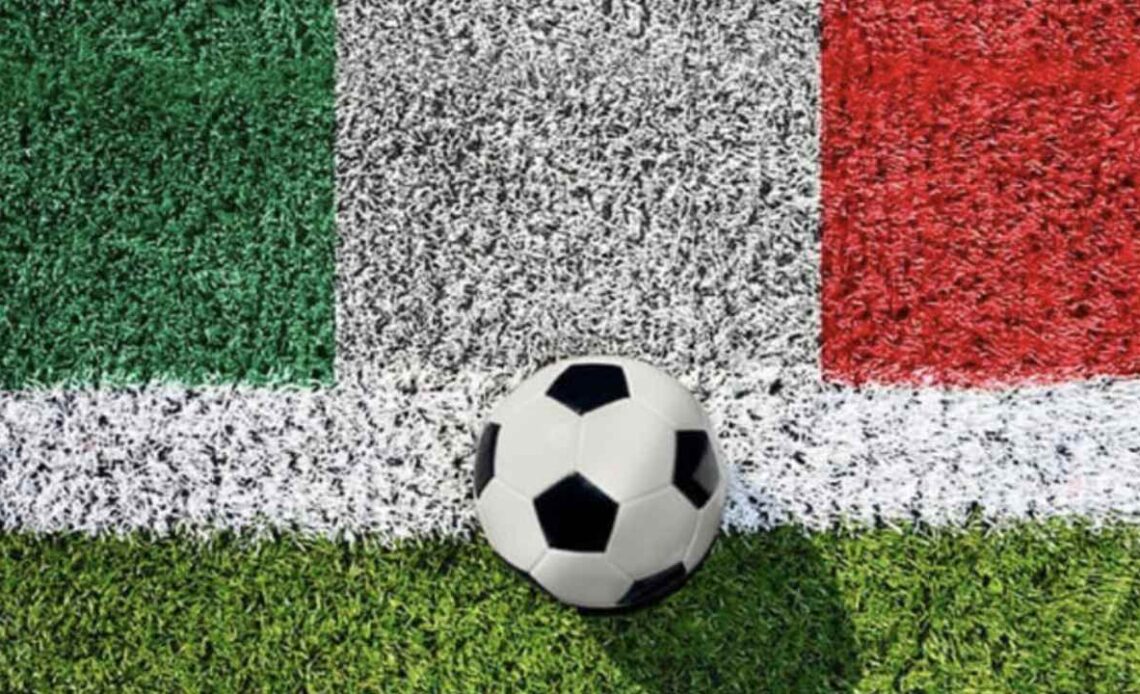 This week we saw five new Italian Serie A clubs being introduced to Sorare’s exciting ecosystem: Cagliari, Genoa, Verona, Sampdoria and Udinese. This also means that numerous new collectible cards relating to the players of the aforementioned teams have been added to the platform. Today we will discover which of them could be the best for us as interesting additions to our virtual Sorare team! Also remember that if you are just starting to play, perhaps our definitive guide may be for you.

The best of Cagliari

Cagliari are one of the many Serie A teams involved in a battle for relegation this season. It’s a team that has often lost some of its best talents in the past; just think of players of the caliber of Nicolò Barella, one of the strongest central midfielders in Europe today.

Joao Pedro is the talisman of Cagliari. He has 15 goals and 3 assists only in Serie A and if it wasn’t for the attacking midfielder, Cagliari’s hopes of survival would probably have long since vanished. The whole game of Cagliari passes through him.

Joao Pedro has an average So5 of 50.20 this season. However, based on its xGI output, better output could reasonably be expected this year as its expected average So5 slightly exceeded this value at 51.8. In addition, he showed some ability to achieve a high score compared to all Champion’s League midfielders. He achieved an expected So5 score in the 95th percentile once this season, which ranked him as the 7th top scorer among Serie A midfielders. His highest score this season would have been 84.2. if he had been on Sorare at the time in the 4-2 win against Crotone, where he contributed both a goal and an assist.

Sebastian Walukiewicz is one of the youngest players in this review. A player who is fairly successful considering his age and position. He has been linked to various English clubs in the past, including Chelsea, Liverpool and Manchester United, but his next step will likely be a team of the caliber of Lazio or Roma in Serie A.

If you are an expert in the under 23 mode, this could be a player to take a long-term approach with. His two highest scores this season have been 74 and 75, with his x PPG total climbing to 40.

Alessio Cragno is one of Serie A’s best young goalkeepers. He was unlucky not to have had the defensive support he needed with a team in constant danger of relegation. Only 4 teams in the league have conceded more goals than Cagliari so Cragno definitely has his work cut out in goal, but at the same time he is able to show off his great ability to stop the shot from a distance. A solid goalkeeper who will surely take the plunge sooner or later. Relegation shouldn’t see him leave Serie A either. Goalkeepers are an important commodity in Sorare’s world and Cragno could very well be a level card with a better defense up front.

Cragno had Covid quite recently so he missed the last 4 games. This season, however, he has achieved very high scores as a goalkeeper; his top 5 best results were 86, 83, 81, 75 and 70 respectively. That’s damn good for a goalkeeper who is playing behind one of the division’s most leaky defenses.

The best of Genoa

Genoa arei now mathematically safe from relegation. With Mattia Destro and Scamacca up front, this team has enough quality in the top positions to win the remaining games with relatively little difficulty . The presence of veterans such as Pandev, Criscito and Badelj also suggests that Genoa may be quite at ease for next season as well.

Scamacca is one of the most exciting prospects in Serie A right now. He is a complete athlete with an absurd leap, fantastic with his back to the goal, and rated by many football experts as a very high level prospect. Scamacca is fast, creative and good at beating players with dribbles. He has size, power and other great physical qualities as well as a superb technical ability. It is no coincidence that it is a goal of Milan, Juventus and many other Serie A clubs will look forward to having him as a member of their squad. He will probably stay another year at Genoa. His goal scoring record is not incredible, but it seems only a question of when, not if, he will explode. His scores are fairly consistent with his age. His 3 highest scores this season were 76, 77 and 78 respectively.

Mattia Perin, the former Juve player, will certainly be sold this summer. He’s a very solid starting goalkeeper and probably won’t go anywhere to sit on the bench, so you should be pretty safe if he’s a goalkeeper you are evaluating. Perin has reached a maximum score of 92 this season, although he has since taken a steep decline. His next highest score was in fact 68, which is good for a goalkeeper. His average in the previous 40 games is 43 points.

Luca Pellegrini is one of the best full-backs in Serie A. He is fast and very good going forward, and many Juventus fans say he should return to Turin to help Juventus rebuild the team. He’s been sold to many teams for someone his age, but he could find a great club to join soon. This season, he has struggled with a number of injury setbacks and has not been able to really show his full potential. Whether it’s Covid, muscle injuries or ankle problems Luca has been incredibly unlucky, there’s no question of it. If he manages to keep fit, he is definitely one to watch for next season, we wish him good luck!

The best of Hellas Verona

Verona boasts the fifth best defense in the league alongside AC Milan, which means that only the top 4 have conceded fewer goals. A very solid, structured and pragmatic approach to football this season has made them tough to beat.

Mattia Zaccagni has been at the center of many Verona attacks this season. 5 goals and 5 assists this season was enough for Mancini to really consider him for a call up to the national team. He went through a period between GW110 and GW 138 where out of 15 scores, 10 were over 60, even reaching a 99 during that time.

Federico Dimarco is from Inter’s academy and has been one of the best Italian full backs this season. He is also incredibly their third top scorer with 4 goals and also boasts 3 assists. Verona has a buy option that it would be rather foolish not to take advantage of. Especially with how important he was to the team. Dimarco would have been a solid enough u23 defender for your SO5 teams this season. With an average of 44 in his last 15 games and only 4 scores under 30 from GW 100, his scores for a full-back aren’t terrible. Considering his contributions up front, you’d probably expect his scores to be higher, however his total x PPG comes in at 45, which is fairly consistent with his L5, L15, and L40. A fairly stable player for your defence.

The best of Sampdoria

Sampdoria is a place where talent goes to flourish before being sold on for a good profit.  Comfortably in the middle of the table, they will likely try to sell some of their prized players in the summer, and then aim for another mid table finish.

Omar Colley is a good physical CB who hasn’t gotten many minutes before this season but has been very good this year. If you look at some of the league clubs that need strong players, there will be plenty of suitors for Colley. Its last 15 games have seen it reach an average of 56. It sure could be a good addition if the price is right.

Emil Audero is another promising young Juventus goalkeeper. The problem is that he could actually return to Juve and be a replacement for whoever the old lady’s actual number 1 is, be it Donnarumma or Szczesny. Audero has the age and profile to be a highly sought after SO5 player. But when you consider the fact that Sampdoria have a rather mediocre defense coupled with the fact that they could be a number 2 next season, it is difficult to weigh precisely. His L15 stands at 50 and has reached 70+ in 4 of his last 18 scores. A solid goalkeeper who will improve and would look good in front of a good defense.

The Danish international has proven how good Sampdoria’s scouting network is and someone in Serie A or in Europe will soon pay a hefty sum for him. He has 2 goals and 4 assists in 17 Serie A appearances this season. Expect his scores to improve next season with more appearances.

The best of Udinese

Udinese are another team comfortably in the middle of the table. Led by midfielder Rodrigo De Paul, one of the best Serie A players in his role – Udinese hasn’t flirted with relegation. Like Sampdoria, they know when and how to sell and will surely recycle this summer to have a good run for 10th next season.

Rodrigo De Paul is the name in every coach’s mouth. The 26-year-old has long been Udinese’s best player and one of Europe’s best creative midfielders. With 8 goals and 7 assists in 31 appearances this season in Serie A, he is Udinese’s top scorer this season. A sublime footballer with a mean streak that is very intense. It’s obvious why Bielsa’s Leeds wanted him: He seems tailor-made for the Premier League. There is a possibility that he will remain in Serie A with Inter looking closely at him. De Paul’s expected PPG comes in at 66.16, which means, believe it or not, on average, when it comes to his scores, he’s actually underperforming. If we compare that to his average SO5 scores per game this season which stands at 63.99, perhaps there will be an improvement on the way. In the last year he has scored less than 50 points only 6 times. De Paul is a machine that at 26 could frighteningly improve. 30% of its performance yields a 95% percentile score. A very valuable piece.

Jayden Braaf is incredibly popular with many English coaches and scouts. Many have said that at the same age, Sancho was not at his level, which is quite an important praise considering he is now one of the top U21 talents in world football. Braaf could be in the Premier League next season with Watford but for now he is doing his good job with Udinese. He’s 18 and only has a few minutes to his credit, so it’s super hard to make any predictions from the data you have at your fingertips. It will be very interesting to find out where it ends up in the future.

Juan Musso  is another highly sought-after goalkeeper in Serie A. Musso has his third clean sheet this season and has been one of the top 5 Serie A goalkeepers in the last 3 seasons.

If you don’t consider Musso’s last 5 games in which Udinese have been quite poor, he is a pretty solid goalkeeper. Considering the frequency with which he keeps his clean sheet you can guess the value of this player and if he can represent an added value for your Sorare team. Another young goalkeeper that managers will have to keep an eye on.