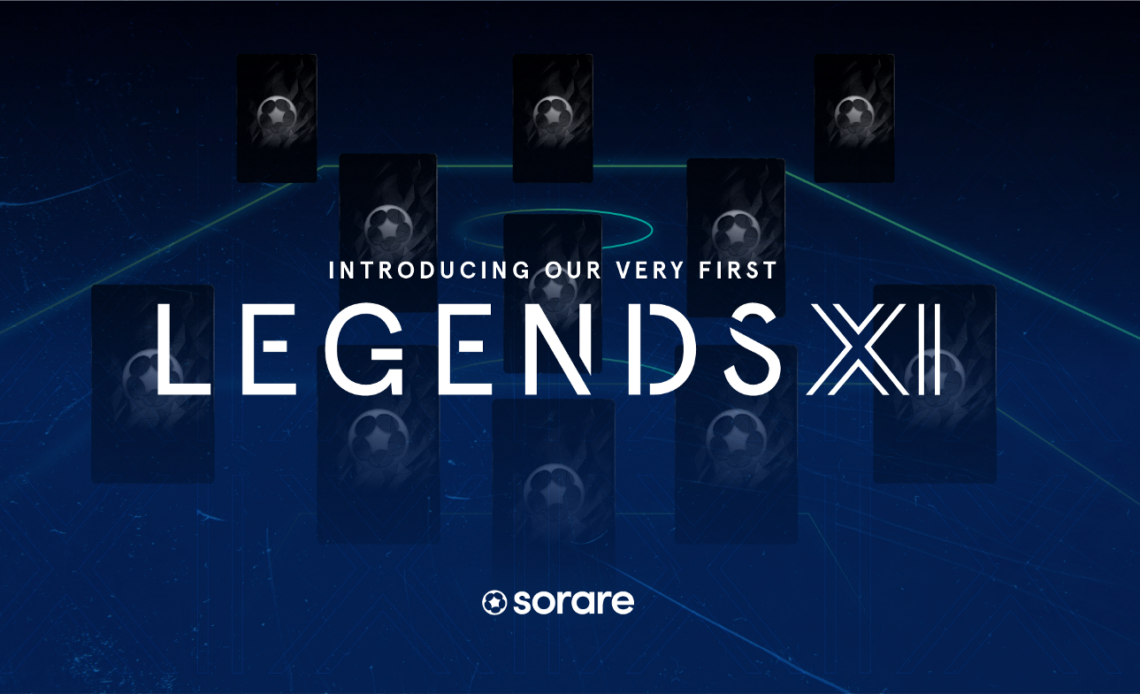 Concluding what has been a historic week for Sorare, the development team recently announced with some excitement that many of football’s greatest legends have joined the most popular global fantasy football game NFT. In fact, an exclusive partnership has been signed – which thanks to NFT technology – intends to bring over fifty of the greatest football legends to Sorare.

Contenuti nascondi
1 The champions of the past…
2 What is “Legends XI”?
3 The legend cards on Sorare
3.1 The circulation of the Legend cards
4 Will these cards be of practical use?
4.1 How will the legends be used?
4.2 Weekly Special Legends
5 How do you get Legend cards?
6 The first interviews released
6.1 Ronaldo the phenomenon
6.2 Fabio Cannavaro
6.3 Le Roi: Michel Platini

The champions of the past…

Even those who strive to always improve the ecosystem of Sorare from the inside are true football romantics as well as passionate collectors just like us. Nobody can deny how we all look with affection at our first football memories and at the relics that tell moments lived and jealously guarded in our memories, whether they are recent or vice versa dating back over time. We are talking about memorabilia such as football shirts, old tickets used to enter the stadium in particular events, the annual stickers of the various seasons played by our favorite team, or even the clippings of magazines that still serve today as real time machines. All this consolidates that connection we feel with real football, and ensures that it never disappears. And this is where Sorare’s NFTs come into play, created specifically for football lovers and able to provide direct connections with those players we love, both past and present.

What is “Legends XI”?

Sorare presents its very first Legends XI. We are talking about a completely hypothetical fictional formation that brings together some of the legends of football, even from completely different eras, in a truly incredible and galactic eleven starting.

Fifteen golden balls, six world championships, fifteen European cups (today champions league), and thirty-six national championship titles. We are talking about a formation made up of footballers of the caliber of: Iker Casillas, Fabio Cannavaro, Franz Beckenbauer, Javier Zanetti, Steven Gerrard, Johan Cruyff, Michel Platini, Diego Maradona, Andriy Schevchenko, Marco van Basten and Ronaldo Nazário known as the phenomenon. These champions of the past will now have their own “Legend Card” present in Sorare.

The legend cards on Sorare

Each legend card represents a historic season in a player’s career. A season that fans from all over the planet still talk about almost every day. A season that perhaps brought so much joy, passion and emotion to football fans of all footballing faiths. In the case of some of the aforementioned legends, footballers have indeed had many legendary seasons worthy of a card in their own right. So we should expect to see for example both a Ronaldo Nazário card at PSV and another always legendary one of him playing for Barcelona or Inter.

The circulation of the Legend cards

In Sorare they specify that precisely 1111 versions of each cd season pass will be minted. “Legend”. So to be clear there will be 1111 cards from Ronaldo the phenomenon at PSV Eindhoven, another 1111 at Barcelona and so on.

The Sorare team has worked in recent months in close contact with the production company Kosmos Studios, and this to be able to produce a series of exclusive interviews with the legends that will be added to the platform, so that they themselves can talk to their fans about the whole world of their historic seasons and what it means to have their own NFT card able to indelibly remember some historical moments of football.

Will these cards be of practical use?

Of course yes. NFT cards that have their own usefulness have unlocked the immense potential of this revolutionary technology. More importantly, they wanted the Sorare community to be able to experience true football interconnectedness, and that only NFT fantasy football could bring grown users watching the feats of their favorite champions.

How will the legends be used?

And will there be utilities also provided for Legends cards with national team jerseys? Yes. Let’s take as an example a Legend edition card of Michel Platini’s French national team. During the Game Weeks for clubs, Platini will report on the card (of his former Juventus team ) the score of the best advanced midfielder of the club in which he played at the time; and, during the weeks of international play, Platini will record the score of the best advanced midfielder of the French national team (these rules clearly apply only to those legends that you own and in the relative card wear the uniform of the national team, therefore, to be clear, the card Ronaldo with the PSV shirt will not score during the International Game Weeks for Brazil).

Once a month, there will be a Weekly Special tournament for the Legends, where you can use these special cards. There are already some very special prizes planned for this type of event, it is said, and we will know more about it very soon. Legend cards cannot also be used in global or regional tournaments. They are therefore strictly to be used during the Special Weeks.

It also reveals how you are trying to explore further and different utilities for these Legend cards, such as other game modes not yet announced.

How do you get Legend cards?

A new player in Legend format of the first eleven listed above will be released on a daily basis during this week and part of the next. We therefore advise you to keep an eye on Sorare’s official Twitter account as well as our site to stay up to date on every clue, strategy, and advice, which allows you to be one step ahead of other fantasy coaches every day. Good preparation is really essential to succeed in this exciting digital game.

We mentioned earlier how Sorare worked with the contribution of Kosmos studios to give its users exclusive interviews with the football legends who can now meet on Sorare. Some are already available, let’s see them together.

When was the star of O Fenôminus born? At just 17, Ronaldo had promised to emulate his childhood hero Romario and to score more than thirty goals in his debut season with PSV. The rest is history. Ronaldo’s 1994/95 PSV card has recently landed in the Sorare fantasy market. The developers of the platform sat down to talk to Ronaldo about his incredible debut season. Watch him at this link to find out more about his very special card!

In the 2005/06 season, Fabio Cannavaro was one of the protagonists always present in the rear of both Juventus and the Italian national team. His crowning glory of that season? Winning not only the 2006 World Cup with Italy but even the Golden Ball. The fabio Cannavaro Legend card relating to the season held with Juventus in 2005/06 (before moving on to Real Madrid) is now available on the Sorare market. You can check out his exclusive interview here for all of his fans on the platform.

Michel Platini’s nine goals at the 1984 European Championships inspired a whole golden generation of French footballers. The “Le Roi” Legend card with the 1983/84 French national team jersey is now available on Sorare! In this video Platini talks about his incredible season, as well as incredible career, and how he was able to inspire a future generation of champions.

By giansla
1 Mins read
The Sorare team is delighted to welcome Mexico City’s first club, Club Universidad Nacional or simply Pumas to the NFT ecosystem of most played fantasy football in the world. Founded in 1954, the club represents…
News

By giansla
6 Mins read
After the historic partnership a few days ago with the Spanish Liga, the Sorare team has also announced a further new partnership with the German Bundesliga and Bundesliga 2. What is the Bundesliga? The German…
News

By giansla
1 Mins read
In a period in which Serie A had some of the best defensive formations football has ever known, the Swan of Utrecht, Marco van Basten remained a forward who expressed a historic excessive power. In…