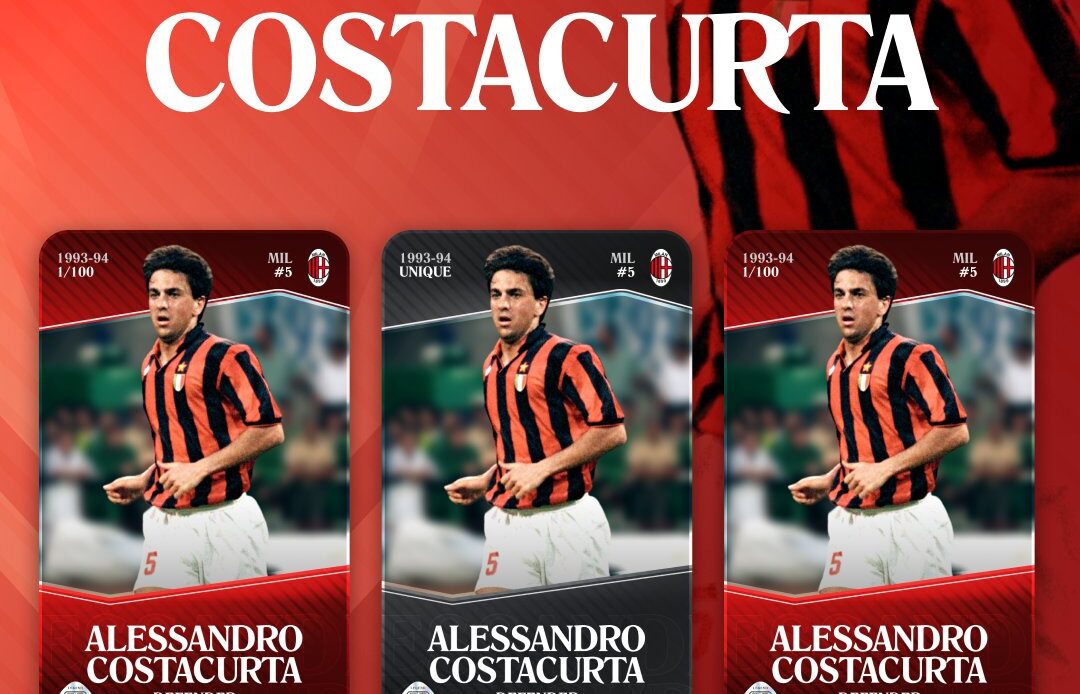 As we push through summer, Sorare prepares for the new and exciting challenges that await. It also continues to strengthen its legend line-up, giving you more ammunition for your Sorare strategies. The latest addition to the legendary collection comes from Italy. His name is synonymous with AC Milan, having spent his career at the club, becoming one of the best defenders to ever step onto a football field. He’s none other than Alessandro Costacurta. The Italian wonder formed part of AC Milan’s incredible line-up, playing under the leadership of managers like Fabio Capello and Carlo Ancelotti. His skills will now be at your disposal in Sorare’s legendary challenges.

Alessandro Costacurta joined AC Milan’s youth side back in 1979, at the age of 13. He continued progressing with his side, eventually being loaned out to Monza in 1986. He spent a season there, before finally returning to AC Milan’s senior side in 1987. This would be his only spell away from the club throughout his entire career.

Under Arrigo Sacchi’s leadership, Milan AC had become a force to be reckoned with. After an uneven first season, Alessandro Costacurta finally broke ground, becoming a starting 11 regular. His side took the European Cup home twice in a row, defeating Steaua București and Benfica respectively. Further success came from the European Super Cups and Intercontinental Cups that followed. Costacurta’s efficacy in defence made him part of Sacchi’s legendary four-man defensive line. AC Milan’s defence had him playing alongside Baresi, Tassotti and Maldini. But Sacchi’s tenure came to an end, replaced by Fabio Capello.

More success lay in store, as the reinvigorated AC Milan side continued on its hot streak. The squad won 3 consecutive Serie A and Coppa Italia titles. They also reached the Champions League final 3 times in a row, winning only 1 of these encounters in 1994. But Capello’s departure eventually led to a dark period in the club’s history. Silverware eluded Costacurta every season until Carlo Ancelotti finally joined.

Ancelotti’s era was marked by a series of victories, including one Serie A title in 2004. The club managed to reach three Champions League finals, losing one against Liverpool and winning the other two against Juventus and Liverpool themselves. This would be the final season for Costacurta, and he retired at the age of 41.

After one of the most illustrious club careers possible, Alessandro Costacurta has been honoured with his legendary Sorare card. His incredible skill in defence can prove to be just what you need to earn more Sorare rewards.