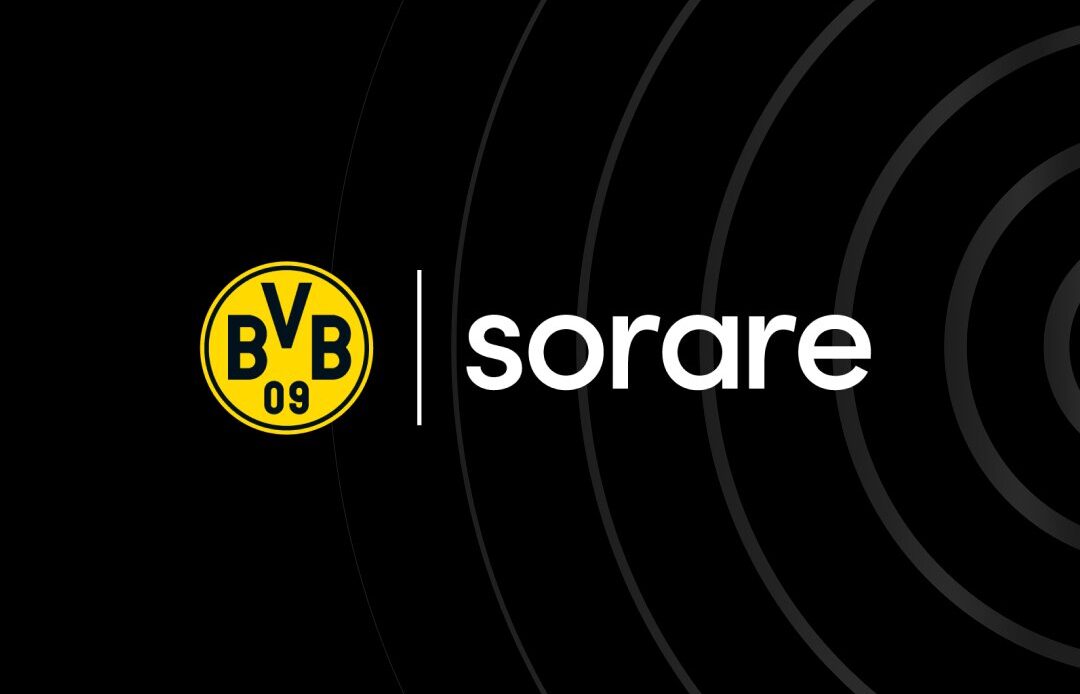 Sorare is ever the busy bees, sealing new deals and creating lucrative partnerships that embed the game further into the very fabric of the football world. This year has been particularly impressive, with the game creating new collaborations with Kylian Mbappe, Zinedine Zidane and Fabrizio Romano. But Sorare doesn’t seem to be done with its partnerships just yet. The fantasy football game has now signed a long-term partnership with German giants, Borussia Dortmund. The club has an incredible history and remains one of the strongest forces in both European and German titles. So, what can we expect from this new collaboration between Sorare and Borussia Dortmund? Read on below to find out!

The Black and Yellows

Borussia Dortmund is the second biggest club in all of Germany, with a rich history that dates back to the club’s foundation in 1909. Since then, the club has seen several significant changes, culminating in the team’s rise to Bundesliga heights in the 1960s. Of course, Borussia Dortmund’s golden age would come years later in the memorable 1990s.

This decade saw the team rise to unprecedented heights. The club lifted two back-to-back Bundesliga trophies, even reaching two key European finals. 1993’s UEFA Cup final pitted them against Juventus, who won with 6 goals to 1. But Borussia got their chance at revenge in 1997, when they faced cup holders Juventus once again in the Champions League final. This time around, the Blacks and Yellows netted 3 goals against Juventus’ 1, declaring them the new champions of Europe.

Later years saw the club maintain its place in the annals of European football, with plenty of impressive performances across both local and continental tournaments.

A New Partnership for Sorare

Borussia Dortmund now enters into a new collaboration with Sorare. The two entities have signed a long-term deal together. This comes off the back of an extension in licensing rights between Sorare and the DFL Deutsche Fussball Liga. To clarify, the new deal is an addition to this extension. Borussia Dortmund’s players are guaranteed to keep appearing in future Sorare seasons, but the new partnership takes this relationship further.

Apart from appearing in all Sorare tournaments, Borussia Dortmund will be a key player in Sorare’s image and development. The two will share plenty of marketing initiatives with a campaign that places Borussia Dortmund at the heart of everything Sorare. Meet and greets as well as stadium visits all form part of this new campaign, aimed at connecting Sorare and its managers to the real world of football.

Building a Future with Borussia Dortmund

Sorare has managed to seal its place in the football world thanks to some key collaborations over the years. This new deal with Borussia Dortmund follows suit, giving the club an even better position within the scene. What do you think of this new partnership? Let us know in the comments section below.

By Anton Saliba
2 Mins read
A new set of Sorare game calendars is upon us, giving us a fresh look at the challenges that lie ahead. This time round, we’ll be having a look at game week 301 – 304…
News

By Anton Saliba
2 Mins read
Sorare continues to do well on its promise of providing exciting content across the board. The release of new game modes and exciting collaborations might dominate the news surrounding the game. But Sorare has also…