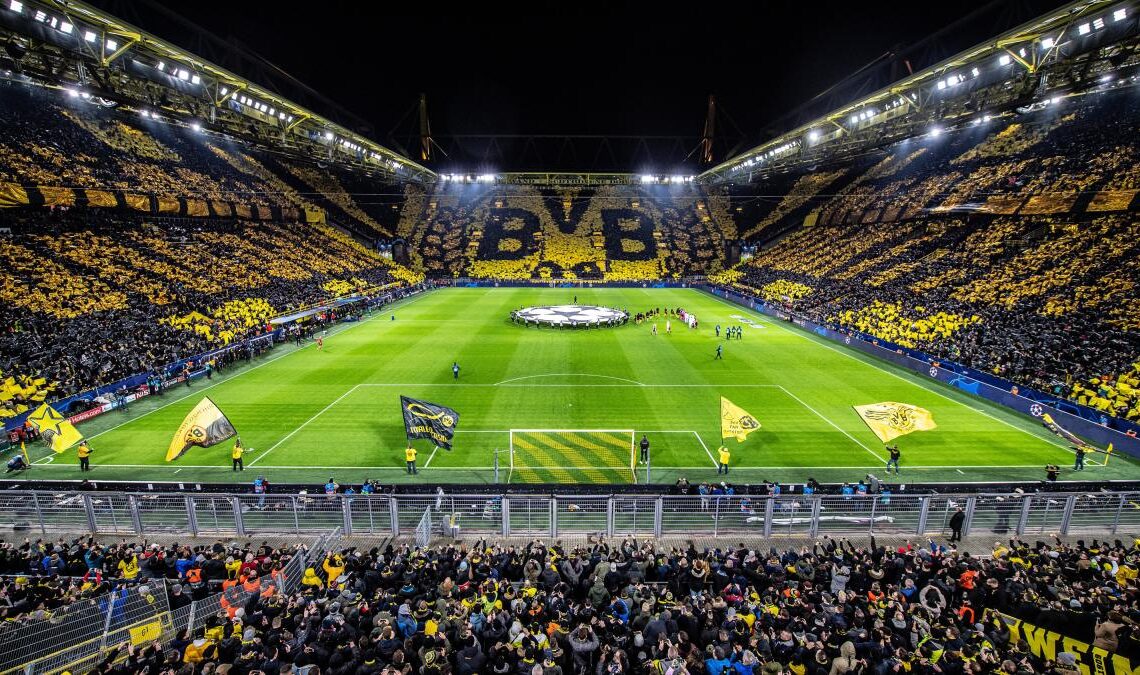 After the historic partnership a few days ago with the Spanish Liga, the Sorare team has also announced a further new partnership with the German Bundesliga and Bundesliga 2.

What is the Bundesliga?

The German Bundesliga is one of the top five European leagues (with Serie A, Premier League, La Liga and Ligue 1 ), an iconic football league that is home to some of the most prestigious clubs and players in the world. Welcoming another of the best leagues in the world, now over two hundred clubs are represented and available on the digital fantasy football platform Sorare, which represents a major step forward in terms of moving closer to the stated goal of collaborating with the top twenty leagues in the entire world.

The Bundesliga is a football league referable to a professional association based in Germany. At the top of the German football league, the Bundesliga represents Germany’s premier football competition. It includes eighteen teams operating on a promotion and relegation system with the Bundesliga 2 operating as a division below it. Seasons run from August to May and most games are played on Saturdays and Sundays, with some games also on weekdays. All Bundesliga clubs qualify for the DFB-Pokal, while the Bundesliga winner qualifies for the DFL-Supercup.

Participants in the Bundesliga

Fifty-six clubs have competed in the Bundesliga since its founding in 1962. Bayern Munich have won the title 30 times, the highest number among Bundesliga clubs. However, other champions have also been seen, for example with Borussia Dortmund, Hamburg, Werder Bremen, Borussia Mönchengladbach and VfB Stuttgart just to name a few of the most important. The German top league is one of the best European national leagues, ranking fourth in Europe according to the UEFA league coefficient ranking for the 2020-21 season, based on performance in European competitions over the past five seasons. The Bundesliga has led the UEFA rankings since 1976 and has also produced the continent’s highest-rated club six times. Bundesliga clubs have won a total of eight UEFA Champions League, six UEFA Europa League, four European Cup Winners’ Cups, two UEFA Super Cups, two FIFA Club World Cups and three Intercontinental Cups. Its players have amassed nine Ballon d’Ors, one The Best FIFA Men’s Player award, three European Golden Shoes and three UEFA Men’s Player of the Year awards, including UEFA Club Footballer of the Year.

Among other things, it is the number one football championship in the world for average stadium attendance; of all sports, his average of 45,134 fans per game during the 2011-12 season was the second highest of any sports league in the world and second only to the American National Football League; it is also broadcast by cable in more than two hundred countries.

The divisions of the Bundesliga

As we mentioned earlier, the Bundesliga was founded in 1962 in Dortmund and the first season began the following year, in 1963. The structure and organization of the Bundesliga, together with the other German football leagues, have undergone frequent changes. Generated by the commitment of the so-called Deutscher Fußball-Bund (which would be the German national football association), is currently managed by the Deutsche Fußball Liga, a body that is entirely similar to today’s Italian FIGC. The Bundesliga is made up of two divisions: the “1-Bundesliga” as the top division (although it is rarely indicated with the prefix 1) and, below it, the “2-Bundesliga” (German 2nd division, as is the our Serie B), which was the second series of German football starting from 1974.The two major divisions we are talking about are recognized as professional leagues, and since 2008, the “3-Liga” (third division) in Germany has also become a professional league, although it may not be called Bundesliga because this league is managed by the Football Association. German (DFB) and not, as are the two Bundesliga, from the Deutscher Fußball-Bund (DFL).

Below the third league level, leagues are generally split on a regional basis. For example, the Regionalligen currently consists of the North (North), Nordost (Northeast), Süd (South), Südwest (Southwest) and West divisions. Below this are an additional thirteen parallel divisions, most of which are called Oberligen (higher leagues) representing federal states or large urban and geographic areas. The structure of the league has changed frequently and this generally reflects the degree of participation in the sport in various parts of the country. In the early 1990s, the changes were driven by the reunification of Germany and the subsequent integration of the East German National League.

Each team in the two Bundesliga must have a license to play in the league, otherwise they are relegated to the lower regional leagues. To obtain a license, teams must be financially sound and meet certain standards of conduct as organizations.

How does the Bundesliga work?

As in other national leagues, there are significant advantages to participating in the top flight. To name a few: a larger share of the revenues from television broadcasting licenses goes to 1-Bundesliga teams; teams get significantly higher levels of fan support and the average attendance in the first league is 42,673 per game, more than double the 2-Bundesliga average ; moreover, greater visibility on television and higher participation levels help Bundesliga teams attract the most profitable sponsorships.

Bundesliga teams develop significant financial strength through the combination of television revenue and stadium attendance, as well as sponsorship and marketing of their own team symbols. This allows them to attract and retain skilled players from other national and international nurseries and to build stadium facilities that are undoubtedly first class. The 2-Bundesliga has also begun to evolve in a similar direction to the top flight, becoming more and more stable from an organizational and financial point of view and reflecting a progressively higher standard of professional play.

In the 2008-09 season, the Bundesliga reinstated the previous German system of promotions and relegations, which had been in use from 1981 to 1991:

The importance of the partnership with Sorare

Following the already announced partnership with the German national team (the “Mannschaft”), the Sorare team announced with truly enthusiastic tones that it had further expanded into the world of football also played in Germany and managed to welcome football fans who they know all about the German top division. Every race weekend is a real festival in Germany. The Bundesliga has the highest average attendance in football stadiums, and football is just as it should be, a fans’ bond with their club with favorite players who remain in the hearts of the fans forever.

The Sorare collectible cards of the German top division will be launched on the Sorare platform already by the end of October. This will give all fantasy coaches enough time to dig deep into the archives useful for good scouting and explore a whole new world of football at the highest level. With the addition of world-class football teams such as Borussia Dortmund, RB Leipzig, Borussia Mönchengladbach, Wolfsburg and Union Berlin, as well as just as many exciting footballers such as the champion Erling Haaland, Florian Wirtz, Leroy Sané, Daichi Kamada, Matthias Ginter, and André Silva, there is really a lot of scouting to overcome as well as tactics to build.

The partnership we have just told you about also coincides with a further historical milestone for the entire community of fans of digital fantasy football. At the same time as the launch of the German championship, “Sorare NFT Moments” was also announced.

Sorare Moments will represent a new type of collectible as well as a way to unlock your passion for certain football moments that have left their mark. Sorare Bundesliga Moments will be launched in 2022. And the Sorare team has made it known that they will soon share much more about their plans for the game utility, and well before the official release scheduled for next year. We can already watch a preview of the first Moment prototype in the official announcement made on Twitter. If there is a moment in the current Bundesliga season that you feel deserves a specific NFT collectible, then share it on Twitter using the hashtag #SorareMoments.