Experience the ElGranDerbi with Sorare 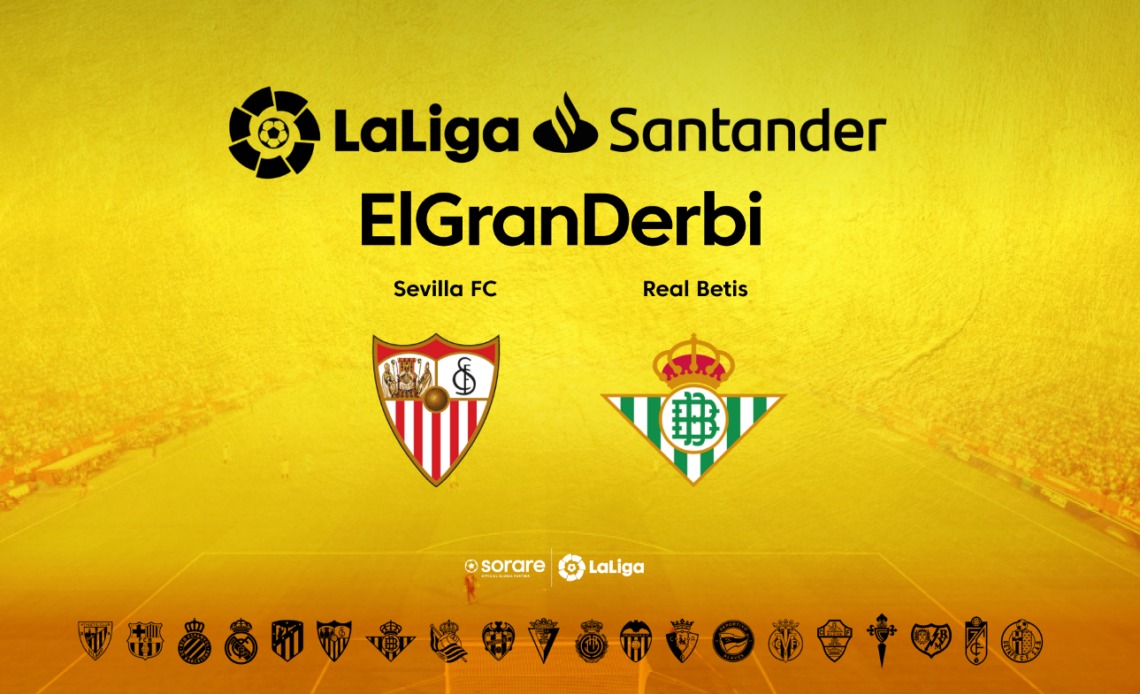 Have you ever wondered what happens before the biggest LaLiga derby ? Now you can find out. This is your once in a lifetime opportunity to experience ElGranDerbi like never before. On February 27 the doors will be opened to the first live experience of Sorare in collaboration with LaLiga.

What is the experience of ElGranDerbi?

Two lucky winners and their guests will head straight to Seville : a tour of the club’s training ground; meet the footballers; discuss the club’s strategy with the Sporting Director and chat with the club’s data analyst and scout leader.

On match day, you will have the opportunity to go behind the scenes and walk on the sidelines before kick-off, watch the action from an exclusive VIP area, and attend the press conference. In addition to this unique experience of Sorare in the heart of ElGranDerbi, you will also be able to enjoy the wonders of Andalusia with a food tour in a beautiful hotel in Seville for 3 nights.

Contest participants must clearly be Sorare coaches, and have a meaningful connection with one of the two clubs by agreeing to shoot a short film for Sorare about the experience. Apply here by 23:59 CET on February 8, 2022.

For many, El Clasico is the face of La Liga. Over the years, the rivalry between Barcelona and Real Madrid has maintained the image of the most purposeful football in the land of Tiki Taka and has now become big business.

If El Clasico is the proverbial golden goose that sustains the vitality and visibility of Spanish football, the true soul of the passion and purpose of the championship can be found in many local derbies spread and played throughout the country, like El Derbi between Barcelona and Espanyol or El Gran Derbi between Sevilla FC and Real Betis Balompie. They may not be as famous in the popular imagination of a global audience, but truly fierce in competitiveness.

Unlike other Spanish clubs, Sevilla and Real Betis have strong British roots. The first UK settlers in southern Spain, who later formed Sevilla FC, were Sunderland fans and therefore settled for the red and white stripes for the new club. Likewise, Betis owed their green and white colors to their former Scottish president Paddy O’Connell in the 1930s, who was a huge Celtic fan.

However, the Gran Derbi is anything but British. He has a fight, but no feud; has hostility but not hooliganism. Like all other rivalries, it also transforms the city into a great watershed.

If Betis still prides themselves on being a popular club, Sevilla have emerged as the bigger and smarter brother of the two, especially after five Europa League triumphs since the 2005-2006 season.

When Maradona came to play for Sevilla in the 1992-1993 season, the club attracted worldwide attention as over 100 journalists from around the world followed the legendary but controversial last days of his football career. “Maradona placed us on the world football map, but everything changed when we won the first Europa League,” remarked a Sevilla official.

Despite the recent position and the pedigree of the two teams, the preparation for the derby is truly a spectacle.

Row after row of fans zigzagged around the spectacular Ramon Sánchez-Pizjuán stadium, home to Sevilla, turning the city into a red tsunami. Elsewhere, fans flock to different parts of the city drowning in drinks before heading to the stadium.

The motto, embodied in the stands just above where the Sevilla ultras sit, seems really deep and pronounced: Dicen que nunca se rinda – “They say you never give up“.

When the game is over, the party is certainly not over for the fans of the champion team, since the last player didn’t leave the stadium until after midnight.

“El Clasico has its own marketability, but the Andalusian derby survives thanks to its unique passion. This is the other side of Spanish football. Probably, a truer and more passionate side of our football,“ declared a well-known Sevilla fan.

As Evers put it: “We are not competing with the Premier League or any other league when it comes to our plans to reach a global audience. We have our diversity and strengths to make La Liga an exceptional attraction for any fan”. El Gran Derbi embodies that most internalized part of La Liga that wants to earn a place in the hearts of true connoisseurs and fans of football.