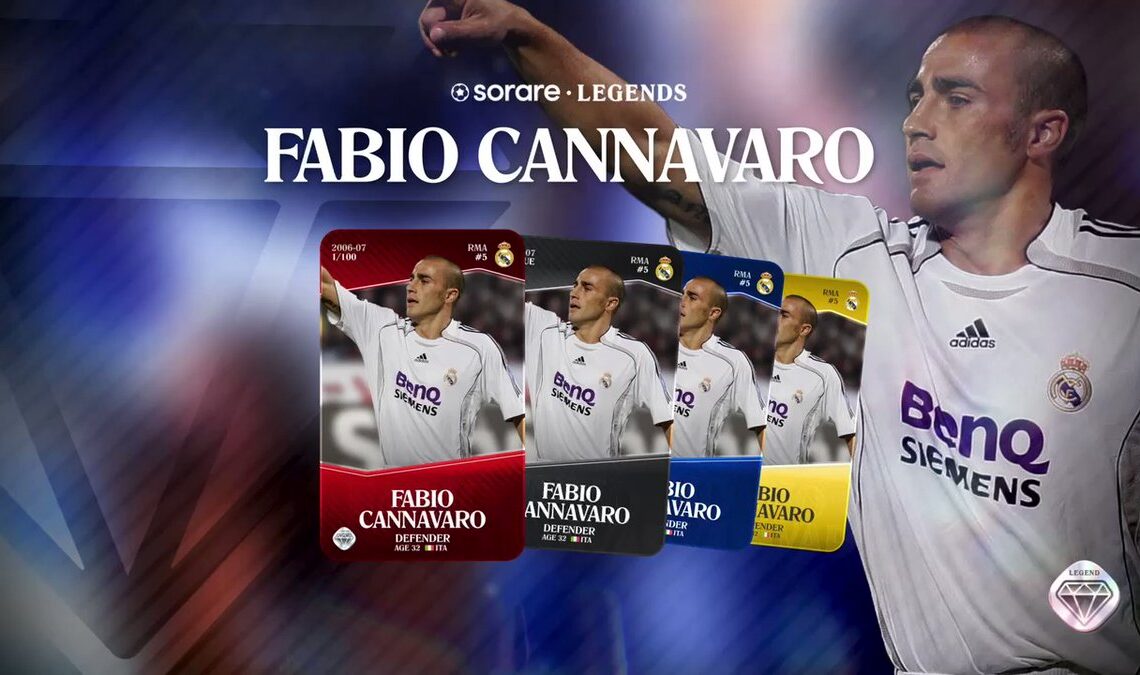 Sorare continues to do well on its promise of providing exciting content across the board. The release of new game modes and exciting collaborations might dominate the news surrounding the game. But Sorare has also managed to keep adding new legendary players to its growing list of champions. The latest addition is perhaps one of the best defenders the world has ever seen. He hails from the city of Naples, having garnered an incredible number of honours on both club and national levels. He’s none other than Fabio Cannavaro. That’s right, the Berlin Wall is finally here on Sorare. After one of the most illustrious careers, Cannavaro is immortalised with his very own set of legendary Sorare cards. His legacy might help you win some more Sorare rewards, adding more trophies to your own cabinet.

Hailing from Naples, Fabio Cannavaro originally played for Bagnoli, although he was quickly spotted by one of Napoli’s scouts. He got his first match on the first team in 1993, playing alongside his idol, Ciro Ferrara. Fabio would play on for a couple of years before Napoli’s financial woes would force them to sell him off to Parma. He immediately found his footing with his new cub, playing in the first team from the summer he joined. Parma was an exciting club at the time, featuring legends like Gianluigi Buffon and Lilian Thuram. During his time there, Cannavaro lifted the Coppa Italia numerous times, as well as the UEFA cup. This would be the only European trophy he would win during his career.

Cannavaro’s exploits with Parma made him one of the most sought-after defenders in Italy. Suitors soon started turning up at the club, and Parma was forced to sell their prized defender to Internazionale. His two seasons with Internazionale were an incredible letdown. Cannavaro was played out of position, keeping him from displaying his full potential. This soon changed once he finally transferred to Juventus. Under Fabio Capello’s management, Cannavaro took his game to the next level, winning multiple Serie A titles and performing well in European championships. Of course, the Calciopoli scandal would cut his time with Juventus short. Even so, he was eventually reunited with Capello at Real Madrid the following season.

In 2006 Cannavaro headed the Italian national team at the 2006 FIFA World Cup. His skills led the team to victory, lifting the cup and earning him the Ballon d’Or.

With a colorful and rewarding career behind him, Fabio Cannavaro now joins Sorare as a legendary player. You can find him sporting his Real Madrid shirt from the 2006-2007 season. Fabio Cannavaro takes on the highest score of Real Madrid’s best current defender, making him a force to be reckoned with. He’ll certainly aid you in your upcoming Sorare tournaments.

Just like that, another legend is added to Sorare’s ranks. Will you be purchasing Cannavaro’s Sorare card? Let us know in the comments below.