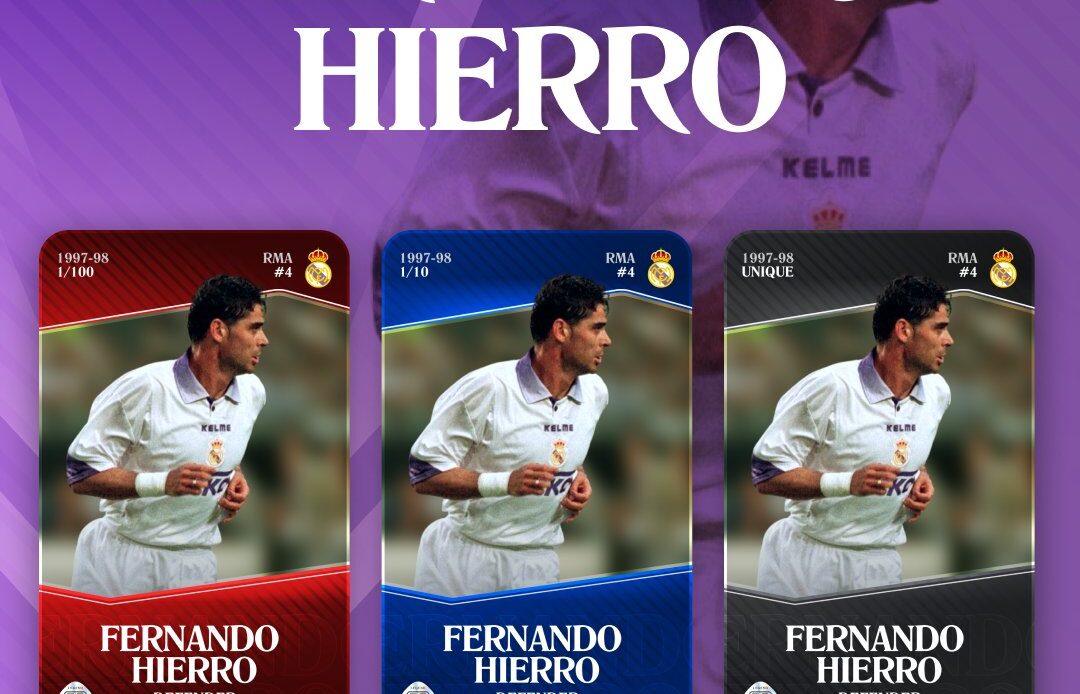 Sorare’s line-up of cards continues to increase with new league and club partnerships, but contemporary football players aren’t the end of it. Through the Legend Card, classic players from football history are also available in game. Having started out as a mere collection of top players from the sport’s past, the cards have now found a way to be useful in game matches as well. The legendary challenge has opened new possibilities for these collections. This has turned the addition of a new player into quite the event. The latest classic player to grace Sorare’s legendary collection is none other than Fernando Hierro. A favourite of his time, Hierro will be a fine asset to all managers that acquire him on their squad.

Contenuti nascondi
1 One of Spain’s Greats
2 Fernando Hierro in Legendary Challenges
3 Another Classic to Add to Your Collection
GET FERNANDO HIERRO CARDS NOW!

One of Spain’s Greats

One of the best defensive players of his time, Fernando Hierro started his career with La Liga side, Real Valladolid. In three years’ time he had the eyes of Spain’s biggest team and by 1989, Hierro was playing for Real Madrid. His inimitable prowess on field and his strong leadership skills made him an invaluable player. Across his 14 years at the club, Hierro achieved legendary status becoming the team’s captain in the process. His contribution to the team resulted in five La Liga titles and three UEFA Champions League trophies. Hierro was also captain for the Spanish national side, leading his squad through the 1994, 1998 and 2002 World Cups. He also played in the 1996 and 2000 European Championships.

Fernando Hierro officially retired from playing in 2005 and eventually set his sights on a managerial role. From assisting with his beloved Real Madrid, to leading Real Ovideo in the Segunda Division, he built his credentials well. In 2018, he served as the head coach for the Spanish national team.

You’ll be able to get your hands on a variety of rarity cards for Fernando Hierro. The card presents the legend during his 1997/1998 season with Real Madrid, which saw him win his first UEFA Champions League title. His card lists him playing in a defensive position. What this means in legendary challenge terms is that Hierro gets his score based on the best defensive player on Real Madrid’s current squad. Managers looking to build their strategies for the upcoming challenges will definitely want to get their hand on such a great asset. The legendary player’s card is currently available on Sorare.

Another Classic to Add to Your Collection

Sorare contains to strengthen its line-up of classic players and Fernando Hierro is worthy addition to the game. The Real Madrid legend has had one of the most accomplished careers in football and its one worth celebrating in Sorare. If you’re looking to bolster your defensive side for the upcoming legends challenges, be sure to keep Hierro in mind. For more Sorare news, updates, tips and tricks stay tuned to WeSorare.com.