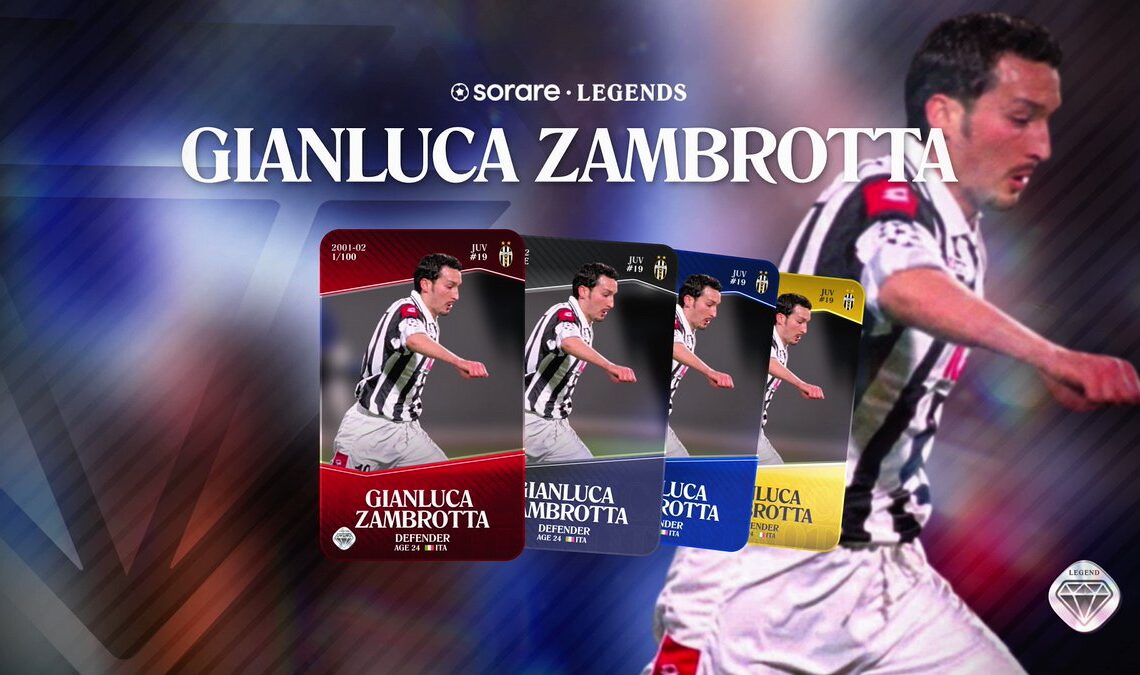 Sorare legends continue to be added to the game at an impressive rate. What began as a limited selection of classic football icons has now become an expansive library with some o the sport’s best players making an appearance. The latest addition is a 2006 world champion and Juventus legend that seared fear into the hearts of strikers around the world. Gianluca Zambrotta is the new Sorare legend, bolstering defences across Sorare tournaments that support legendary cards. The iconic defender has had one of the most incredible sporting careers, playing for some of Europe’s finest teams and lifting the most relevant cup of them all.

Back to humble beginnings, Gianluca Zambrotta kicked off his career playing for his hometown club Como back in 1994. His talent didn’t go unnoticed and soon enough, Gianluca was on his way to Bari, competing in Serie A, Italy’s top league. Two busy years at Bari earned Zambrotta his first spell with Italy’s national team, playing under the guidance of goalkeeping legend Dino Zoff. But the national team wasn’t the only team to spot his incredible potential. Carlo Ancelotti insisted on bringing Zambrotta to his Juventus project, signing the young defender in 1999.

Zambrotta’s time with the bianconeri made him the legend he is today. During his time in Torino, Zambrotta lifted four Serie A titles, even reaching the 2003 Champions League final, and losing to AC Milan. He played under the likes of Lippi and Capello, honing his skills further and cementing himself as one of the best right backs in the world. Perhaps his biggest success came during the 2006 World Cup when Zambrotta formed part of the Italian national team that lifted the coveted trophy.

The Calciopoli scandal took Zambrotta away from Italy with a transfer to Barcelona FC. He spent two years with the Catalan giants before heading back to Italy. This time round he joined Juventus rivals AC Milan, playing there until his contract’s expiry in 2012. He ended his career playing for Swiss side Chiasso in 2015.

Zambrotta remains one of the best defenders to ever play the game. His talents can now serve you in upcoming Sorare strategies thanks to his inimitable skill. You can grab Zambrotta’s card in all rarity levels, which see him sporting the 2001-2002 Juventus shirt. Gianluca Zambrotta picks up the points of Juventus’ current best defender during match days.

Sorare continues to add more quality players to its repertoire. Zambrotta is the latest in a line of fantastic players to be added to the growing library, making legendary challenges even more exciting. As one of the best defenders ever, Zambrotta’s card will certainly solidify your defence, earning you some great Sorare rewards in the process.