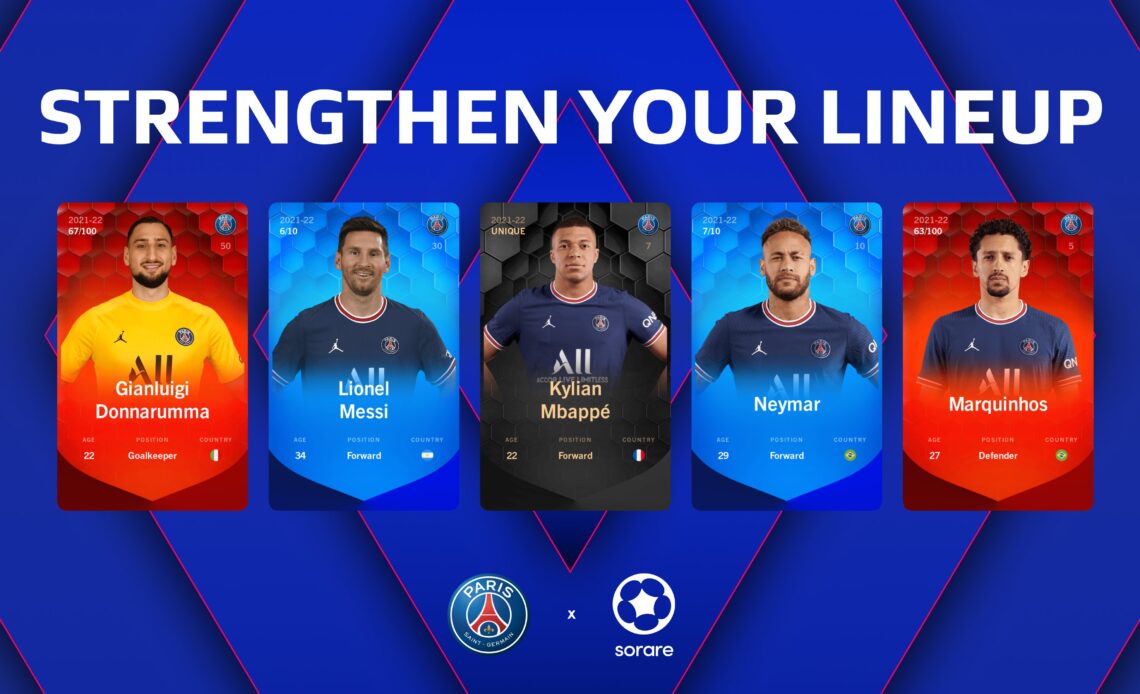 Many would argue that football goes beyond being a mere sport, and we would agree. Its an experience that can bring people closer together, supporting each other through difficult moments and celebrating great triumphs. One of the most successful French teams in recent history has to be PSG. Paris Saint Germain, rose to prominence in the past 15 years, upsetting the status quo of the French league to become the dominant force in the country. It’s a story of passion, determination, and success, culminating in some of the most incredible moments we witnessed in the past few years. In 2022, the club celebrated their tenth Ligue 1 victory, cementing themselves in the annals of history. Its an astounding achievement, one which so Sorare decided to mark with a historic auction.

Though the club is now one of the most recognisable names in sport, PSG was originally split up into two different teams. Paris FC and Stade Saint Germain joined forces back in 1970, merging to become Paris Saint Germain. Though they got off to a bit of a rough start, the Parisians enjoyed a spell of success during the 1990s. The club won the French League, Cup, League Cup, Super Cup and even the UEFA Cup Winners Cup. Yet the success was short lived, and PSG fell on hard times during the 2000’s.

All was not lost though, as 2011 saw Qatar Sport Investments buying out the club, effectively turning it into one of the richest teams in France and the world. The club is now worth $2.5 billion and plays host to some of the biggest names in football. As PSG became more competitive both in the local and European scene, quality players started flooding in from all parts of the world. In fact, this year’s league title was one with the likes of Donnarumma, Neymar, Messi and Mbappe among other big names.

Over the years, PSG have acquired league after league, resulting in this year’s title being their 10th conquest. Sorare celebrated this fantastic achievement. Players could sign up to be a part of a lottery that gave away four cards. Chosen players won a rare Donnarumma and Marquinhos card, as well as super rare Neymar and Messi cards. The ultimate prize was presented as a historic auction. Players could bid on a unique card of none other than Kylian Mbappe. The lucky players walked away with some fantastic cards to celebrate the club’s incredible achievements.

Celebrating The Success of PSG

PSG’s astounding success is a cause for great celebration. We hope to be seeing more of this kind of initiative coming from Sorare in the near future. So, did you manage to get your ands on one of these incredible PSG cards? Let us know in the comment section below.