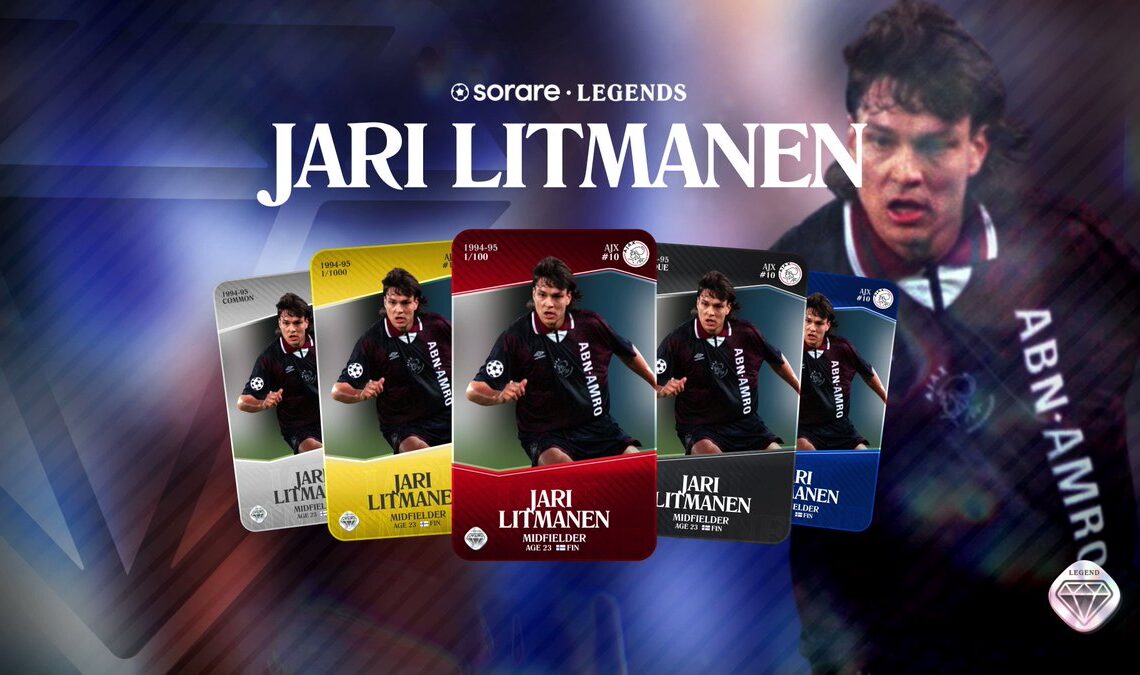 As the list of legendary cards continues to grow, Sorare managers are getting more options to deploy some of their favourite players. The latest legend to grace Sorare’s pages hails from Finland and managed to win the hearts of players across all of Europe and the world. His name is Jari Litmanen and his exploits with the likes of Ajax, Barcelona and Liverpool earned him his legendary status. The Kuningas is now a legendary player on Sorare.

Litmanen’s career began at the tender age of 16 when he broke into the first team at Reipas in Finland. In 1991, he made his move to HJK, Finland’s biggest football club before joining MyPa a year later. His performance during the Finnish Cup final impressed a scout from Amsterdam who decided that Jari might just be the right player for Van Gaal’s new project.

Although his first season was mostly spent on the bench, Jari Litmanen quickly moved up the ranks at Ajax, replacing Denis Bergkamp as the squad’s number 10. The rest, as they say, is history. ‘The Professor’, as he became known at Ajax, became an absolute star, becoming the Eredivisie’s top scorer and Netherlands’ Footballer of the Year. His achievements in the Netherlands included three league victories. But his accolades wouldn’t stop there. Ajax managed to make it to the UEFA Champions League final twice in a row. The team took the trophy home the first time round, cementing Litmanen as a European champion.

From then on, Litmanen joined Barcelona and even Liverpool, before eventually returning to the Netherlands. His career ended back home with HJK in 2011.

As one of the most important players of the 90s, Jari Litmanen is immortalised forever with his Sorare legendary card. He sports the Ajax shirt from his UEFA Champions League triumph back in 1995. Jari takes on the highest score of the current Ajax midfielders in Legendary challenges. The Jari Litmanen card can be bought across all scarcity levels, from Common to Unique. Be sure to deploy Litmanen in your latest Sorare strategies if you’re looking for a strong midfield legend.

A New Legend is Here

Sorare’s list of legendary players continues to expand, with more players from different countries around the world. Jari Litmanen was one of Ajax’s most iconic players, leading one of the most successful eras in the club’s history. His magnificent achievements can now help you win your own, thanks to Sorare’s Legendary Challenges. Litmanen’s card can serve you well in upcoming Sorare tournaments, so be sure to get a hold of the legendary number 10’s card as soon as you can. For everything on Sorare, be sure to keep checking back to WeSorare.com.

By Anton Saliba
2 Mins read
The European football seasons have to come to an end, and what a year it’s been. All across the continent, clubs have vied for the top spots, hoping to be crowned champions within their country….