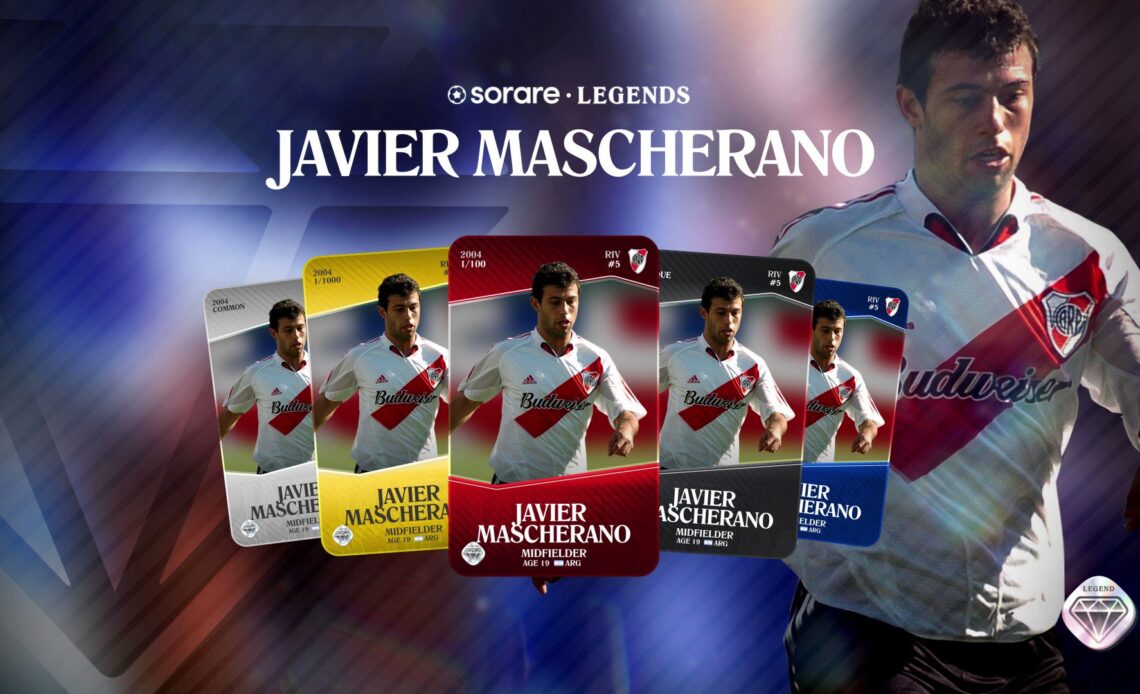 The legendary Argentine footballer is a new Sorare legend. A household name since his success at River Plate almost two decades ago, Javier Mascherano achieved success everywhere he went. After winning some of the most prestigious honours in the sport, Mascherano is now available as a Sorare legend card. Ready to deploy his skills in your next Sorare tournament? Read on below to find out more.

A product of River Plate’s youth system, Javier Mascherano built his way up within the team. Success finally came in the form of a Clausura Championship in 2004. But the following season brought its fair share of woes for River Plate and Mascherano transferred to Corinthians in Brazil. Here he met compatriot Carlos Tevez and the two became a force to be reckoned with. As Corinthians sunk in the league table, they offloaded both Mascherano and Tevez to London’s West Ham United. But financial complications made his time in London incredibly difficult and within a year, Mascherano was on his way to Premier League giants, Liverpool.

Liverpool is where Mascherano rose to legendary status. He formed part of Rafael Benitez’s strong squad, playing alongside Xabi Alonso, Fernando Torres, and Steven Gerard. In the initial season, he got his first taste of UEFA Champions League final tension, though the title was ultimately won by AC Milan. 2010 saw him move to Spanish champions Barcelona, and the rest as they say is history. Here Mascherano won 5 La Liga and Copa Del Rey titles, cementing Barca as Spain’s dominant club. Honours would also come in the form of two UEFA Champions League and UEFA Super Cup trophies. Mascherano also formed part of the FIFA Club World Cup team that lifted the trophy in 2011 and 2015.

In 2018, after 8 years of inimitable success, Mascherano parted ways with the Catalan club, moving to Hebei China Fortune for two seasons. He spent his last two seasons back in his homeland of Argentina playing for Estudiantes.

With a colourful career like Mascherano’s, it’s hard to pick the best phase to cement his legendary status. But Sorare found that answer in Mascherano’s initial success at River Plate. His legendary card displays him in a 2003/2004 River Plate shirt, during the season that gave him his first taste of success. As a legendary card, Mascherano can be used in Legendary challenge strategies. His card will take on the highest points of River Plate’s top midfielder. The legendary card can be purchased in all Sorare scarcity levels.

An Elite Addition to Any Sorare Squad

Whether you’re playing on your desktop or enjoying the action on the mobile app, you can add Mascherano’s talents to your Sorare squad. Managers will want to have his skill on their side in the upcoming challenges, as Masche is sure to deliver.