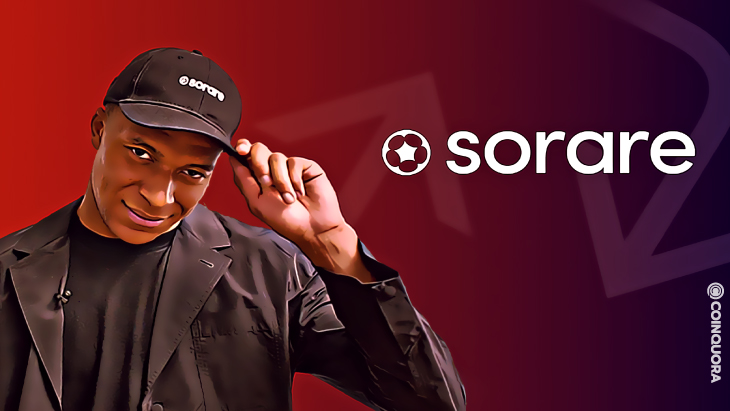 Collaborations are a key element to Sorare’s success. The game has strategically aligned itself with great investors, ambassadors, and collaborators, building a strong portfolio that adds trust and value to the company. But although all of these past relationships have helped push the brand forward, this last addition eclipses them all. PSG legend and French world champion Kylian Mbappe has signed on as a brand investor and ambassador. It’s a huge announcement, one that propels the company to new heights and a whole new level of popularity.

A New Era for Sorare

Sorare has seen several shifts in recent months, with the game growing its club count, player representation and number of users. But the last collaboration the game has solidified has propelled its value to an extraordinary level. Kylian Mbappe, PSG’s top striker and 2018 world champion has officially signed on as an investor and brand ambassador. The news is as big a deal as it gets, with the player’s incredible influence drawing an unprecedented amount of attention towards Sorare and all it has to offer.

The effects of this collaboration are already visible. In just 24 hours since its announcement, Sorare made an incredible $6.6 million worth of NFT sales. This incredible impact displays a 795% increase in sales within a tiny timeframe, pushing the game’s worth significantly. This also comes only days after the NFT market suffered a major crash. It can be taken as a double win, one that but the game and its NFT goods back into gear. Registering the biggest name in football is a big leap for the brand, helping it follow its firmly established course toward worldwide recognition.

One of Many Key Collaborations

Kylian Mbappe’s ambassadorship is incredibly beneficial, but it is only one of the cogs in the game’s pr machine. Sorare has been adding key leagues and clubs to its portfolio. This has grown its presence across countries and continents around the world. The creation of legendary player cards also means that the game gets backed by legendary icons who lend their likeness to Sorare’s collectable cards. Earlier this year, Sorare announced a licensing deal with MLS, bringing the entire North American football league under its wing. But the game’s ambitions extend beyond the world of football. A new collaboration with MLB will be pushing the brand into the world of baseball as well.

It seems like Sorare will keep expanding its operations, and with its current rate of growth, the sky’s the limit.

Kylian Mbappe is the New Face of Sorare

Sorare has been busy quelling any doubts there may have been about the viability of its business. So much so, that the brand is now recognised across all of the football world. Kylian Mbappe is currently the most sought-after player and as has already been displayed, his partnership with Sorare is incredibly beneficial.