The Spanish La Liga finds a Historic Agreement with Sorare 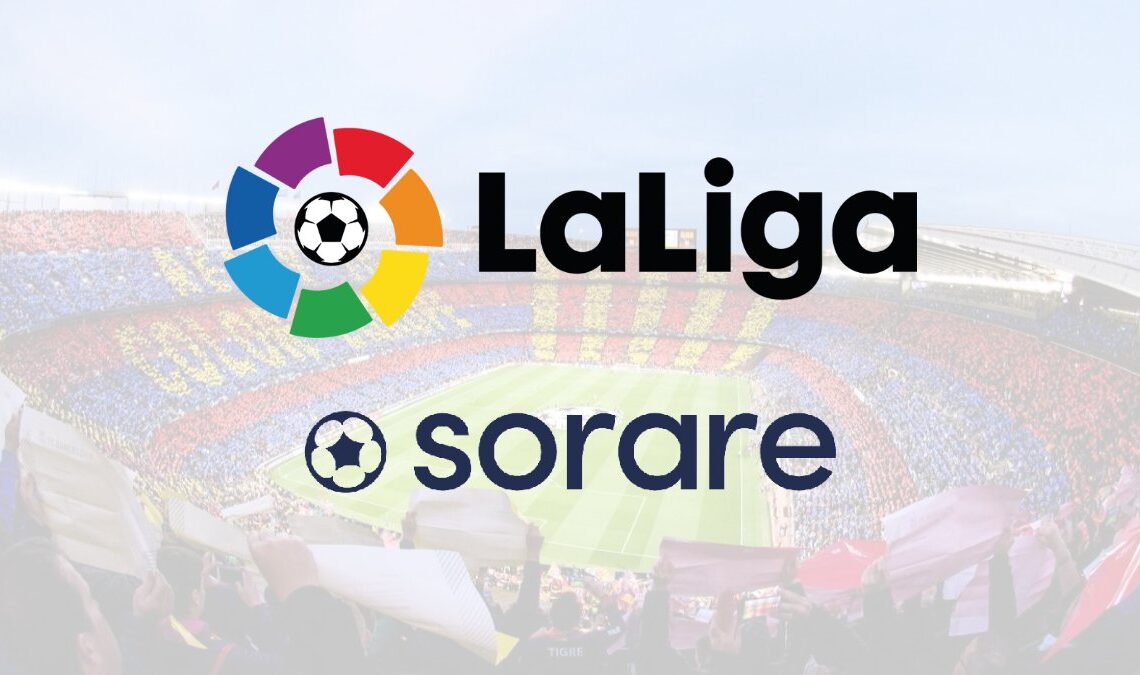 Contenuti nascondi
1 How does the partnership between Sorare and La Liga work?
2 Official statements
3 The operation of the opening rod
4 Important news for Game week number 200
5 How to prepare for the scouting of La Liga
5.1 The goalkeepers
5.2 The defenders
5.3 In midfield
5.4 Among the Spanish attack units

One of the most popular sports leagues ever, and always one of the richest and populated with top players, La Liga becomes the first of the top five football world championships to fully enter the NFT space for the first time… and chooses to do so with Sorare. This announcement significantly increases the functionality of the platform by making all 20 of the best teams in the Spanish league available, which will therefore be added to the four Spanish teams that were already present on the platform.

How does the partnership between Sorare and La Liga work?

La Liga and Sorare are offering a new way for fans of Spain’s major league to fuel their passion for football and connect with their favorite football teams and players. Thanks to NFT memorabilia representing player cards in Sorare, the SO5 system, pitchside announcements, and tickets for fans that offer unique football experiences (which money cannot normally buy), LaLiga and Sorare are working together to open the world of NFT to millions of fans around the world for many years to come. We are not talking about a simple business partnership, but a shared vision for the future of fantasy sports.

Referring to this groundbreaking announcement, Sorare CEO Nicolas Julia states that: “La Liga is one of the best leagues in the world, home to some of the most exciting clubs and players in the world. We are very proud that they have chosen Sorare to enter the world of NFTs. We look forward to working together in the years to come ”.

In turn, Javier Tebas, president of La Liga, added verbatim: “ Always at the forefront in terms of innovation, we continue to look around us, with an eye to the future, to offer our fans new experiences. To constantly improve and to offer better coverage to our brand, Sorare will allow us to reach new young communities, especially in Asia and America. We are very excited to be working with Sorare, the most exciting Sports NFT project in existence today ”.

So to recap: from today all 20 La Liga clubs will join Sorare with their player cards which will consequently be available on the fantasy market we have talked about in detail at this link. These will be busy days of study for Sorare managers, so below we will provide our readers with an overview of everything they need to know to better prepare for this exceptional novelty.

The operation of the opening rod

The Sorare development team has put together something different this time for the launch of the La Liga, so as to properly celebrate Spain’s legendary flagship championship. A sort of imaginary “six-stop tour” has been planned in the respective sunny regions of Spain, in order to launch a new Spanish club on the fantasy market platform about every thirty minutes.

For the first time ever, the “Limited Starter Pack” bundles will also be released for die-hard fans of this league or for anyone who wants to immerse themselves passionately in the affairs of La Liga. Each package will therefore include a goalkeeper, a defender, a midfielder, a forward and an extra outfield player, all from the same club. They will arrive at the market in these days of eager anticipation.

These days mark an important change not only for Sorare and for the community of NFT card traders, but also for Game Week 200 of tournaments played. To celebrate the launch of the Liga and the “Mighty 200”, Sorare has in fact organized a very special extra week.

The cd. “Mighty Top 200 Managers” will win a special edition of the Game Week 200 “La Liga Limited” card. The manager at the top of the leaderboard will win a limited special edition Gerard Piqué card. This card will represent in the future not only the official recognition of one’s own as a true fanatic of fantasy football, but will also allow a full-cost journey towards the largest national championship game in the world: the famous “El Clasico”.

In fact, the manager who owns this card will be able to collect this reward for the most popular football derby in the world from September 30th. Sorare’s development team is truly harnessing the immense potential of NFTs and connecting the experiences of the digital and physical worlds. This award is just another step of many others, which will constitute increasingly special moments for the most deserving users of the platform. A real property with real connection to football that counts thanks to their Sorare NFT cards.

How to prepare for the scouting of La Liga

We have already mentioned in a previous contribution how the specialized site Sorare Data is able to provide a broad analysis of each player present in Sorare and much more. Today we will leverage these invaluable metrics to provide a department-by-department overview of the best talents joining Sorare as militants in Spain’s premier football league.

The section relating to goalkeepers certainly seesThibaut Courtois among the best prospects, the keeper for Real Madrid has an average score in the last fifteen days of 52.06. Another absolute phenomenon is undoubtedly the number one of Atletico Madrid, Jan Oblak, averaging in the last 15 appearances a score of 51.55. Diego Lopez of Espanyol and Geronimo Rulli of Villareal are also in the top five have scored respectively on average scores equal to 49.59 and 49.65, but beware, the first of this special ranking is instead number 1 among the goalposts of Osasuna, with an average score in the last fifteen equal to 56.15: incredible.

In the defense department the undisputed king is Gerard Pique of Barcelona, ​​a stellar average of 62.67 in the last fifteen appearances as a very titular of the blaugrana. David Alaba of Real Madrid and Aissa Mandy of Villareal also amazed by scoring average scores of 61.35 and 58.58 in the last fifteen games played. Still in the Blaugrana ranks, Jordi Alba averaged 58.15 points, and closes this special classification of the Gayà backlog of Valencia with 57.50.

In the median of midfield we find a top three of excellence: Carlos Soler of Valencia with 67.37; Toni Kroos of Real with 67.21; and the ball of gold always of the blancos Luka Modric with 66.62. In fourth and fifth place are the Barcelona champion Frenkie De Jong with an average score in the last fifteen of 61.73, and another blancos from Madrid, Casemiro, with an average of 60.24.

Among the Spanish attack units

The new signing of Barcelona Memphis Depay scores an average of 75.89 in the last fifteen games played, an alien who wins first place among the talents of the advanced department. To climb we go to find Arnaut Groeneveld of Villareal and Karim Benzema, captain of the Blancos, respectively with average scores of 63.25 and 61.65. In fourth position Iago Aspas of Celta Vigo, with a score of 60.90 finally in fifth position among the top scorers in attack according to SorareData we find the phenomenon Gareth Bale, also coached by Carlo Ancelotti in Madrid, with an average of 59.87 points.

All that remains is to wish our readers good luck and for those who are still beginners a tip to take a look at our definitive guide to Sorare which you can find at this link.