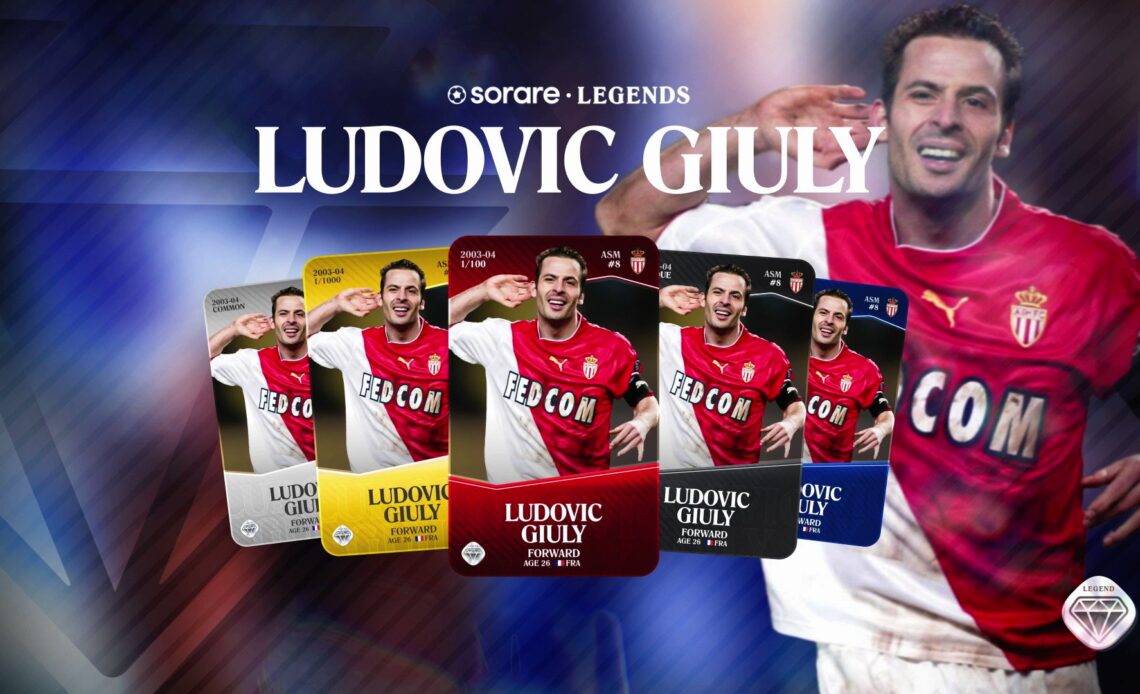 Sorare really is spoiling its fans for choice. The game made a promise to continue releasing a stream of new player cards and so far, it has done well on its word. Legendary cards keep being added to the game, especially since the Legendary Challenges have been implemented. This time around, the legend comes in the form of Monaco giant, Ludovic Giuly. Having played for some of the best teams in Europe, Giuly had an incredibly colourful career. But what does this new addition bring to the table? Read on below to find out.

The Lion of Lyon

Our legend’s tale begins in his hometown of Lyon, where Ludovic Giuly joined Olympic Lyon back in 1994. Nicknamed ‘the magic elf’, Giuly impressed fans and scouts, eventually earning himself a transfer to AS Monaco. Here the winger flourished, delivering stunning performances that led to a Ligue 1 victory in 1999. In 2004, under the leadership of Didier Deschamps, Monaco and Giuly made it to the UEFA Champions League final, having eliminated both Real Madrid and Chelsea in the process. Unfortunately, the night ended in tears, as Jose Mourinho’s Porto took the title home.

But Giuly’s efforts had been marked by none other than FC Barcelona. In the summer of 2004, he moved to the Catalan capital. Here he helped the club win two consecutive La Liga titles, before finally winning the prized UEFA Champions League in 2006. Giuly and Ronaldinho formed a fantastic duo at Barca, creating some of the most incredible set pieces that continuously propelled the club to glory.

Eventually, Giuly made his way to Italy, joining AS Roma in 2007. Although his time in Rome was short-lived, Ludovic managed to lift the Coppa Italia at the end of the season. Eventually, he returned to France. This time around, Giuly joined the ranks of PSG, forming part of what would eventually become the most powerful club in the country.

Giuly now lands on Sorare, the latest legendary card to hit the game’s store. He comes clad in the 2003/2004 AS Monaco shirt that saw him debut in the Champions League final and takes on a midfield position. As such, whenever Giuly’s card is used in a legendary challenge, he will take on the points of AS Monaco’s current top midfielder. You can buy Giuly’s card in all rarity levels.

Sorare continues to add more value to their game, dropping in more legendary cards to collect. Ludovic Giuly is one of France’s most iconic players and will be an asset in any eligible Sorare tournament. He is now available for purchase and ready to be deployed in the upcoming Legendary challenges. For more information on Sorare news, tips and tricks, be sure to keep checking back on WeSorare.com.