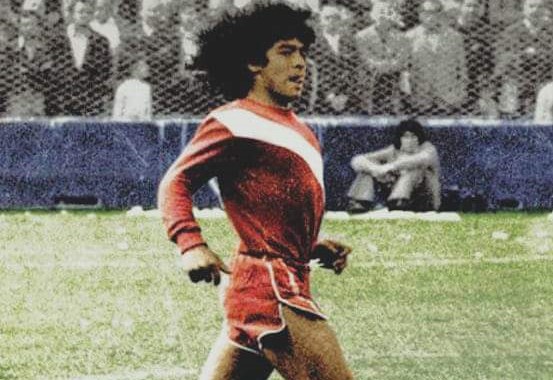 On the 20th of October 1976 one of the greatest players of all time made their entrance onto the world scene. Diego Maradona made his debut for Argentinos Juniors on that day and forever changed the game. Although he would go onto greater, and more controversial, things later on in his career his debut still lives on in the memory of those there. At just 15 years old he showed off his dazzling skills and trademark runs that would punctuate the field for years.

Now, that precocious 15 year old superstar is available as a card of Sorare. The Maradona card from the 76/77 season has just landed on the market. This comes along with the news that Argentinos Juniors are also available to players at Sorare. The market is hotting up with the top class cards that are available at the moment.

By giansla
1 Mins read
iOS and Android players will finally be able to access SorareData as a mobile app. No longer will players have to log into their desktop computer in order to access the more intricate aspects of…
News

By giansla
1 Mins read
15 new SuperLig clubs have arrived at Sorare It means the league has partnered for the Sorare NFT fantasy football platform. The Sorare team announced that other clubs in the same league will soon be…
News

By giansla
1 Mins read
Over the last few days, several Serie A clubs announcements have been made that confirms their participation with Sorare for the 2021/2022 season. We are talking about five clubs of the top division of Italian…