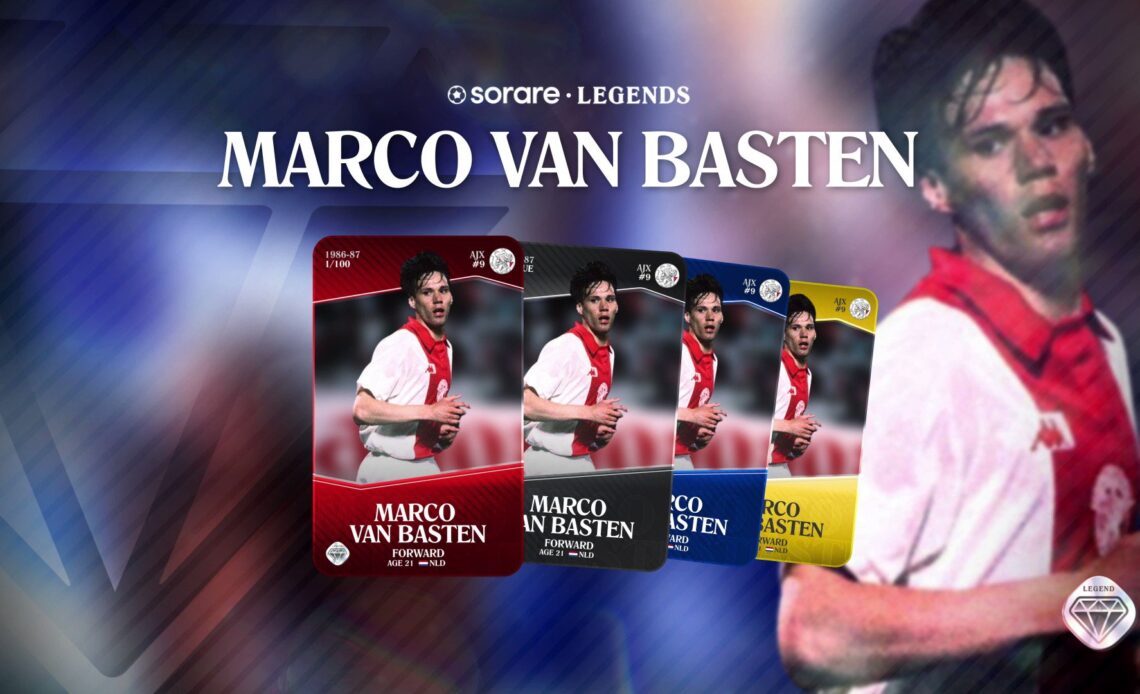 The stream of fantastic Sorare legends continues. By now, you can purchase a great selection of legendary Sorare cards for your favourite icons, across all playing positions. As part of its promise, Sorare continues to add even more players to this collection. The latest addition is remembered as one of the deadliest and most skilled strikers to ever grace the game. The Dutch international and Milan legend is up next, Marco Van Basten. Amidst the incredible performances, he fielded across his years playing for Ajax and Milan, Van Basten also won the golden ball three times. The striker may no longer be winning new honours, but he can help you towards your very own Sorare rewards.

A Striker Unlike Any Other

Originally playing for his hometown team of Utrecht, Van Basten soon made a move to Ajax, joining the club when he was just 16 years old. He debuted for the first team that season, coming on as a substitute for none other than Johann Cruyff himself, even netting a goal against NEC. In the following years, Van Basten established himself as the club’s preferred striker. This position allowed him to become the local league’s top scorer for four years in a row, winning him the European Golden Boot. In 1987, he scored the winning goal that brought Ajax the Cup Winners Cup.

That very same year, the striker signed for the Italian side, AC Milan. The first two seasons in Milan were spectacular. The club won the Scudetto and the Champion’s League, earning Van Basten his first Ballon d’Or. During his time at Milan, the club would go on to win three European titles as well as four Scudetto titles. The honours wouldn’t stop at club level either, as Van Basten earned another two Ballon d’Or honours. Sadly, his final two years at AC Milan were plagued with an ankle injury that persisted, robbing him of any action the team saw over those two seasons. Although Van Basten was hopeful he would play again once his rehabilitation was complete, the injury held him back from returning to the pitch. In 1995 he announced his retirement from football at just 28 years of age.

On an international level, Van Basten was a constant in the Dutch national team. He was crucial to the team’s victory in EURO 1988, scoring a stunning goal against the Soviet Union. He was also named player of the tournament for this overall performance.

Although his career was cut short in its prime, Van Basten is still remembered as one of the greatest strikers in the game. His iconic status has spawned this legendary card which is available in all scarcity levels. He sports the Ajax shirt from 1988 and as such takes on the points of Ajax’s current best striker.

Van Basten is one of the best strikers to have ever played, but will you be adding him to your upcoming Sorare strategies? Let us know in the comments below.