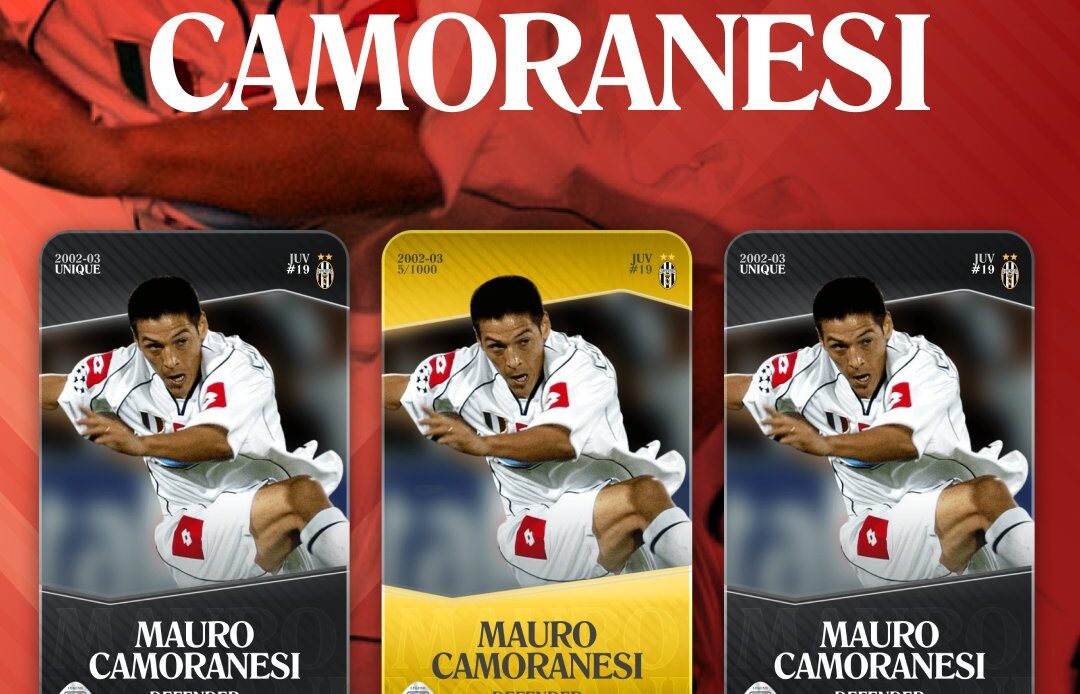 Sorare loves taking us down memory lane with every new legendary player it adds to its collection. This year alone has brought over 20 icons to the game’s growing collection, with more to come before it’s finally through. From local league stars to world champions, we’ve seen them all. This next Sorare legend has had the honour of being both, with countless Italian honours under his belt, as well as the holy grail itself, the FIFA World Cup. He’s none other than legendary Juventus and Italy winger, Mauro Camoranesi. His inimitable performances have led squads to unimaginable glories, and he could very well form part of your own trail towards Sorare rewards, should you field him in your own selection.

Born in Argentina, Mauro Camoranesi dreamed of playing for the country’s top club, River Plate. But the young player trained with Club Atletico Aldosivi, a team close to the town of his birthplace. After a spell across various clubs in South America, Camoranesi finally made his way to Europe and Italy’s Serie A. His move saw him join Verona in 2000, where he spent two years helping the club avoid relegation. Many saw the young winger’s talents when playing for Verona and Camoranesi caught the attention of Italian giants Juventus, who signed him in 2002.

Mauro Camoranesi got off to a fantastic start with the Old Lady, winning the league title and Coppa Italia during his very first season. The club also reached the final of the Champion’s League that very year. The following two seasons were equally fantastic, with Juventus cementing themselves as the undisputed Italian champions each year. Although 2006 saw the club embroiled in the Calciopoli scandal, Mauro Camoranesi was one of the few players who stood by Juventus, remaining with them throughout the next few turbulent years. He played in Serie B the following year, helping the club take its place in the top flight once again. In 2010, he finally departed Turin, heading over to Stuttgart before joining Lanus and finally Racing Club back in his home country of Argentina.

Despite being Argentine, Camoranesi was eligible for Italian citizenship due to his Italian roots. The winger joined the country’s national team, featuring in Euro 2004. But the greatest honour of all came when Lippi called him to his squad, the very same one that would go on to win the 2006 FIFA World Cup. He would continue playing in the national squad until 2010.

After such an illustrious career, Mauro Camoranesi has been admitted into the Sorare Hall of Fame. You can get your hands on the Camoranesi card in all scarcity levels. He sports the Juventus shirt from their 2002/03 Serie A victory. As a midfielder, Camoranesi takes on the points of the best current Juventus midfielder.

Will you be adding Mauro Camoranesi to your upcoming Sorare strategies? Let us know in the comments below.