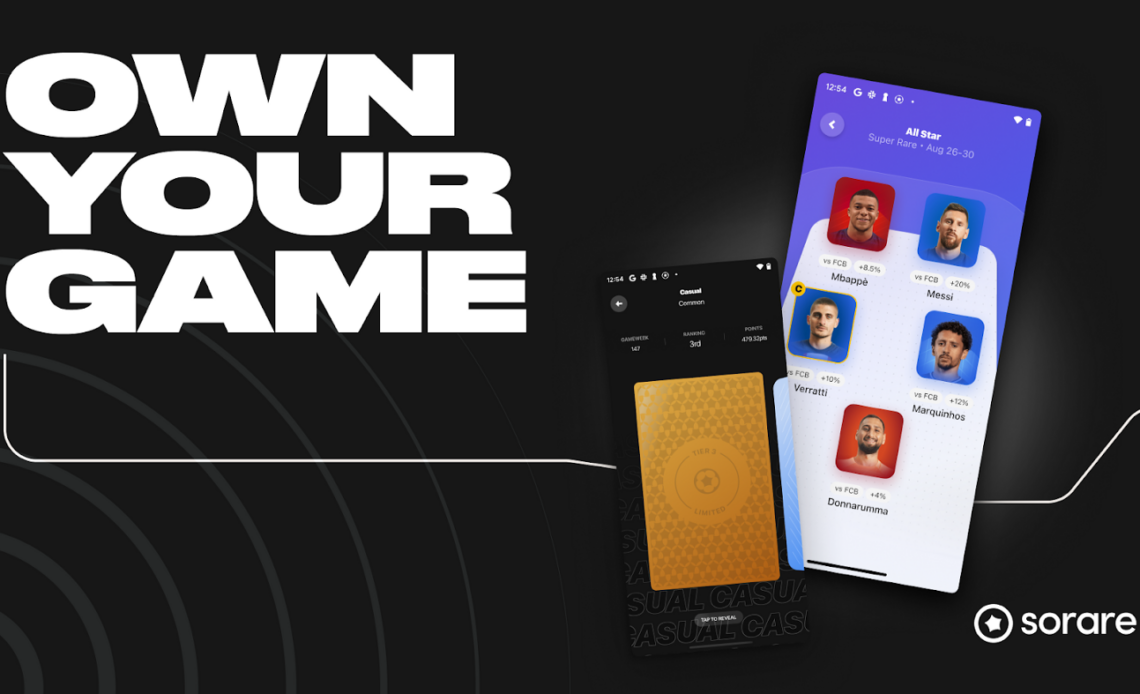 Ever since a dedicated iOS Sorare mobile app was announced way back in March of 2022, players have been hoping for an Android version. The team immediately declared its plans for this version, even if development lagged behind its Apple counterpart. A dedicated app that can run on your favourite Android devices has been a dream for some and Sorare have made good on its promise. The Sorare Android App is finally here in all its glory, delivering the experience you’ve long been waiting for. But does the experience live up to expectations? Is this really the dedicated Sorare app we’ve all been waiting for? Read on below to find out!

While iOS users have been showing off their fancy Sorare app for months. The application was originally announced during the game’s first content update back in March of 2022. The iOS app was originally available in the beta format before the full release was issued and the Android version followed in these footsteps. A beta version for Google devices was released last August, giving users a taste of what was to come.

Now, players can finally enjoy the full app in all of its glory, as it finally makes its way to the Google Play Store. The app brings a more dedicated experience to the table, with features and functions that make playing on the go that much easier. Sorare has also been busy updating the app with additional mechanics and functionality, making this mobile version a particularly useful tool.

Enjoy Playing On Your Favourite Device

So, what exactly does this new Android Sorare app have to offer? Quite a bit, to be honest. Sorare managers can have a detailed look at Game Weeks, looking into past, present, and upcoming competitions. The app gives you a clear look at all your squads, allowing you to set your Sorare strategies accordingly. Sorare tournaments are another main attraction on the app. Sorare managers can look into what each tournament has to offer, complete with scarcity requirements and leaderboard information. These tournaments also feature in the app’s roster of events, with a detailed look at the player cards involved, as well as their respective scores and game results. You’re even able to enter tournaments and set up your squads for upcoming game week challenges.

All of these features are supported by mobile push notifications. These nudges keep you updated with all of the latest happenings in the world of Sorare.

An Android App for Sorare’s Finest

Sorare managers had been asking for a dedicated Android app for quite some time and the game has finally delivered. This version of the app comes with a handful of updates that didn’t feature in the original iOS release. At WeSorare, we’re pumped to have this new tool available on our trusty devices. Will you be downloading the Sorare Android app? Let us know below.

By Anton Saliba
2 Mins read
New game weeks bring new opportunities with them and Sorare has successfully managed to continue dishing out exciting experiences. Over the past few calendars, Sorare has increased its tournament rewards, resulting in more lucrative tussles…