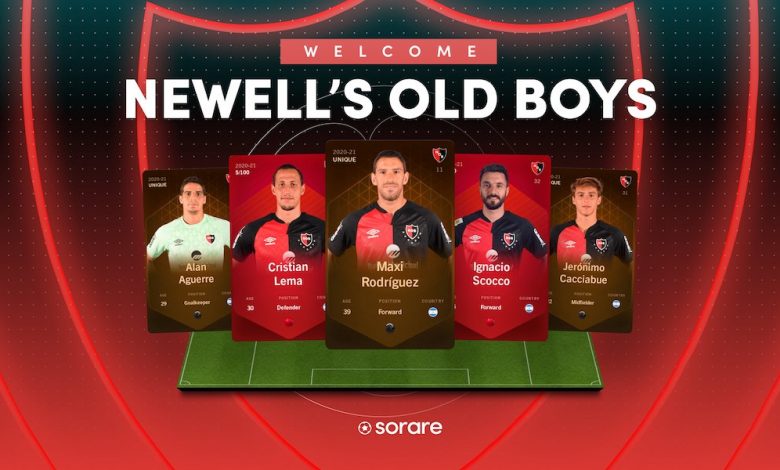 Sorare has been busy, adding top clubs from all around the world to its growing list of licensed teams. The game has seen remarkable growth since its launch. This year keeps on bringing more and more clubs with each passing week. But some clubs tend to stand out from the rest of the crowd. This week, Sorare added one of Argentina’s most prolific teams, Newell’s Old Boys. The club has given the biggest contribution to Argentine football, training some of the best players that have ever represented the country. The team’s youth academy is legendary and its always exciting to see what new talents emerge from this fantastic institution. Their addition to Sorare bodes well for so many reasons. Most importantly, managers will be able to support their squad with Newell’s Old Boys players from now on.

Having been established back in 1903, Newell’s Old Boys has had a fascinating history. The name is derived from Isaac Newell, one of the pioneers of Argentine football. The club built its reputation slowly, finally making it to the Primera Division in 1939. Since then, Newell’s Old Boys have won the title a total of six times, with two appearances in finals of the Copa Libertadores. Yet, the club’s legacy comes from the incredible set of players that have passed through its gates.

Names like Batistuta, Samuel Pochettino, Dezotti, Samuel, Heinze, Maxi Rodriguez and even Lionel Messi all started off playing for Newell’s Old Boys. Diego Maradona himself even played for a season in 1993. Newell’s Old Boys has an incredible history and a long legacy of top Argentine players that have eventually graced the highest level of football. With this much history and relevance, Newell’s Old Boys is a fantastic addition to Sorare’s ranks.

With the addition of Newell’s Old Boys, Sorare managers can get their hands on cards for the entire squad. They come in all scarcity variations and can be acquired immediately to bolster your squad. Players like Vangioni, Perez, Lema, Castro and Gonzalez all have their very own cards, which you can deploy in any upcoming tournament strategies.

More Clubs to Enjoy on Sorare

Sorare continues to do well on its commitment to providing more clubs from all around the world. This year has already seen the addition of many leagues and clubs and we’re sure to see more additions coming our way in the near future. Newell’s Old Boys is one of football’s most incredible clubs, having raised Argentina’s most prolific stars for decades. Their inclusion in Sorare means that ay new proteges that the club raises in the future will be available in game for managers to acquire. For all news and tips regarding Sorare, stay tuned to WeSorare.com.