The Sorare Newsletter: AFCON and Other Info 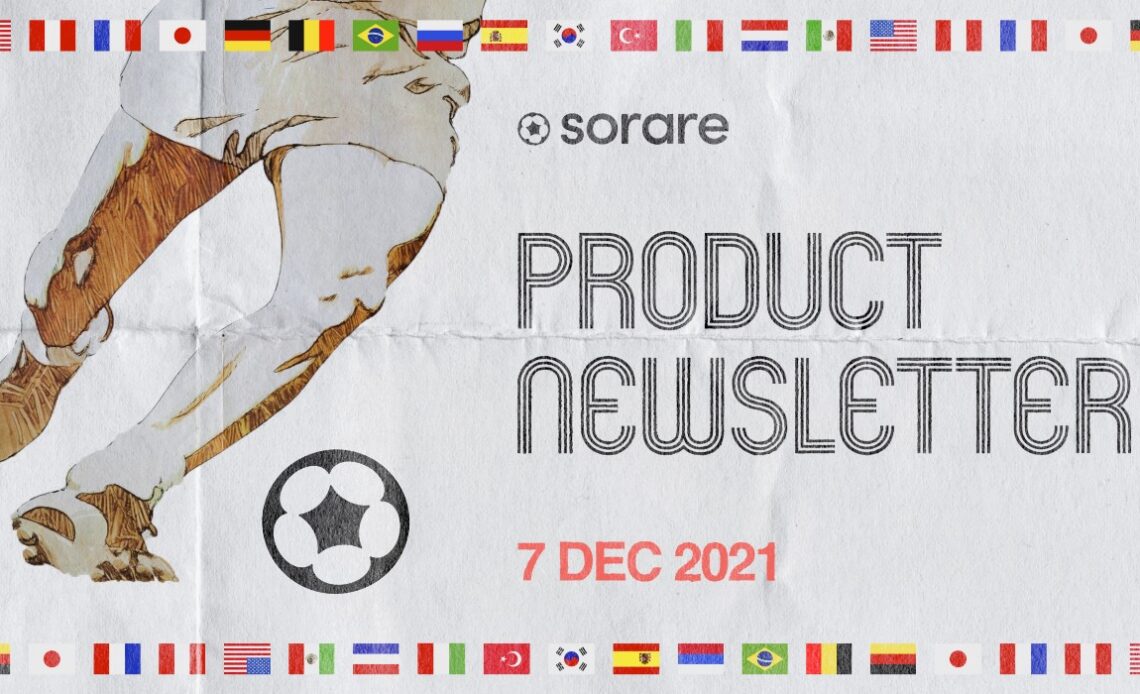 Every two weeks the Sorare team will publish a Newsletter dedicated to each update on the products provided by the Sorare platform to its users. With it, the developers will try to share their gaze on what is happening behind the scenes, so that users can also understand in advance what awaits them in the following months. With today’s contribution we will take care of analyzing what are the latest updates that have leaked from backstage in the last few days.

Contenuti nascondi
1 First news of the newsletter: a new “hybrid” reward system
2 An upgrade to the player rating system
3 Revision to the level system
4 AFCON in the newsletter
5 New increases in the Limited card offer
6 Changes to the creation of formations
7 Conclusions of the Newsletter

First news of the newsletter: a new “hybrid” reward system

In recent weeks, technical tools have been introduced that allow you to switch to a so-called rewards system. “Hybrid”. The amount of variables and inputs used by the current dynamic reward system has made fluctuations very difficult for Sorare users to manage and predict.

The new tools recently implemented will allow on the other hand to better monitor the offer and the reward rate as well as to maintain an adequate level of control of Game Week in Game Week. Now Sorare boasts a dedicated team that will use these tools to better balance the prize pools between the different tournaments offered by the schedule.

It should be noted that the prize pools will still remain “dynamic” and pre-calculated. However, this new hybrid system will bring more consistency and regularity to your playing card winning experience, managing to analyze the number of competitive formations of Game Week in Game Week.

An upgrade to the player rating system

The new evaluation of the players now also takes into account the data relating to those players who are still listed on the market but remained unsold. This type of additional data will serve to further strengthen and balance the player evaluation system. To understand better, let’s give an example of how it would work: a goalkeeper is worth 1 Ethereum; if it happens that this goalkeeper loses his starting place in the team, Sorare’s fantasy coaches will clearly list him on the market no longer at a value of 1 Ethereum, but much less, up to small fractions of ETH that in any case induce someone to invest in it, perhaps with a view to a future transfer. If no one buys this player anymore and it remains completely unsold, Sorare now guarantees that it will no longer keep the value of this player card at 1 Ethereum and that consequently it will consistently drop in level.

The newsletter specifies that this mechanism will not apply to the opposite case as well. If the player is valued at 1 ETH and no one buys it for a market value of 2, that player’s new value will not be counted as “2 ETH”. It will remain precisely at 1 ETH.

Revision to the level system

In this regard, the Sorare team begins by apologizing for the recent problems that have seen some players inserted in the wrong levels for their card. This was the result of a valuation system (as seen up to now modified) which proved too cautious towards significant changes in the value of a player. To solve this problem, the internal process for the review of level assignments was revised, and this was done before the opening of the game weeks by creating a special division of the development team that is able to promptly report any and significant anomalies in the value of a given player card.

The official developers thank all users for their patience and understanding as we continue to try to make constant improvements to the game system as well as the platform as a whole. The policy adopted in this sense is devoted to transparency, and therefore provides for continuous updates on the progress made as well as maximum consideration of the feedback generated by each fantasy coach.

AFCON in the newsletter

The implementation of AFCON is also announced : African Cup of Nations; which will be covered in the different dynamics of the Sorare platform thanks to a new official partnership.

The African Cup of Nations, known by the acronym CAN (Coupe d’Afrique des Nations in French) and commonly known as the African Cup, is the most important football competition in which the African national teams registered in the CAF compete against each other. Over the years, the number of teams enrolled in the CAF has grown considerably, to the point of forcing the introduction of a preliminary qualifying tournament, through which the national teams are selected who, joining the national team of the host country (qualified ex officio ), form the 24 participants in the event.

Following the update on the offers for Limited cards, starting from Monday the cards can be listed on the sales market for a minimum auction price of Euro 0.6 (or at the current exchange rate: 0.0002 ETH).

Changes to the creation of formations

The “No Match” button has also been updated so that when lineups are created, it is automatically selected only when a manager has 0 players for a match in that specific position during the week of play. If a manager has players who have a match in that week of play, the button will automatically be deselected. Other plans are also in the works to improve and clean up the experience offered by Sorare’s gaming arena.

Conclusions of the Newsletter

In case someone missed it, a new update related to accidentally occurring advertisements has also already been shared. The goal of this improvement was to further protect the community from accidental announcements.

With this latest news, the Newsletter closes with the usual thanks for the valuable feedback from the community, which continue to contribute to the functioning of the platform and the implementation of functional updates to the Sorare ecosystem. The next Newsletter will be in two weeks.