Pavel Nedved is on Sorare 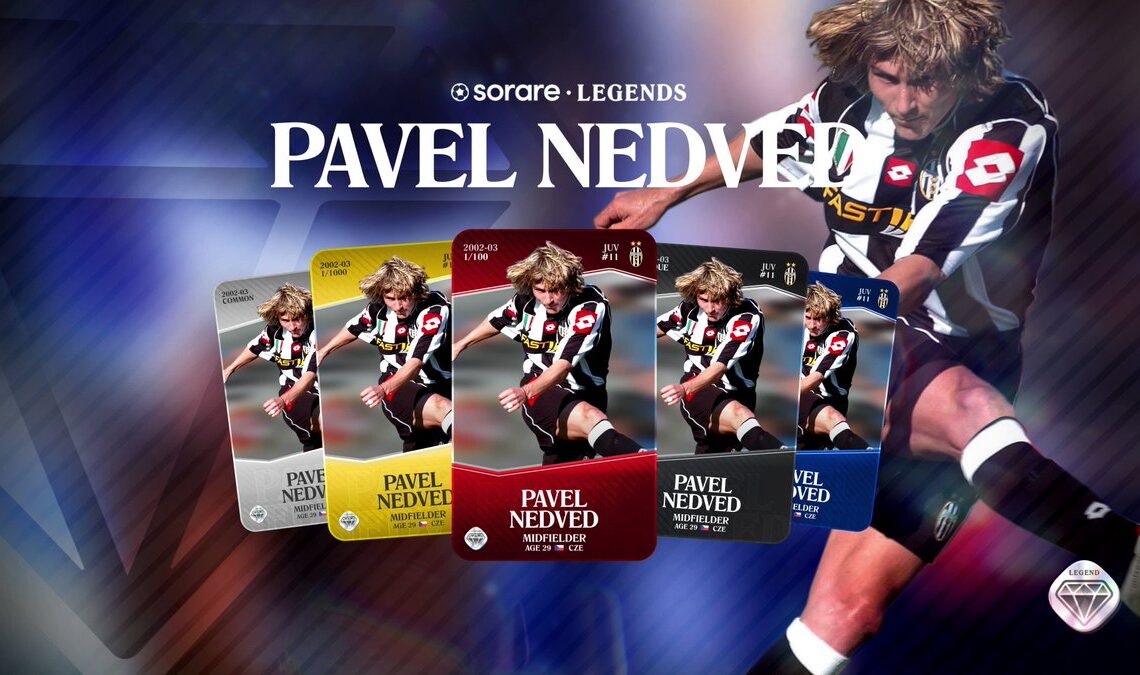 We’re always excited to see which football legend will be next on Sorare’s legendary card collection. The game never disappoints and the latest addition to this classic set of players is one of the most memorable players in football history. It’s the Czech Fury himself, Pavel Nedved. Having achieved legendary status with Italian giants, Juventus, Pavel Nedved is another Balon d’Or winner to grace a Sorare card. If you’re currently looking to bolster your midfield squad in legendary challenges, Pavel might just be the key to your success. His inimitable skills made him a football icon and his attitude both on and off the pitch made him a fan favourite. So, how will you be able to deploy Nedved’s skill in a Sorare squad? Read on below to find out.

Born in Czechoslovakia, Pavel Nedved began his career at the tender age of 5. His first significant signing would come in 1992, when he joined Sparta Prague. Here he won a league title and got his first call into the national team. Nedved played for his country in Euro 1996, with his impressive display earning him a transfer to Lazio. During his time in Rome, Nedved built his reputation, playing alongside other top tier players live Veron and Mihajlovic. Yet sure enough, the better he got, the more attention he got from the world’s biggest clubs. There were a number of transfer rumours and offers going around, although one team finally managed to get their hands on the Czech Fury.

In 2001, Pavel Nedved joined Juventus, replacing the incredible Zinedine Zidane who had left for Real Madrid. The rest, as they say is history. At Juventus, Nedved became a crucial player, leading the team to multiple Serie A victories and champions league finals. His efforts were rewarded, and he won his very own Balon d’Or in 2003.

As Sorare’s latest legendary player, Pavel Nedved is the key to your legendary team’s midfield line-up. His card presents him as a Juventus player, so his score is equal to the team’s best current midfield player. As always, remember that legendary cards can only be used within legendary challenges, giving you a new opportunity to strategize your squad. These challenges take place every week, allowing for ample opportunities to try out your favourite legendary cards.

Top Class, All Round

Pavel Nedved is one of the best players to ever grace the game. With extraordinary talent, he managed to captivate the hearts of fans in Czech Republic, Italy and across the globe. His addition to Sorare’s legendary collection is fantastic news and managers would be privileged to have him on their squad. If you want to find out the latest news and tips on Sorare, be sure to keep checking in on WeSorare.com.