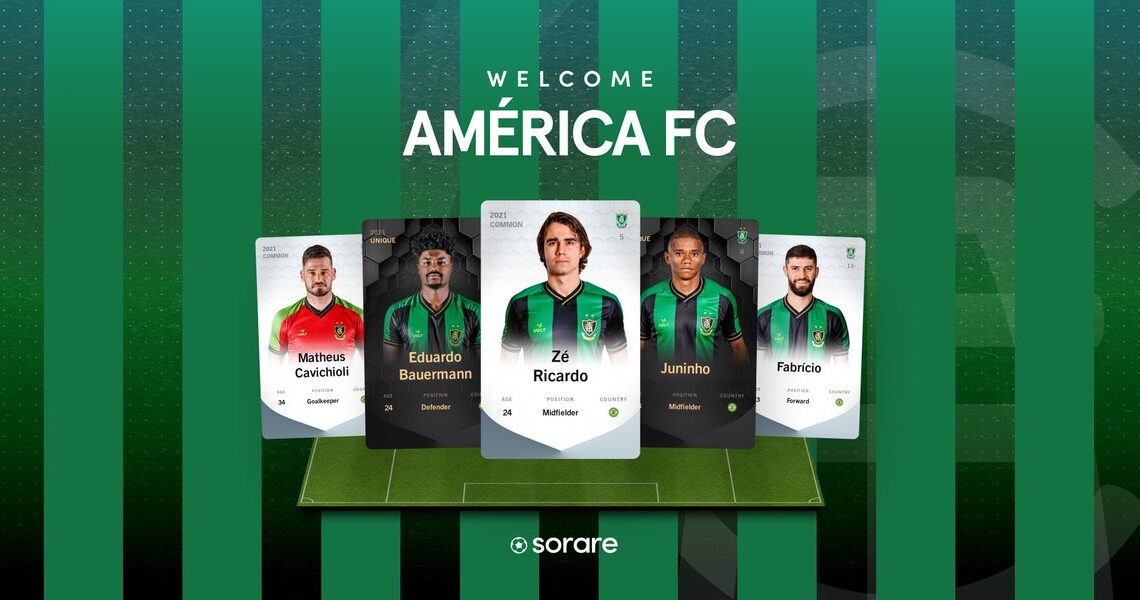 South America is one of football’s most exciting continents, delivering some of the best clubs and players that the sport has to offer. Sure, Boca Juniors, Corinthians and River Plate are some of the first names that come to mind, but within the several leagues that make up the continent, there are may more teams to look out for. Sorare continues to add more clubs to its long list of teams and the latest additions hail from Brazil itself. America FC and Sportaleza EC finally make their Sorare debut, bringing more Brazilian fire with their very own cards.

A Tale of Two Brazilian Clubs

Representing the city of Belo Horizonte, America FC was founded way back in 1912. The club has maintained its name and crest, as well as their titular white and green colours since their inception. Having won the state championship 16 times, America FC is one of the most successful teams in the state. Their talent over the years has helped them to national accomplishments, winning the Brazilian Second Division in 1997 and 2017. With a reputation for nurturing young talent, big names like Danilo, Fred and Gilberto Silva have all played for America FC.

Also founded in 1912 was Sportaleza FC. The club has enjoyed some measure of success over time, becoming a team to look out for. The team struggled for years to maintain their place in the Brazilian Serie A. But recent seasons have given the club a new lease on life. 2021 saw the team finishing in 4th place, giving them the very first Copa Libertadores qualification in their history. It was a stunning achievement, one which the team hopes to replicate in the years to come.

Sorare aims to be a game enjoyed by many, encompassing teams of all shapes and sizes. That’s why the latest acquisition comes in the form of America FC and Sportaleza EC. Both teams have cards minted for each and every one of their players, with different rarity versions. If you’re looking to strategize and change things up, why not have a look at what talented youngsters these two teams have to offer.

Sorare continues to widen its range of clubs with more varied teams. The inclusion of clubs like America FC and Sportaleza EC show that the game isn’t simply interested in the most mainstream channels. Instead, it aims to become synonymous with the sport, and including of as many clubs as can be. If you’re a fan of the teams or simply want to add more cards to your collection, why not check out what new players these two teams have to offer. For more on Sorare, stay tuned to WeSorare.com.