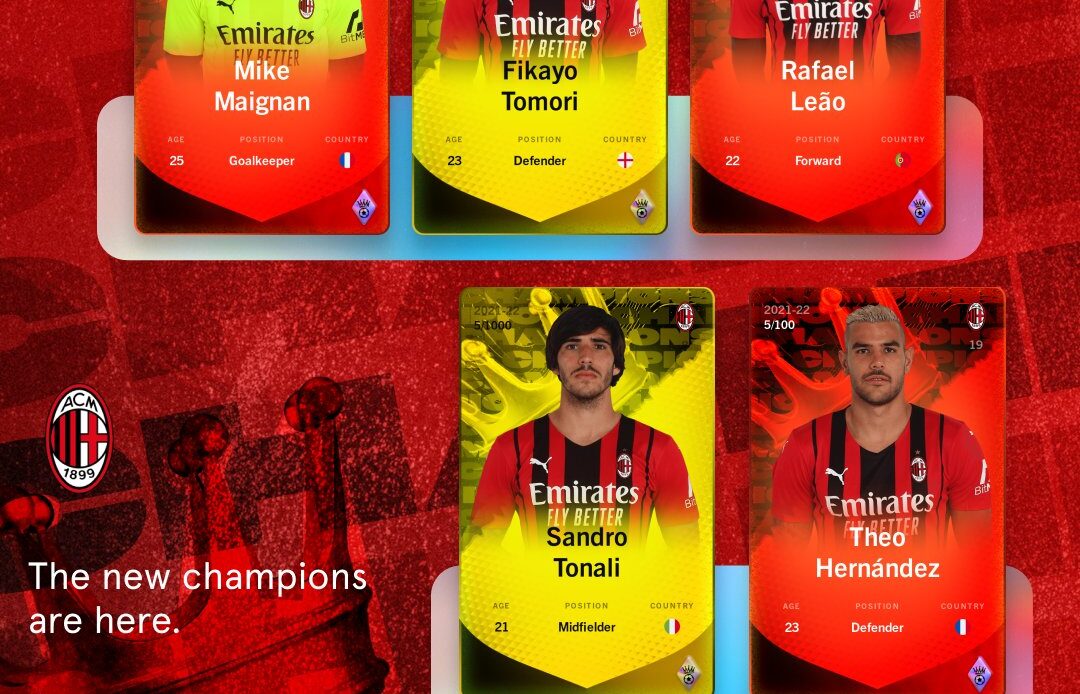 The European football seasons have to come to an end, and what a year it’s been. All across the continent, clubs have vied for the top spots, hoping to be crowned champions within their country. While some managed to retain their crown from previous years, others managed to topple their opponents to reinstate themselves at the head of the leaderboard. To celebrate the success of these elite teams, Sorare has released the Champion Edition Auctions. Through these auctions, Sorare managers can purchase cards from their favourite European champions, adding some new flavour to their Sorare squads. Read on below to find out more!

The Season is Out

The 2021/2022 season has come to an end, with all major European Leagues and tournaments coming to an end. As players finally enjoy some much-needed rest (ahead of an especially demanding season with a mid-season World Cup on the horizon), Sorare has decided to celebrate the achievements of these wonderful clubs.

In Italy, AC Milan have been crowned champions after an arduous season, narrowly beating rivals Inter Milan by just two points. Similarly, Manchester City have just managed to retain their crown by edging UEFA Champions League finalists Liverpool with just one point. Over in Spain, Real Madrid have had an easier time taking back the top spot from rivals Atletico Madrid, having also been crowned European champions. After Lille broke their streak of consecutive Ligue 1 victories, PSG have finally made it back to the top spot with a team that boasts Cillian Mbappe, Lionel Messi, and Neymar. Bayern Munich on the other hand, retained their dominance in the Bundesliga, adding yet another trophy to their collection.

To celebrate these wonderful winners, Sorare has launched the Champion Edition auction. Through Friday 3rd June, the game will be auctioning off 1 rare and 10 limited cards from clubs that have won their domestic league title. This means that fans get a rare opportunity to purchase additional cards for their favourite teams. It’s a fantastic opportunity for Sorare managers to prepare their arsenal ahead of the following season, adding some of Europe’s best players to their squads. As long as the club is available on Sorare, they will be form part of these limited-edition auctions.

As yet another fantastic season of European football ends, Sorare has decided to celebrate the clubs that made it to the very top. Through these Champion Edition auctions, Sorare managers can get their hands on fantastic players that can form part of any upcoming strategies. Looking to purchase a limited card of one of Europe’s finest? Let us know your thoughts in the comments section.