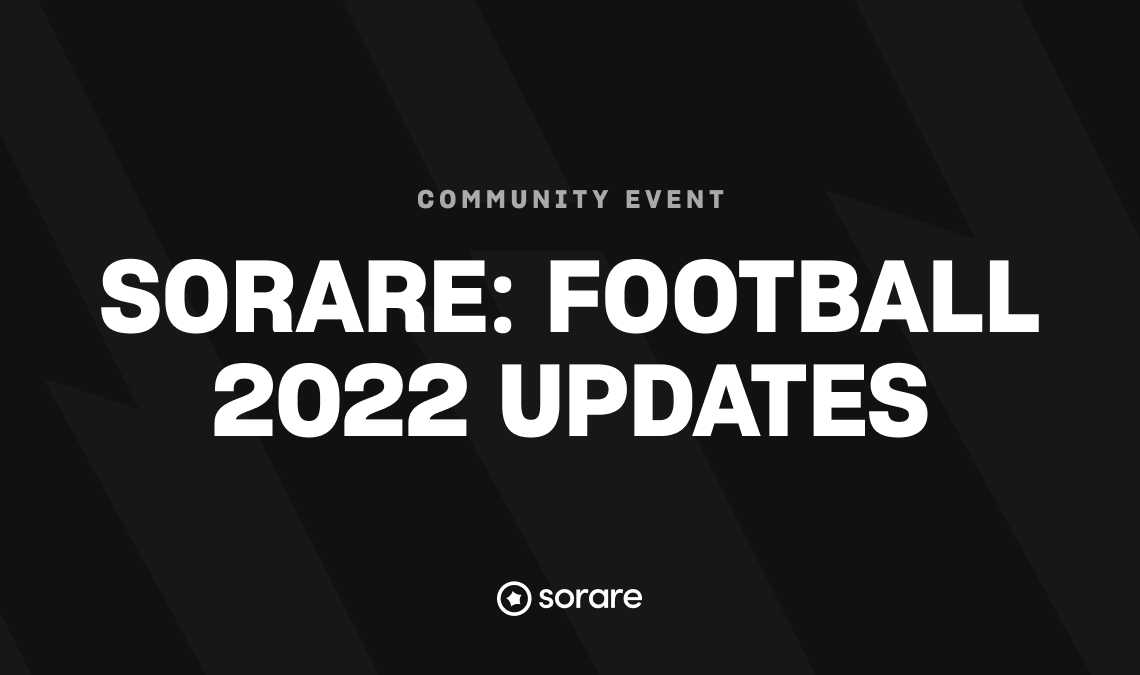 Sorare has committed itself to communicating more personally with its players. It launched a series of community updates that give an in-depth presentation of all the company has in the works. The first update came in March, revealing vital new features, including the new Sorare mobile app. The latest update is finally here with plenty of new announcements to get excited about. Perhaps the biggest chunk of the presentation was dedicated to the new Sorare: MLB game. But the original, football experience still got plenty of screen time. From new ways of communicating to exciting features and strong partnerships, Sorare has revealed all that it has been working hard on for the past few months. Read all about it below.

The game has insisted on improving lines of communication with its growing community. Over the past few months, Sorare has launched plenty of new initiatives that solidify this strong relationship. Transparency is at the top of the priority list, with Sorare insisting on its commitment to communicate, share, and interact with its managers in the best way possible.

These measures have seen the launch of The Snapshot, a monthly newsletter that offers company, product, and community updates. The newsletter will continue to improve as the months go by, giving players an insight into everything Sorare. The weekly game calendars have also been a great hit, giving managers plenty of time to prepare their Sorare strategies and pick the right team for the upcoming events. A new, dedicated player-support account has also been launched to provide real-time communication and product alerts.

The new Sorare app and game lobby have been critical in creating a better way to play. The platform has been supported further with new game modes, including five special weekly events. The Underdog, Specialist, Goalkeeper Special Weekly and Threekly have all helped to create a more fun and equitable game.

The game’s free-to-play segment has also been updated. Casual competitions have received increased rewards, while the Academy has been tailored to help new managers get started. The competition is exclusive to players who don’t take part in any tournaments that require Limited, Rare, Super Rare, or Unique cards. A new feature will be helping new managers build their gallery with Common cards.

To date, Sorare has 250 officially licensed clubs with more teams promised to join over the coming months. The past few months have brought a partnership with Bundesliga to the table. Over 30 clubs being added since the last community update. Two long-term partnerships have also been announced. Zinedine Zidane and Kylian Mbappe are both investors and brand ambassadors for Sorare, bridging generations of world-class French football.

A Community Update For The Future

Lastly, the game acknowledges that more needs to be done to make the game more accessible, encouraging the community to submit their feedback. As always, check back to WeSorare.com for the latest updates on everything Sorare.