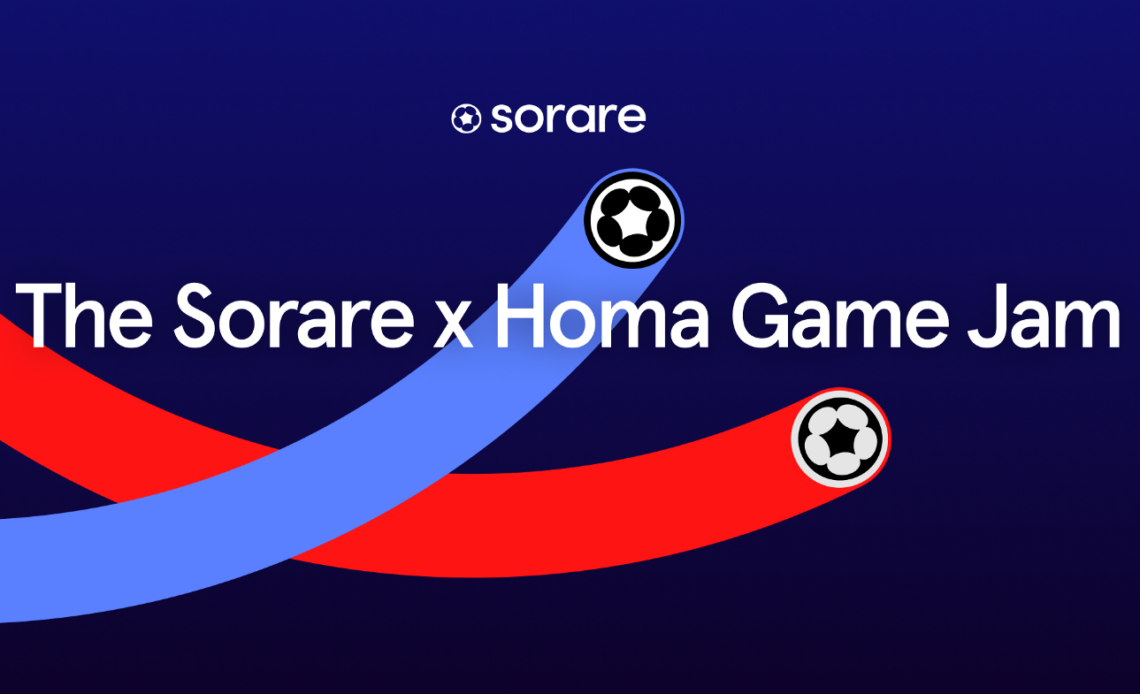 The Sorare team announces that it has entered into a new partnership with Homa Games, the world’s leading platform for publishing games for mobile devices. The first ever Sorare “Game Jam” will be launched.

Contenuti nascondi
1 Interoperability of Sorare cards
2 What is a Game Jam?
3 Who are Homa Games?
3.1 The innovations that Homa Games can bring not only on Sorare

Blockchain technology gives NFTs several characteristics, one of them being interoperability among others. The fate of Sorare’s cards is therefore not limited to the functionality of the official website. In practice, your Sorare cards may someday also be used on a wide range of additional mobile, console or PC games, created by other innovative game developers. By creating an open API and building partnerships with other video game publishers, Sorare intends to continue exploiting the immense potential and vision that leads to an open and decentralized Web3: next February 4th will be the fateful date of the “Game Jam” challenge. with Homa Games!

What is a Game Jam?

A Game Jam is an event in which participants have to make a video game from scratch within a set amount of time. On February 4th, ambitious developers will therefore be invited to come together to create a game related to Sorare Legends, the cards of illustrious players of the past. The proposals that will be judged winning will receive prizes in cards of various rarity.

Thanks to the collaboration with Homa Games, a completely new and wider range of football experiences will soon be unlocked with our Sorare collection : a vision of the future of NFT games on mobile and interoperable, for which the team of the platform of The world’s number one blockchain fantasy football is naturally at the forefront.

Registrations for the game jam are already from today and until February 4, 2022. To register and access the complete agenda as well as the categories of the various prizes, just visit the official HOMA JAM web page. Participants will have one month to develop their prototypes and then present them on March 4th.

Who are Homa Games?

Homa is among other things raising a $ 15 million round of investments led by Idinvest and e.Ventures with the participation of major business angels (such as Jean-Marie Messier, Vladimir Lasocki, John Cheng and Alexis Bonillo). The funding will be used to grow the team, double internal technologies and expand beyond the current segment.

Over the past 12 months, Homa has quadrupled the size of its team, opened offices in Lisbon, Toulouse and Skopje and acquired a Toulouse-based gaming studio called IRL Team. But that’s not all, in fact Homa is still expanding, and is recruiting other key profiles including a Head of Apps to drive diversification beyond the hypercasual segment and a Lead Publishing to manage the publishing branch of the business. As is well known, in the video game sector it is not possible to be successful without a first-rate team, as well as a strong internal culture with well-defined business processes. If you don’t have the right team, culture and processes, you will never have the resilience and learning dynamics to achieve success in an industry like this, and Homa has all it takes from this point of view.

In Europe, for example, Supercell is an example of a decentralized organization with many small and independent teams called Cells. Independent teams are individually responsible for the games they produce, and this very high degree of trust placed in individual teams is the cornerstone of Supercell’s culture (Boom Beach, Clash Royale and Brawl Stars have all followed this type of model).

The innovations that Homa Games can bring not only on Sorare

Homa has also worked hard to implement this type of culture over the past couple of years with a strong push in terms of recruiting, implementing tools and processes to empower those involved and a passion for building a better place to build the world of games. that will come.

Homa is building a content production and publishing engine around three key elements.

Homa Lab: a platform to analyze the potential of an app through a series of tests at different stages of the content production process;

Homa Data: a product to manage and optimize monetization from both advertising and in-app purchases.

The hyper-casual segment beaten by Homa Games has brought the startup methodology to the world of video games. Instead of taking months, if not years, to develop and publish a game, hyper-casual games are built in days and confronted directly with the market. If usage and monetization metrics are promising, developers will keep repeating the process, if not, they’ll move on to the next idea. An approach that represents a turning point and is expanding across the entire gaming industry.

If Homa manages to dominate the hypercasual segment with its own engine, it will have no problem reusing it for any other type of mobile content starting with less casual games and IP-based games.