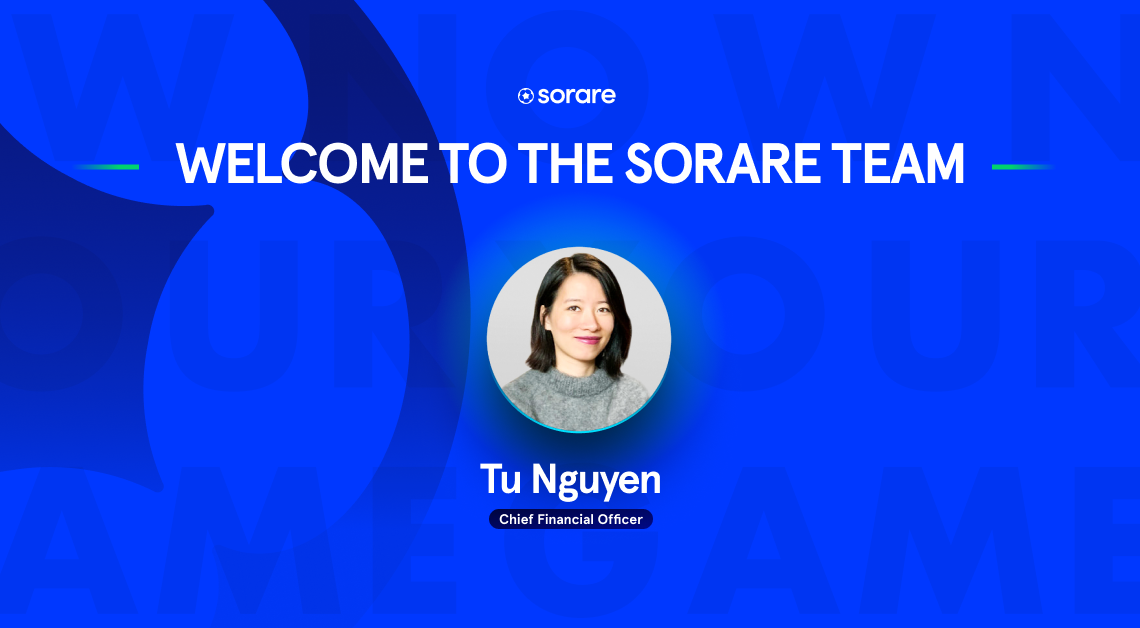 Sorare has seen extensive growth in recent years. With a huge increase in popularity, the game has expanded its horizons. As part of its dream of being pivotal in the future of sports entertainment, Sorare has increased its team size with new roles that are adequate to this new scope. As such, the team is very proud to announce the addition of new CFO, Tu Nguyen. Her role will help Sorare steer through this next chapter, continuing to structure and scale this business in the years ahead.

2021 was a big year for Sorare. As the game grew in popularity, so did the game’s partners and team. 2020 brought Sorare a trading volume worth $8 million. It was a fair sum, but nothing close to the $325 that 2021 brought in (without taking paid marketing into consideration). As you might have expected, this level of growth saw even more football clubs partnering up with Sorare. By the end of 2021, Sorare had doubled up its club partnerships, going from 100 to 230 teams. This expansion saw the team increase from just 10 members to 50 in early 2022.

As the company looks to further its goals in both the USA and the world, a new financial leader was required to push things to the next level. Tu Nguyen holds a wealth of knowledge and experience in the field. Having previously worked for 1stDibs, she has experience in building and expanding an NFT business. She’s also a massive football fan, supporting Arsenal in the premier league.

Upon her new appointment, Tu says she feels like Sorare is a company that was “made for her”. Describing Sorare as a leader in NFT sports, Tu feels that the company has a big role to play in both entertainment and media as a whole. Her experience and interest in WEB3.0 falls directly in line with the company’s mission and she sees this as an inspiration to drive her work further. Her being a sports and football fan comes as an added treat and she looks forward to pushing Sorare to the next level.

She goes on to say how she hopes that her experience and expertise will drive capital allocation among Sorare’s levers. This she hopes, will advance the future of sports, NFTs, and free-to-play fantasy gaming.

A New CFO for a New Era of Sorare

All of the amazing achievements that Sorare has seen are thanks to the wonderful team that works behind the scenes. The company looks to continue expanding in the coming months, with more than 200 new members to be hired. From all of us here at WeSorare, we would like to wish Tu Nguyen a warm welcome as she embarks on this new journey.