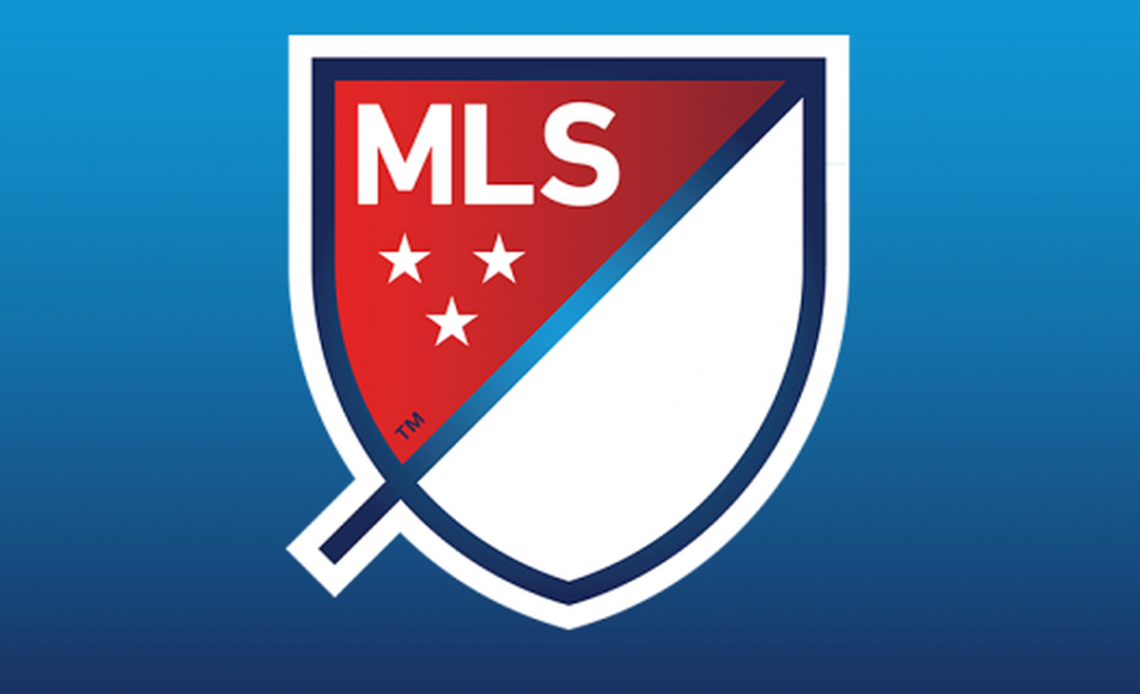 The Major Soccer League (MLS) is one of the fastest growing Sorare league in recent months. Today we will see together those who can become great talents in the coming years and who currently play in the major North American championship.

Frankie Amaya was chosen in the 2019 draft by FC Cincinnati. A Californian of small size has already established himself as the owner of the first team internationally at both club and youth level.

At the end of 2020 Amaya was called up for the United States Senior Men’s National Team and this shows how well he is rated by Head Coach Gregg Berhalter. An element that has also always been present in the FC Cincinnati team during 2020; Amaya has all the tools to be a top scorer in the SO5 Champion America divisions. Playing for a team that has scored less than one point per game on average in the past two seasons, there is no doubt that the midfielder is not able to shine fully given the difficulties of the team of coach and former football legend Jap Staam. However, better days await us with Amaya expected to move to another MLS team shortly in 2021. With the right players around him, he is a player for whom it is difficult to find growth limits.

MLS Rookie of the Year 2019 was Brazilian forward Andre Shinyashiki. He has collected seven goals and three assists in 31 appearances (18 as a starter) in his rookie campaign. The small forward surpassed what were already high expectations in his first full season of play in the Major League.

A prolific scorer in the men’s college system, Shinyashiki has earned a well-deserved reputation as a net finisher. He has the ability to put himself in the right position to take advantage of scoring opportunities. Although the MLS season was then interrupted, with the choice of the fifth round of the 2019 SuperDraft he continued his success also in 2020; starting 14 of Colorado’s 19 games, including the Rapids first-round playoff defeat. Shinyashiki has scored four goals and added an assist in the last eight games of the 2020 regular season, reminding fans of his qualities in the final leg of the championship. 2021 is a great season for Shinyashiki who now must demonstrate the necessary consistency over the course of a regular season that will hopefully be uninterrupted.

At just 19, it seems George Bello has the world at his feet.  Born in Abuja, Nigeria, Bello made his way through the Academy facility in Atlanta Utd. He is now a first-team starter having previously played youth football with the Southern Soccer Academy. On February 1, 2021, the left-back won his first appearance in the US national team; him playing the last twenty-six minutes of the friendly against Trinidad and Tobago. For a player who was only nineteen, Bello’s meteoric rise to the top of Major League Soccer was not without problems. In two seasons interrupted by injury, legitimate questions have been asked about Bello’s defensive skills; in particular the concentration and positioning of him.

For a player who likes to advance whenever possible, it’s not uncommon to see Atlanta’s left side exposed and wide open for opponents’ counterattack. Despite this, the exceptional athletic talent often allows Bello to demonstrate a remarkable recovery rate while also being able to match most forwards in a fast run. In the seasons to come, there is no doubt that George Bello needs to keep fit; also to work on his defensive game and continue his progression internationally. If he can do it while maintaining his athleticism and attacking ability, he will surely be considered one of the best modern full-backs around.

Perhaps a name not entirely familiar to football fans who are outside the United States; David Ochoa has been the heir to the Real Salt Lake City goalkeeper for some time. In August 2018 it was reported that Ochoa was training with Manchester United, with plans at other major European clubs as well.

Ochoa now finds himself knocking on the door of the starting XI at the RSL after a debut appearance in November 2020. Eligible to play for both Mexico and the United States; the young goalkeeper has chosen to represent the latter at several youth levels. In March 2021 he was in the final squad for the Olympic qualifier tournament in Guadalajara, Mexico. Ochoa will be eager to make his mark on the tournament; it is widely expected that there will be mass rotation, so it should have an opportunity to do so. An opportunity to shine will surely come sooner or later for a stopper who was called up to the senior USMNT at the end of 2020; only to then see the opportunity vanish due to a minor quadriceps injury. It is not yet known whether Ochoa will cement the starting spot for the RSL in 2021. This is however a goalkeeper who is clearly appreciated and will no doubt get his chance in time.

Daryl Dike is a forward who has had an unforgettable 2020. Arguably the best rookie in MLS last season, a physically imposing center-forward who broke into Orlando City’s first team in August 2020 thanks to a string of high-quality performances. Dike’s athleticism is what he often strikes the most; but it is the finesse of him both in the final occasions and in the all-round game that make him such a desirable prospect. Dike had a full pre-season thanks to a loan spell at Barnsley. The young man has a $20 million release clause in his current contract. His move to West Bromwich Albion was perhaps a large surprise due to the quality that he has available, with many feeling that he could have made a move to one of the bigger clubs in Europe.

Barco (about to turn 21) is a little-known player outside the MLS scene. Atlanta United fans have a lot to be excited about as the winger joins their squad.  It is widely believed that this will be the most important season of the player’s fledgling career.

Ezequiel Barco, once considered the exceptional talent of the Argentine youth development program and destined to become a global star; he arrives in the new season facing a decisive moment. To date, he has only shown flashes of the quality that made him such an exciting talent prior to his transfer. Certainly not helped by occasional injuries, Barco has yet to prove himself up to the hype surrounding him. While the dreams of a great move to Europe seem set aside for now; he wouldn’t be the first or last South American who struggled to adapt to playing in a new league. There is still time to prove the contrary, however, and the arrival of compatriot Gabriel Heinze in the role of Head Coach in Atlanta Utd must certainly be a positive factor. If 2021 is Barco’s year, surely everything is possible again for the youngster.

Let’s go back to Colorado now for a player who enjoyed an impressive breakout season in the 2020 MLS league. Cole Bassett is a name that will be recognizable by most MLS fans; as a player who has been known in the league since 2018. In 2019, Bassett was named in the “top 22 under 22” ranking for young talents in the MLS; his career is progressing on an excellent trajectory. The unusual 2020 season however gave Bassett a great chance to shine and he has taken the opportunity so far. The 19-year-old is turning into something of a cult figure for local fans and has even earned him the title of an MLS Team of the Week participant on three separate occasions last season.

The midfielder ended the season with five goals and five assists; also having the second highest big chance conversion rate in the league. At the club’s annual end-of-year awards gala, Bassett was named Players ‘Player of the Year, Young Player of the Year and Team MVP Colorado Rapids’ supporters.

The young midfielder who signed a national contract with Kansas in 2017 was on a rapid rise. This made him the youngest player to do so since Freddy Adu in 2004. He made his first team debut at the start of the 2018 season and has never looked back. At the young age of 19 Busio is one of the strongest midfielders in the MLS. Sporting Kansas usually play four-three-three, with Busio playing as the central pivot. Typical midfielder responsible for possession and organization of the attack, with certainly some interesting statistics.

The main attribute that Busio has is a unique understanding of the game vision, a little like Andrea Pirlo. He is always available for a pass and uses that space to hit his own direct marker. Coaches who like to play a type of game marked by offensive pressing are crazy for someone like Busio. Kansas likes to play with the ball on the ground and use a much more refined tiki-taka tactic that enhances the qualities of midfielders like him.  Busio is already certain of the time and space that he will have available again this season in the starting eleven.

This guy is in very good shape currently, in his last five appearances he averages 70 points, a circumstance helped enormously by the fact that he recently scored 100 points in his last appearance against Houston. However, before that, his last 3 scores were still over 60. He regularly gets more stars in the 5 scoring categories on Sorare. Passing and defensive stats are the bread and butter of this guy. He currently averages 43.55 passes with an accuracy of 86.4% per game last season, and we take into account that he also often plays out of position by spending more advanced time in the middle of the pitch. Since returning to its natural position, it currently averages 61.25 with an accuracy of 91.5. Busio also does some decent defensive work and this contributes a lot to his scores. He regularly takes the “double” bonus.if he managed to get a positive amount of duels won he would also get the “triple” bonus.

If you take a closer look at Busio’s season you will see that he played out of position at the beginning of the season, and therefore some of his stats may seem skewed to some. Now he is back in his natural position, and he will consistently get good scores. On the subject of possible future transfers, we give a big warning regarding this talented young man: the teams in Europe have started to take a really great interest in him. Defensive midfielders who manage to do defensive work despite having a wide range of passing in their arsenal as well as Busio’s high football IQ always attract attention. Among other things, as his name also suggests, he has an Italian passport, and has been strongly linked to possible landings in Serie A. We think he’s good enough to be able to show off in Europe too after all, but we’d love to see him play at least one more season in the MLS to keep getting important minutes in the legs. If this young man moves to Europe, it will be the last and most recent major export from the MLS championship.

By giansla
7 Mins read
Ligue 1 is undoubtedly a hunting ground for young talents for both real-life clubs and Sorare‘s fantasy coaches, and the top-level French league kicked off this weekend. In fact, we have seen how the two…
Strategies

By giansla
5 Mins read
As usual, the winter transfer market will begin shortly this year as well. The Serie A teams, as well as those of Serie B and foreign leagues, will be able to complete purchases and sell…