Guide to the Sorare Fantasy Market 2021 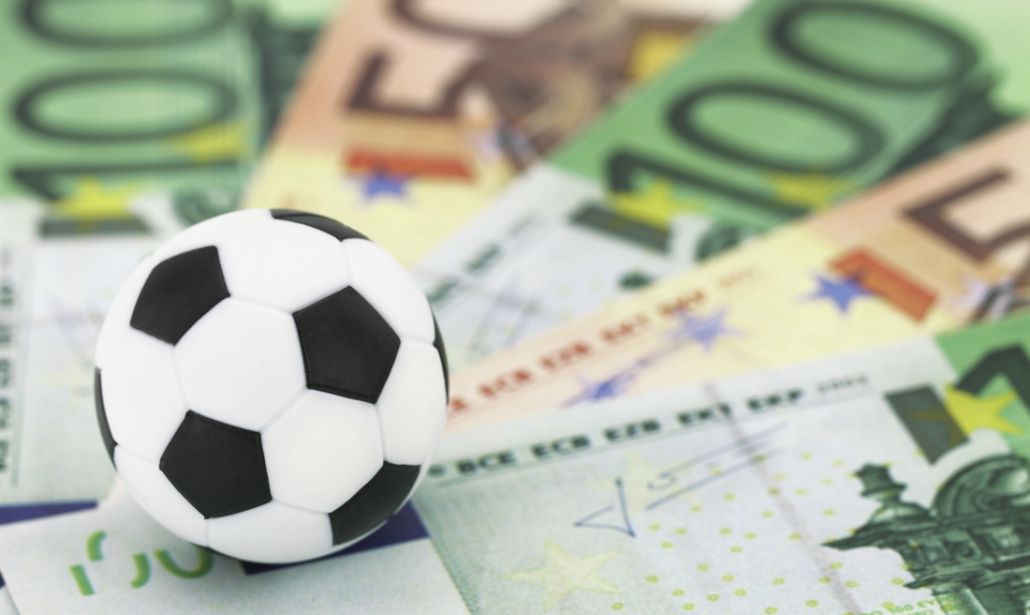 In a previous contribution we have already dealt with the “threshold” strategy to build a competitive team starting from a limited budget. Indeed, strategy, purchase and sale of players in the fantasy market are fundamental integral parts of the experience offered by Sorare. You will likely spend most of your time on the site deciding who, when and why to buy and join your ranks. The daily auctions and prices of the Ethereum cryptocurrency are constantly changing and making these types of decisions is not always easy. Today we will see together various tips and tricks that help us to carry out the best deals on Sorare through simple steps of planning, negotiation and conscious use of each tool provided by the platform.

When to buy a player in the fantasy market?

If you are not a beginner, perhaps you already know what it means to participate in a live auction and wait for the last minute to make your move, only to realize that you have entered a real bidding war. Often it does not end as we would have hoped. However, not all auctions are heavily attended by strong managers. In fact, some hours of the day are less suitable than others for one reason or another. The easiest time may be late at night, but other occasions, such as during standard working hours on weekdays, can also be fruitful.

Being able to save an hour of sleep or have a lunch break a little later could prove to be a pretty useful perk for your team. The global appeal that Sorare has today has led to users from all corners of the world who literally fight to get the better of their opponents. In these cases, you better hope not to bid against a manager on the other side of the world as you struggle to keep your eyes peeled overnight. Remember it’s still a game.

The use of dedicated communication channels

New players should immediately become familiar with the Sorare community present on social networks and in particular Discord. This is a great way to interact with other even more experienced enthusiasts and find great deals by meeting the transaction counterpart directly. Managers can include their “Discord username” and tags on their Sorare profile so that they can be found more easily. Make sure you add yours too to receive more offers and exchange opportunities. On its website you will find different types of “channels” according to the needs divided by theme. Discord is the only way to deal directly with managers, as there are currently no similar alternative ways. A more personal and focused approach can make the difference between getting a good deal and a bad one.

Still on the subject, one of Sorare’s coolest features is that you can check out other users’ teams. You can see their most recent signings, measure the type of players they like and the types of teams they are building. This is certainly useful to you in the negotiation phase as it can give you an idea of ​​the direction in which your opponents are going. So adjust your strategy as a consequence of more tactical trading by using this information to your advantage when bidding, rather than just offering undesirable trades from counterparties.

The search methods filtered in the fantasy market

Good deals don’t last long. Sorare has a lot of knowledgeable and educated traders, which means transfer market offers at a big discount will often be snapped up. Years of online shopping have taught us to instinctively order based on the lowest price. However, on a platform with an active secondary market like Sorare’s, sometimes searching for the most recent listings can be the most profitable. A combination of an expert eye and quick reactions can result in great deals on collectible cards listed by very few on the fantasy market.

Sorare has introduced a two-minute window to allow sellers to withdraw their quote before it is made visible on the transfer market. This allows you more light-hearted actions and is able to be rethought if you regret it immediately. In addition to this, the exceptional Sorare Data platform that we covered in a recent contribution, has invented an automated bot that stores cards transacted by mistake by purchasing them and returning them to the owner at the same price. With such a life buoy you can be doubly sure that the listings visible in the secondary market are priced that the previous owner is genuinely willing to accept.

Buying when everyone else sells and keeping until everyone else buys is a quote from Jean Paul Getty  an investor who died long before NFTs, cryptocurrencies and even the internet. But he left us an immortal mantra that applies perfectly to Sorare. It can be difficult to predict peaks and lows in the stock market, but with football, the start and end of the season (along with any mid-season breaks) provide more accurate indicators.

Traditional economic knowledge teaches us that the demand for European cards should be lower during the summer break (except for those involved in international tournaments). If you have good reserve capital, this is the perfect time to think about investing in some European talent. As the summer progresses, and with the advent of a new season, the hype for the start of the championship will grow across the continent, causing a corresponding increase in prices. It is therefore advisable to arm your arsenal well in advance.

When a new club gets licensed on Sorare, there are always the big names that everyone wants and that up until then couldn’t be added to their ranks. For every over-demanded champion, there is always another one that no one notices. Buying one of the first minted editions of a lesser known player can lead to huge returns in the future. To see this, just take a look at the price charts of some players who have literally tripled their price since they were first released on Sorare. If you think you have a keen eye for emerging talent, it’s time to take a chance and take advantage of this skill of yours.

If you want to take it a step further, you can use the Follow on Sorare feature to gain an advantage over other users. By following a card on Sorare, you will receive an email notification when that player’s auction will become accessible. You can even follow players who have not yet been licensed to appear in the game, which means you can truly be one of the very first in line as soon as their card is auctioned for the first time.

Keep in mind that this doesn’t apply to all players as some will not lack interest from other users as well, especially with regards to the valuable number one in the series. Checking a player’s page can be a good way to gauge a player’s future demand.

At the beginning of a new season there is always uncertainty about who will be the owners of a team who will be able to impose themselves on the competition foreseen for their role in the middle of the field. For some, buying a player with less than half the games played is a gamble indeed, but it can also prove to be a strategy that has enormous potential for earning money. Sticking to a reserve on the bench, waiting for its chance to shine may seem rather boring, but as a secondary investment it can be very profitable. Many of the trending players on Sorare Data fall into this category. Every week there are injuries, suspensions and rotations with another player benefiting from it.

It’s just a matter of choosing the right ones. Guessing which of a club’s six wings will get their chance this year can be a difficult task. Goalkeeper is a much easier position to predict instead, as most clubs have a well-defined pecking order for this type of role. What we cannot foresee, on the other hand, is a red card or a particular injury that takes away the competition that seemed obvious before this took place.

Second and third choice goalkeepers often cost next to nothing on Sorare, so there’s no excuse not to check out this department for real sale. Their value can easily skyrocket compared to their counterparts on the pitch if they take part in a series of matches in the starting eleven. The speech probably won’t work for all Sorare’s teams, and clearly a bit of luck is always needed.

Loan mode of the fantasy market

Loan transactions in the real world of football are more common than outright transfers these days, and also represent another opportunity to trade on Sorare. There are many deals available through this type of inter-club transaction. Buying a player who is on loan shortly before a transfer, or one who is on his way back to his home club can produce a good return on investment as there is often a certain amount of time between the actual transfer and the minting of the related cards updated, thereby increasing the scarcity of your purchase. At the same time, those who may not have any place at the club to which they will return should clearly be avoided

Sorare is a fantasy football game on the Ethereum blockchain, which means that the card values ​​are based on the same cryptocurrency. The Ethereum price increase has long been a barrier to entry and a topic of discussion for Sorare users.

Depending on your inclinations, you can choose to evaluate your players in Ethereum or Euro, as the value of your team in the short term may not be so important to you if you choose to make a double investment that also takes into account the price movements of the digital coins. Regardless of your attitude, the markets should be monitored. Selling your cryptocurrency earnings accumulated at an all-time high or predetermined is a good way to cash in on profits. You can always keep the money on an exchange to buy it back later and hopefully at a lower price, increasing your future purchasing power.

Buying cryptocurrencies can be deadly for the less experienced, it’s not for everyone. You can buy players using debit or credit cards and even top up your Sorare wallet with local currency using Ramp. Within even the daily quote alone, of a football player on the transfer market, the cryptocurrency price can fluctuate significantly, which means that waiting for dips and long-term planning can help significantly.

It is clear that we all want the lowest price when we buy and the highest price when we try to sell. How to actually do this is a mixture of planning, psychology and luck. Thinking ahead is the key to playing Sorare best. The first step is to find the right players, the next is to find them at the right prices. We hope this guide has helped you find the right value for your team, understand market fluctuations, and get the most out of your capital when trading in the fantasy market.

By giansla
5 Mins read
Today we see some of the most interesting business for the Advanced Member of Sorare who are passionate about the transfer market of the Bundesliga. Backward wards in the Bundesliga Mats Hummels is an extremely…
Strategies

The Highest Scoring European Strikers in 2021

Players with Cards having Different Roles

By giansla
7 Mins read
Sorare managers will have noticed that the score assigned to certain players of their Sorare team is sometimes different from the score indicated on the player profile. This is explained because in the event that…