How are Sorare’s Footballer Scores Calculated? 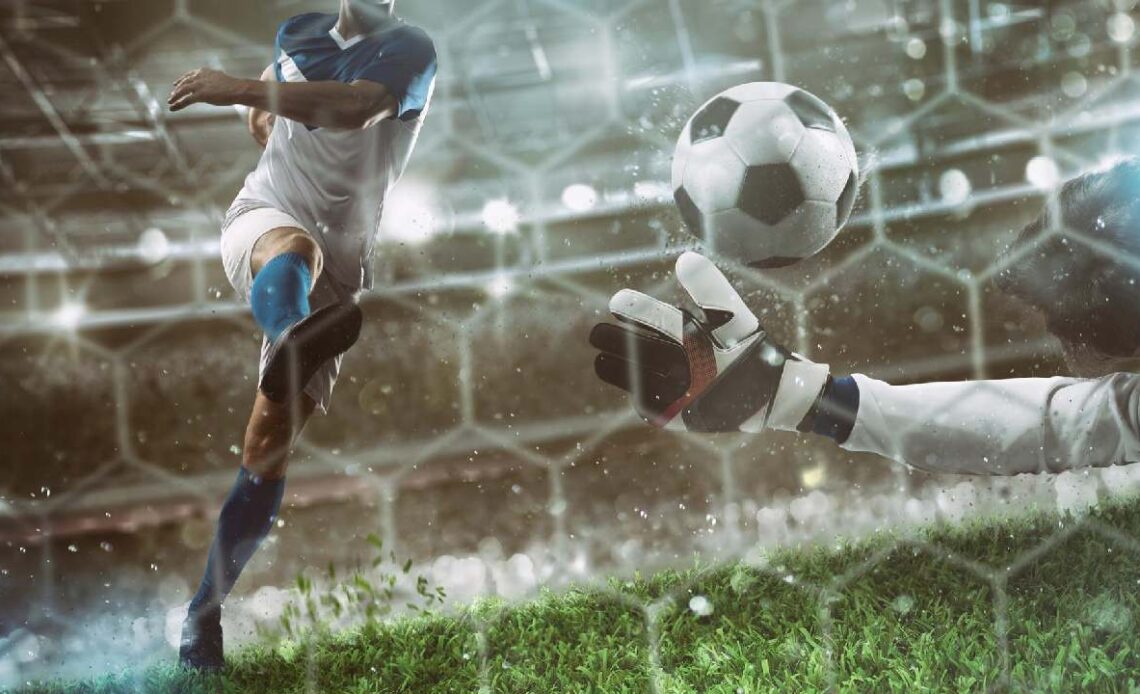 Contenuti nascondi
1 Sorare’s scoring system
2 What are the decisive scores?
3 What is Sorare’s All-Around Score?
4 Calculation of the total scores of the players
5 Divisions based on card rarity
6 The XP parameter in the scores
7 The XP progression
8 Why the XP metric?
9 New reward mechanisms announced in Sorare
9.1 The new “dynamic rewards”

Traditionally, fantasy football games have only focused on the decisive score (goals, assists, saved penalties, red cards, etc.). The addition of the “All-Around” score (overall) helps to better level the game performance, rewarding the players for actions they perform during real football matches that are not decisive, but which nevertheless prove to be very important (such as e.g. tackles, key passes, shots on goal, and so on).

The scores of the players on Sorare range from a minimum of 0 to a maximum of 100. If you visit the profile of a player you can view his last five games and thus monitor his performance. DNP stands for Did Not Play and means that if you had selected that player in your Sorare fantasy team, he would have scored a nice zero.

What are the decisive scores?

The deciding score is a base score that adjusts according to the positive and negative actions performed within the game:

Levels above 0 indicate that the score will be guaranteed regardless of the other All-Around metric. This means that a level 1 player will not be able to score less than 60 points.

It may seem a bit confusing, so below we look at various game-type examples together, so that you can verify that you actually understand the dynamics.

1. A player who scores a hat-trick and scores 1 assist will end up at Level 4 (minimum 90 points).

2. A player who scores a hat-trick will finish at level 3 (minimum 80 points).

3. A player who scores and assists will end at Level 2 (minimum 70 points)

4. A player who makes 2 assists but scores an own goal will end at Level 1 (minimum 60 points)

5. A player who wins a penalty but commits an error leading to a goal will end at Level 0 (35 points)

What is Sorare’s All-Around Score?

The All-Around Score is calculated using the other key performance statistics that do not impact the game’s deciding score. The All-Around score can be positive or negative, and it serves to ensure users that players who don’t score but still put in quality performances do not go unnoticed.

Calculation of the total scores of the players

The deciding score and the overall score are now combined to create the “total score” of the game week. Level -1 and level 0 players run the risk of their total score decreasing, while levels one to five cannot decrease even if the player has a negative overall score.

The bonus scores related to the card

The Captain Bonus will be applied to the SO5 player you arbitrarily decide to select as your team captain. The Season Bonus only applies if you use cards that were minted in the current season. The level bonus varies according to the rarity of the cards and the XP level of a single card.

The level ranges are:

In other words, the level bonus can range from 0% (of a rare without XP) to 50% (a unique card with 3 years of XP accumulated).

Divisions based on card rarity

Divisions have been revamped so that users can participate in a specific division based on the specific rarity of the cards they own.

The Rookie League is the completely free division.  It’s a taste of what managers can enjoy in the game: build their football knowledge, make friends, compete and win prizes. This will remain open to new users for up to 8 weeks of play.

It will be possible to play with up to 2 rare cards in the Rookie League. As a Rookie, you may want to consider purchasing a rare card as these cards will have a 5% seasonal bonus on the player’s score over common Rookie cards.

In the other leagues, the different divisions will be accessible based on the scarcity of cards you have at your disposal.

Positive side effects of this division are both the incentives to competitiveness for managers and the clear path of progression through the individual divisions that spurs them to improve and progress. If you want to compete in D3, you can do it with 5 rare cards, but buying one or two super rare cards could really make the difference between a top 50 and a top 10.  Collecting a third super rare specimen at your disposal will also unlock the second division reserved for Sorare managers.

The XP parameter in the scores

As the game progresses and with the increase in the number of coaches who can be competitive thanks to teams full of Unique specimens, a “League for Unique” will also be introduced consisting exclusively of the cards that are rarest in the game.

This unique division of the tournament will be a “Winner takes all” format (the winner takes the entire prize pool in the form of Ethereum). The prize pool will be “dynamic”, and will indeed fluctuate according to the number of unique cards participating in the championship.

Currently a sort of loyalty bonus is applied to all players who remain under contract with the club indicated on their card. In the real world, player stability in a club usually has a positive impact on performance. Messi does well because he is Messi, but studies have shown that being in the same club environment has had a positive impact.

With this new iteration in terms of XP Sorare is making an exciting new change to connect a player’s loyalty bonus to the user: the Sorare Manager. This means that the more a manager uses the same card, the higher the level bonus will be, therefore the higher the card’s score for their team.

Why the XP metric?

On the other hand, in the real world, when a player is transferred, he usually needs time to readjust before being very competitive again (just like Inter Eriksen did to understand). To reflect this, when a card is transferred into the game (via an exchange or sold on the secondary market), the XP accumulated on the specific card will automatically be halved by 50%.

It is important to note that XP is cut in half, but not the level. This is because the XP progression flattens out over time, and a halving of XP does not halve the level bonus.

A level 20 rare card that is transferred goes to level 15 and not level 10. The XP a card can acquire is progressive in log scale (meaning it increases faster at the beginning than in the more advanced stages of use). It will take about three seasons of Sorare to fully engage such a mechanism.

In recent days Sorare has made a long-awaited announcement about the reorganization of the rewards structure of SO5. The scalability of the gaming platform is fundamental, so the more the user base will increase, the more it will be adapted to a greater influx of games.

Weeks have recently been implemented with extra events featuring, for example, autographed jerseys and limited edition cards. These events will be necessary to fill some gaps present in the less intense game weeks.

Many people have been asking for rewards that adequately flex in line with the ever-increasing number of managers joining the game. After a great period of growth, it is natural to expect more and more awards given on SO5.  Of course, what is missing at the moment are the details of how the prizes are broken down for each division.

The growth of Ethereum (which is counted on Sorare by means of a “threshold” mechanism) has pushed premiums to unsustainable levels and has helped to drive card prices too high. Linking rewards to flat fiat value, rather than cryptocurrency thresholds helps to cushion the rise and fall in market value a bit.

It seems that the development team wants to add a more “meritocratic” reward that is calculated on a coherent path that develops over several weeks of play, rather than the simple “reach goal X and you have won the prize”. Although removing Sorare users’ opportunity ratings to aim for small and regular ETH rewards can have a significant and as yet untested impact. All in all it seems that the Sorare team has been a bit hasty to come out with these news without rightly allowing themselves a few more days to define some crucial details.

The project is undoubtedly putting sustainability first, which remains reassuring for players. Clearly there will always be two factions: those who are already experts in the game and just want the values ​​of their cards to rise exponentially, against those who are beginners and find a barrier to entry in having to spend hundreds of Euros to at least be competitive.

That said, despite the announcement, Sorare’s team probably still has some leeway to review and optimize the proposal to completely remove the threshold rewards in Ethereum. So let’s keep confidence high in a project that up to now has absolutely not disappointed expectations and, on the contrary, is trying to tackle the problems deriving from exorbitant growth with the best solutions . If you are also one of those who are still beginners , we recommend that you take a look at our definitive guide to Sorare, it will be really useful. Good game!

Strategy to start on Sorare with a lower budget

By giansla
8 Mins read
One of the most important things that determine the success of a relatively new game (such as Sorare, for example) is certainly that of trying to be within everyone’s reach, of all budget types, of…
StrategiesTips

Belgian Championship: Analysis of the Contenders for the Title

By giansla
4 Mins read
The Belgian championship has recently returned to the football world and if you weren’t an expert in this competition before starting to play Sorare, let’s say that today – by trying your hand at the…