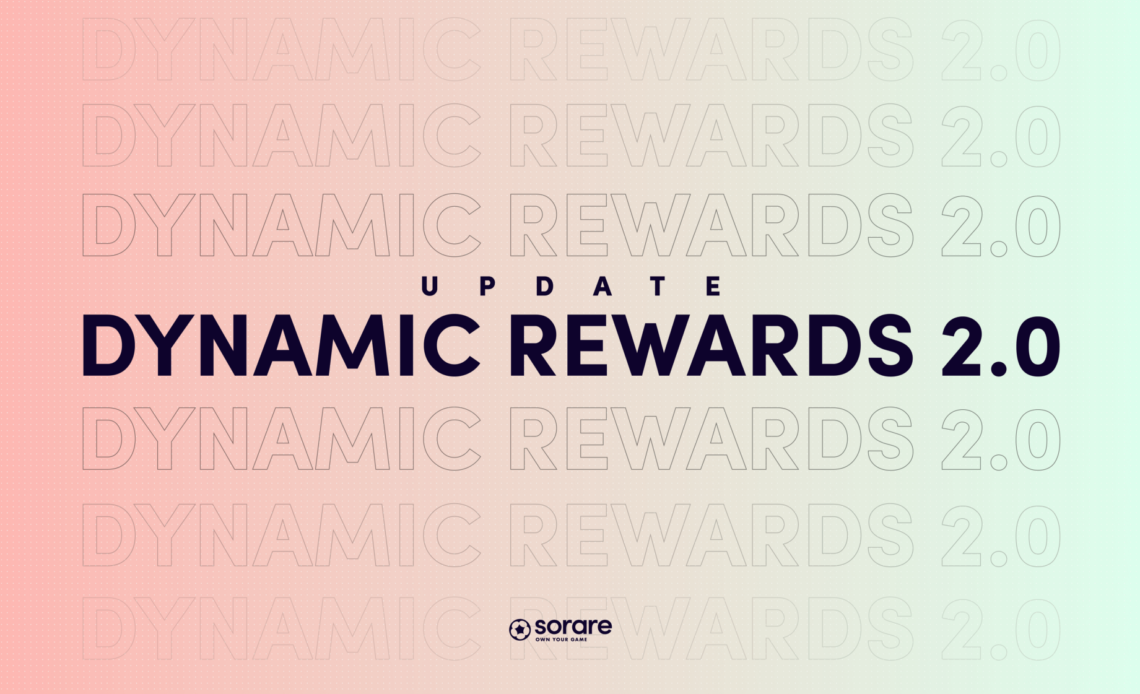 Today we discover together some important updates made on Sorare and specifically related to the brand new system of “Dynamic Rewards”, or dynamic rewards.

Contenuti nascondi
1 What are dynamic rewards?
2 Tournament opening rules
3 More rewards on the way
4 Transparency of the rewards mechanism
4.1 So how does the reward system work?
4.2 How is the number of awards distributed defined?
5 Further technical insights
6 Rewards chosen at random
7 Future prospects?

In the first part of this contribution we will see together the recent changes and improvements made on the basis of the recent feedback received from the community of fantasy coaches in the last few weeks. In the second part we will discover the transparency model behind Dynamic Rewards with a slightly more technical cut.

What are dynamic rewards?

Starting with Game Week 183, rewards will be introduced in Ethereum cd. “Dynamic” for the podiums of each division present on the site. Similar to the dynamic rewards system, the rewards in Ethereum for those who make it to the podium from now on will change depending on the number of player cards that have a specific amount of matches scheduled in a given game week.

Dynamic Rewards will take into consideration the total number of players with cards available for selection by league. Let’s explain this with an example. If Champion America has a pretty busy Game Week while Champion Asia only has two games, there will be a difference in the Ethereum podium prizes between the two different regions.

Here’s how the system works in a little more detail:

To understand this a little better, let’s take a look at how this affects Global Unique. We chose Global Unique because it’s a particularly easy way to see how the rewards change depending on the percentage of player cards available for selection.

Here’s what the All Star D4 looks like for a top spot with the new updated model.

This new rule means that the ETH prizes for those who reach the podium increase particularly in the competitive play weeks and decrease in the quieter play weeks. The maximum prizes for podiums in all divisions have also been improved by about a third more.

Keep in mind that the values ​​of the rewards in Ethereum are always calculated because they have not yet been linked to a fiat value in place of the standard in cryptocurrency. This does not affect Global All Star’s current Division 4 ETH thresholds. This system only applies to podium seats.

With the arrival of Dynamic Ethereum rewards, we will return to the tournament opening rules that were established shortly after the original announcement on dynamic rewards a few months ago. As always, the Sorare team’s goal is to maximize utility so that fantasy coaches are able to select their players as often as possible.

Tournaments will always be open as long as there is at least one licensed club playing in a Game Week. Global All-Star, Global U23 and Global Unique are open if there are two or more Regions available.

More rewards on the way

The original thinking behind the Division 3 rewards was to increase the quality of the cards for managers attempting to progress from the third division to the second. However, once they got real feedback based on the results produced by the changes implemented, the Sorare developers realized that only a few coaches now had the opportunity to win a card in the third division.

Following a further review of the game offer, it was realized that there was an excess of “DNP players” i.e. players who are currently injured or who do not play regularly for their team. As we know, football is a sport full of comeback stories and footballers going through ups and downs in their bumpy career. A transfer, a moment, or a goal could ignite or rekindle a career.

Rather than letting such eventualities go to waste, the developers decided to add these cards to the “rewards pool”. This is a new step that will be monitored very closely to see how that decision will affect the Tier system. Most importantly, this means more rewards across divisions and more opportunities for our community to experience the joy of winning a card playing Sorare.

All of the above changes are effective as of Game Week 182, with the exception of dynamic Ethereum rewards.

Transparency of the rewards mechanism

With the recent introduction of our new Dynamic Rewards system, we wanted to introduce a new standard of transparency in the way rewards are calculated and selected. To achieve the goal, a new way was created for the community to verify and validate the prizes distributed in each Game Week starting precisely from GW182.

So how does the reward system work?

At the start of a season, a certain number of cards per player and rarity are reserved for each league in which the player is eligible to participate (All-star, U23, weekly, regional, etc.).

This breakdown depends on the player’s team, region, age and overall level. To have a fair reward structure, the number of rewards is linked to the number of licensed players for the Game Week in question. By adopting this type of approach, you will have a smarter distribution of prizes between the big weeks of play where a large number of managers can be competitive and the more modest ones where the flow of play is lower.

To do this transparently, when you open a Game Week, a json file of data on the prizes is calculated which will contain all the data necessary to calculate the prizes even on your own. This type of file is hashed and stored on IPFS, so it is available for review to the Sorare community and cannot be edited.

The file in question allows you to calculate the number of prizes that can be distributed for each Game Week and select the awarded cards transparently well in advance.

How is the number of awards distributed defined?

The number of prizes distributed is based on the number of licensed players who have a game during Game Week.

If a player has an appointment in a Game Week, that player will increase the number of rewards available for the same game week. In a nutshell, to determine how many cards we have available for rewards in a particular game week, the new system takes into account the following four variables: how many licensed players have an appointment during Game Week; how much total supply we have left for those players; how many games those licensed players left with their clubs for that season; the rewards won during the previous Game Week.

This is considered because it is essential to help the development team manage the supply of cards during an entire football season.

A key metric influencing the new system is supply. This mechanism clearly changes and evolves over the course of the season, which is why it is not possible to share a tabular example of what the rewards will look like on a particular game week too far in the league. What we recommend is to check the public prize pools and see how they progressively change over the individual weeks of play.

The contribution of a player to the pool is limited by two parameters, a hard limit that defines the maximum number of cards for a player that can be given for a single week of play and the so-called cooling limit, which limits the number of cards transferred. for a number of weeks of play. These limits also apply when redeeming reward cards.

Once this is done, we must also calculate the quality of the cards that will be dealt. To do this, the ratio of each quality in the remaining seasonal supply is applied, for example the percentage of Rare cards available to the global All-star that are Tier 3.

This will give us the exact number of cards by scarcity, quality and league of belonging. From the number of rewards that will be given for a single league, the respective cards will be sent in the divisions using a configuration available in the library accessible from the Sorare site.

The selection of the card prize is carried out using a random generator that is generated using 2 values: the block hash of the first mining on Ethereum after the cut off of the previous Game week and a private seed that is stored with hash inside the reward data (which therefore cannot be changed) and made public once the tournament has closed.

Each time a card is selected, it is also checked that it does not exceed the stock available to a particular player with the hard and cool down limits.

Anyone can check the rewards distributed for a GameWeek using the public rubygems library accessible from the site:  https://rubygems.org/gems/sorare-rewards/versions/1.0.0

After the recent update of the Dynamic Rewards system that we have analyzed today, the next goal to help improve the Rewards experience of Sorare managers will be to update the system used to sort players by tier. In the coming weeks, we will be specifically looking at how the recent increase in the rewards offering will affect the classic tier system so we can start implementing a better experience for everyone.

For now, and like every enthusiast player of Sorare, we hope that these innovations provide a greater transparency on the operation of selection and prize distribution process.