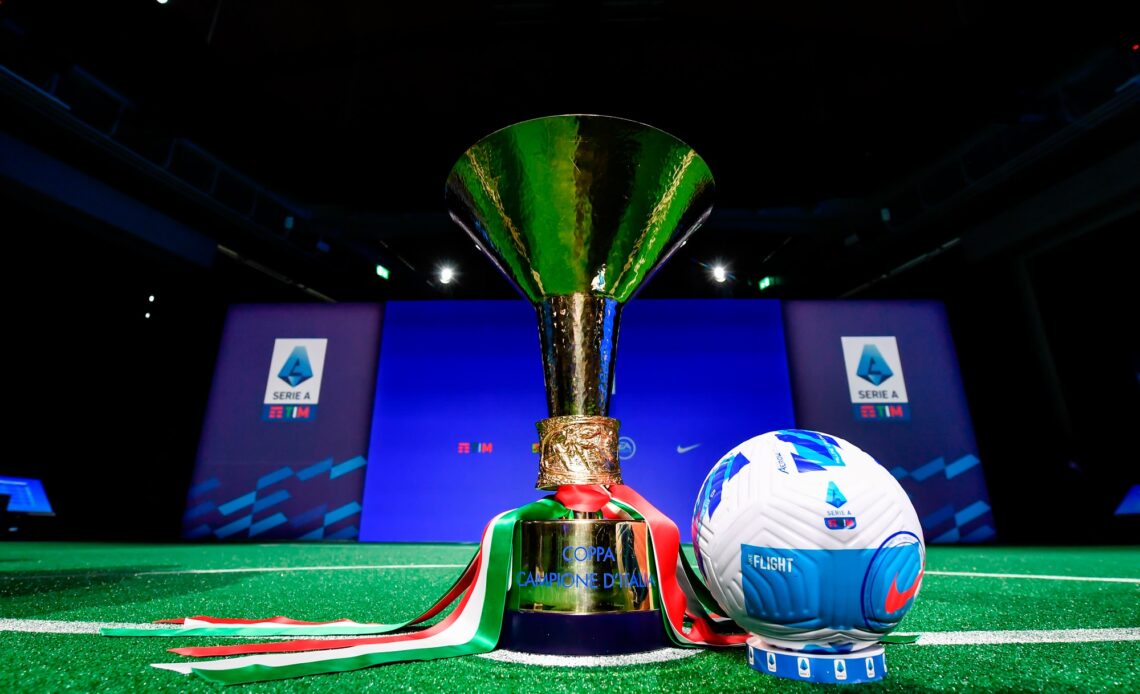 The 2021/2022 championship is a Serie A championship that promises unexpected changes, with teams even less accustomed to the final victory ready to make the coup right this year. It will not be easy for the reigning champions of Inter to confirm themselves given the fierce competition made up of winning coaches who try to confirm their value by increasing their personal trophy loot, and a Juventus that seems to be in serious difficulty in regaining the national title for a long time. secured to your bulletin board.

The Serie A was the last of the five major European leagues to take off this season. In May, the Nerazzurri fans celebrated in Milan’s iconic Piazza del Duomo when Inter ended an eleven-year wait to win the nineteenth Scudetto in their history. In August, however, those same fans were already protesting against the Chinese owners of Suning as well as defacing a well-known mural outside the San Siro of Romelu Lukaku, the symbolic player of the season, guilty of an unexpected and painful transfer to Chelsea at the last minute. His was the latest in a series of high-profile releases after the triumph of the current Italian champions,and this has clearly contributed to redesigning the chances of success of each contender of the season that is now being played. Antonio Conte also left his role as manager at the end of May, just three weeks after leading Inter to the Scudetto, and today is preparing for a new adventure on the Spurs bench in north London.

Right-back Achraf Hakimi, who scored seven goals and provided eight assists to teammates in his impressive first season at San Siro, was sold to Paris St-Germain in July, while Belgian forward Lukaku dropped his shirt. just a month later. Not only that, the Milanese club will also have to do without Christian Eriksen, a young Dane struggling with his fundamental health recovery after heart failure during Denmark’s opening match at Euro 2020.

Simone Inzaghi, who has won three trophies as a Lazio coach, has taken over the reins of the champions and is attempting the sensational feat of repeating the exploits of the multi-celebrated Lecce coach with a fairly scaled-down team. Inzaghi for his part has recruited midfielder Hakan Calhanoglu from city rivals AC Milan as well as having signed the former Manchester City forward -Edin Dzeko- on a free transfer from Rome. Winger Denzel Dumfries has been acquired by PSV Eindhoven and central defender Zinho Vanheusden has returned on loan from Genoa.

The speculations that insisted on the eve of the new season on the impending transfer of the Argentine ace Lautaro Martínez have been denied by a very important renewal, therefore we can confidently affirm that the other half of last season’s devastating goalscorer partnership (with Lukaku of course ) is firmly in the future of the reigning champions Nerazzurri. Nicolò Barella and Alessandro Bastoni remain at Inter, both protagonists of the 2020 European Championship (held due to Covid last summer).

On the other hand, it was a window of the transfer market in terms of high profile outings in Serie A. Milan failed to keep the Italian national goalkeeper Gianluigi Donnarumma, as the newly elected best player of the European tournament moved to Paris. St-Germain even on a free transfer. It is also true that Milan, like last year, started very strong at the start of the season, and at the time of writing they find themselves first in the standings on equal points with Napoli from Rome and Inter Luciano Spalletti.

The Rossoneri coach Stefano Pioli, together with Atalanta coach Gianpiero Gasperini are the only ones to maintain their position as coach again this year among the teams that finished at least in the top seven last year. Even if Gasperini loses a very important piece in Cristian Romero, awarded as the best defender of Serie A last season, and who left Atalanta for Antonio Conte’s Spurs.

As we have seen, Gasp’s Atalanta this year would seem to have something less than the exorbitant results achieved in recent years, and at the moment it finds itself in fourth position, closely followed by credible opponents such as Lazio and Rome.

The two biggest expenses paid for player cards by Serie A clubs during this summer were for two English internationals: Roma spent 34 million pounds for Tammy Abraham, while the transfer of Fikayo Tomori to the Milan side was made outright for a sum of approximately 25 million pounds.

Let’s not forget that three coaches with a championship pedigree are back in Serie A: Mourinho, Maurizio Sarri and Massimiliano Allegri. Each, in fact, won the Scudetto the last time he performed in the Italian championship. Mourinho won an unprecedented treble between the Champions League, Serie A and Coppa Italia in his final season at Inter in 2010, and has now taken on the new role of coach of Roma, who were last champion two decades ago, without winning a trophy for the past 13 years. The Portuguese coach, sacked by Tottenham in April, immediately made his presence felt in Rome,wandering around the club’s training ground and defending his Premier League record by saying he was unfairly judged when compared to other coaches “what a disaster for me would be an extraordinary achievement for others,” he said.

Also in the Italian capital, Lazio replaced Inzaghi with Sarri, who led to Juve’s last scudetto success in 2019-20 before being perhaps too hastily sacked by the Turin club. For Juventus it was the ninth consecutive title that the 62-year-old had bitterly defined as “taken for granted” by everyone.

Juve adds another player who graduated champion at Euro 2020 in their formation. It has always been Juventus, winner of nine league titles in a row (before their undisputed reign was interrupted in favor of Inter last season), to be the most representative club in the squad of coach Roberto Mancini.

And now Federico Chiesa, Federico Bernardeschi and the defensive pillars Giorgio Chiellini and Leonardo Bonucci are joined by another winner of Euro 2020: Manuel Locatelli, who arrived from Sassuolo.

Juve finished fourth last season under the guidance of the new coach Andrea Pirlo (first career bench), who was then sacked and replaced by the return of Massimiliano Allegri, who won five consecutive titles, four Italian Cups and reached two times the Champions League final during his five years as a Juventus manager between 2014 and 2019.

The five-time Golden Ball Ronaldo left Juventus overnight, and it is rumored that it was a decision already taken from that night in March when he turned his back on a free-kick by Sergio Oliveira del Porto, a ball that passed him between legs and ended up on the net, and which resulted in the premature exit of their team from the Champions League.

And the newly promoted?

When Venezia beat Cittadella in the Serie B play-offs to get promotion to Serie A, they ended a nineteen-year absence from the Italian top flight. On the famous waterways that bathe the Venetian lagoon, the team rightly celebrated with an iconic gondola.

As for Salernitana, the twenty-three-year wait to return to Serie A has been put on hold for two months due to ownership problems. The club, based in the port city of Salerno, on the Amalfi coast, in fact shared the same owner of Lazio, Claudio Lotito, who would thus have violated the rules governing competition.

Only in July did the Italian football authorities in fact allow Lotito to transfer the club’s shares to a blind trust and approved the registration in Serie A of Salernitana. At each, the club began the long-awaited return to the top flight knowing that it would have to be sold by 31 December, risking expulsion from the league.

By giansla
5 Mins read
Both Benfica and Bayern Munich are clubs supported by Sorare‘s platform. The fact that they also play in the Champions League confers a not insignificant utility for the fantasy coaches. Clearly we all know how…
Tips

Champions League: The Current Situation of the Teams in the Groups

By giansla
6 Mins read
The Champions League is back and the main clubs in Europe are totally immersed in the delicate group stage. While some results so far have been a real shock for football fans, other performances have…