An Important Utility for all Fantasy Coaches: SorareData 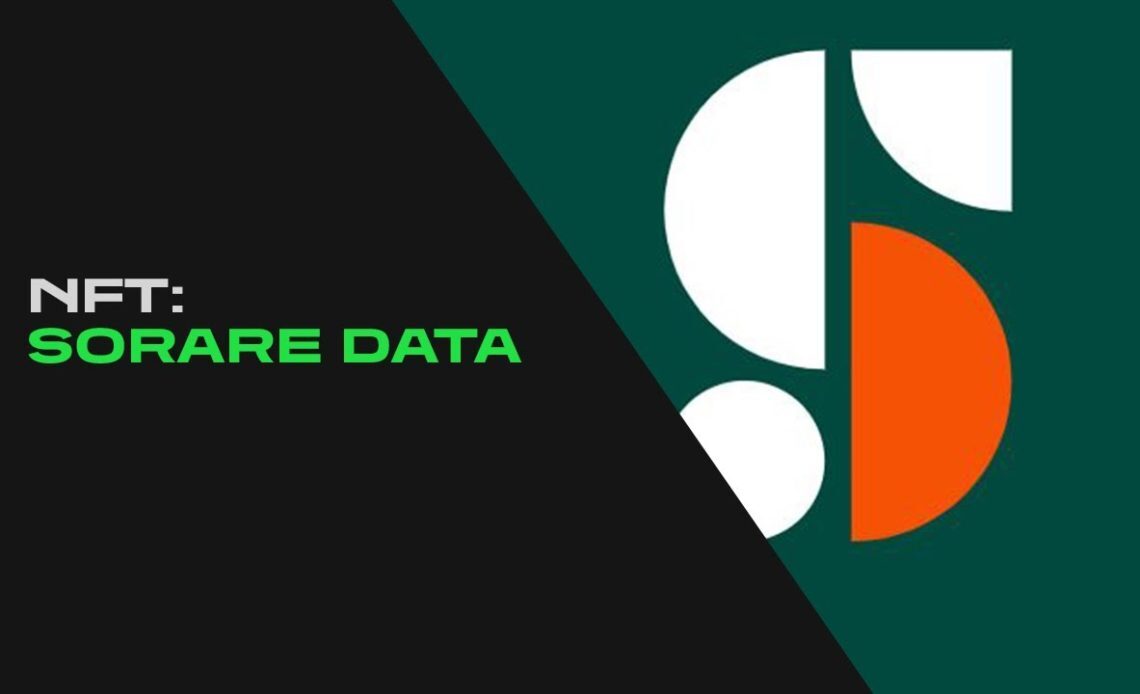 SorareData is the ultimate resource for Sorare fans. If you haven’t linked this important utility to your Sorare account yet, you are missing out on some truly crucial features for the success of your long-term strategy. Soraredata reports the technical data of practically everything that happens in every football match supported by the Sorare platform. From auctions and player sales, to tournaments, SO5 offers and so much more. This article is intended to help you make the most of some of SorareData’s most important features, and don’t forget that if you’re still at the very beginning, our definitive guide can help you get started in the best way.

One of the most characteristic aspects of Sorare compared to countless other NFT projects is the specific utility in terms of play that these digital assets have. While simply buying cards for mere monetary speculation is a viable strategy, bi-weekly SO5 tournaments give users one more reason to enter and compete with their collectible cards. The “leagues and cups” function recently launched on SorareData  recognizes your cards a higher intrinsic value, as it allows you to use them also for fantasy football tournaments other than the standard ones to be held among SorareData users. A way like any other to further satisfy your passion for fantasy football.

If you are not a user too accustomed to competing with thousands and thousands of other users on Sorare, SorareData offers you the opportunity to compete in a league with up to one hundred twenty-five coaches of a similar level to yours and which develops over six games. head to head or in a so-called regional “round robin” cup. The league game mode adds a little something extra, allowing you to compete even with eleven-player teams (plus reserves), thus rewarding your long-term performance.

Within weeks of the start of the debut season of these tournaments, there are already over a thousand users registered in the placement league with little or no score. About a quarter of the last two divisions are apparently inactive, and this demonstrates how this is a completely new game mode and still unknown to users accustomed to the more famous competitions present in SO5. On SorareData you will find seasonal promotions and card rewards for the best players in each league. All at no extra cost to what you have already incurred in the main SO5 app. Too good to be true. In any case, the constant increase in the influx of new users to these new competitions should be noted.

Planning your training in advance can be tricky. Although Sorare provides a tournament schedule for the entire month ahead, only the current and future play week are made available to upload your lineups. However, you can plan ahead for the inclusion of players from various leagues with SorareData’s “Lineup Builder”.

The interface is similar to that of Sorare’s standard platform, plus additional filters for player status and availability. A series of real statistics collected to allow you to avoid choices such as that of the most foul players, who get too many yellow cards, or the players who are more prone to injury than others. A series of data that helps you see what is difficult to grasp through faster, do-it-yourself analyzes. During the selection of the formations, the last fifteen scores of your players and the average score per position they have against the most imminent opponents they will face are also visible. These stats can be very useful when choosing players in a region you don’t know very well,and given the vastness of tournaments from all over the world that Sorare offers, it becomes perhaps even crucial, if you want to be a successful fantasy coach.

It proves to be a good tool especially for those who may not have the time to analyze the upcoming matches before selecting the best weekly line-up, which as we know must be done from time to time before a deadline for all registrations that falls. around 13:00 CET. It is undoubtedly essential to have an idea in advance of which cards should be used in each round of the league. Please also note that SorareData formations are not then transferred to Sorare. They are simply a “model” that you can use however you like.

The “Gameweek Center” shows exactly how many editions of a particular player have been entered in each league via the “Impact Players” tab. You will be able to insert filters by location and region and thus find out who will be your next weekly competition.

The Impact Players tab could save you precious hours of sleep by eliminating the need to scroll through the match tab and then cross it with the players you will find yourself up against in the next round. With the click of a button, you can intuitively find out which tournaments and players you will need to monitor to avoid any kind of surprises.

This can also be useful for users exploring new leagues without the slightest idea of ​​the divisions and variety of players and clubs in the region. It goes without saying that for the more attentive, it also proves to be an incredible search tool for new and completely unknown young talents. With a little practice your scouter’s eye will know no bounds.

SorareData gives its users a special ranking that shows the average positional scores of each real soccer team per match and their opponents from the last ten matches. This is essentially a guide to SO5 modules, it will save you valuable time in analyzing cards and checking countless statistics.

Let’s take the US football league for example, in it we can monitor – among other things – how much the opposing midfielders have scored in the last ten games of the season. The team with the worst performance according to the metric you set and much more thanks to the same easy-to-set mechanism. How you choose to interpret this data will then be up to you alone. If there has been a bad fit or underlying weakness in a certain location, always keep in mind that using multiple sources and research tools is the real key to being successful on Sorare. While the “Team Rankings” feature can generally be a great place to start, it is especially enhanced when you find yourself competing in new regions or in those that may not have all clubs authorized to participate in the Sorare ecosystem (as you know if they always add new ones practically weekly). SorareData also collects statistics on unlicensed clubs on Sorare, we are talking about leagues such as the Turkish national league competition and others.

At the top right of the SorareData site you can view your manager profile. Usually many fantasy coaches overlook this type of functionality, assuming that it is purely a shortcut to set personal account preferences, however, what you will find thanks to it will offer a wide range of information about your team and will save you a lot of time in your daily analysis operations. Among other things you will also be able to keep track of what you have spent and earned on Sorare (which can be difficult and time-consuming due to daily price changes and the lack of an official transaction log on the Sorare website. ).

The Ethereum blockchain itself is a general ledger with every transaction recorded. Almost any information you might want from a reading of it can be viewed much more easily in the Manager Stats and SO5 Stats section. You will save several hours by scrolling through your direct transactions and trying to remember which card you won and especially when. SorareData presents all of this neatly under concise headings and even gives you an accurate assessment of your overall team using the corresponding prices. Another highlight is definitely the SO5 individual awards section just added on each card page. This drastically helps to achieve the potential ROI offered by SO5 competitions and to bond with your collectible cards.

The “Card Supply” section shows you how many cards of each player have been minted. You will discover the rarest cards in the game and the ones that have the fewest auctions left this season. This feature can be useful for understanding player prices and deciding whether to wait for an auction or take a look at the secondary transfer market instead. Understanding the role of supply and demand well is essential for learning the basics of Sorare and making profitable trades.

One of the facilitations in terms of analysis offered by SorareData is certainly that relating to graphs. SorareData makes transparency one of its flagships, which is also in the spirit of the official Sorare team. This neat section of charts allows you to track the extent of Sorare’s growth as a platform. Here you will see how many cards have been minted, how many newbies have just signed up, and how many are expanding their arsenal of footballers. If you are a fan of stats like these, you will like the very intuitive interface.

Checking your performance in the previous weeks of play on the Sorare site can be tedious if not a real headache, especially when you have to check data from many weeks ago. With SorareData, you can easily scroll between game weeks with its drop-down menu. This will make it very easy for you to relive your best weeks or analyze where you underperformed here and there. The SO5 results page tells you what you have earned and how close you have come (and then missed) to a weekly prize. It may not seem like who knows but in the whole of the features provided by the site you will certainly not be bored.

Ultimately it can only be concluded that highlighting how much SorareData can be an extremely useful resource for both newcomers and longtime veterans (it probably won’t even be a great find for the latter). It is evident that the huge amount of information on the site can be a bit confusing at first glance, so we hope with this practical guide to have given you some tips on how to navigate between the different features. You just have to test yourself by trying your hand at these important utilities, and remember that success almost always passes, as with everything, from a good dose of study done with tools that are up to it.