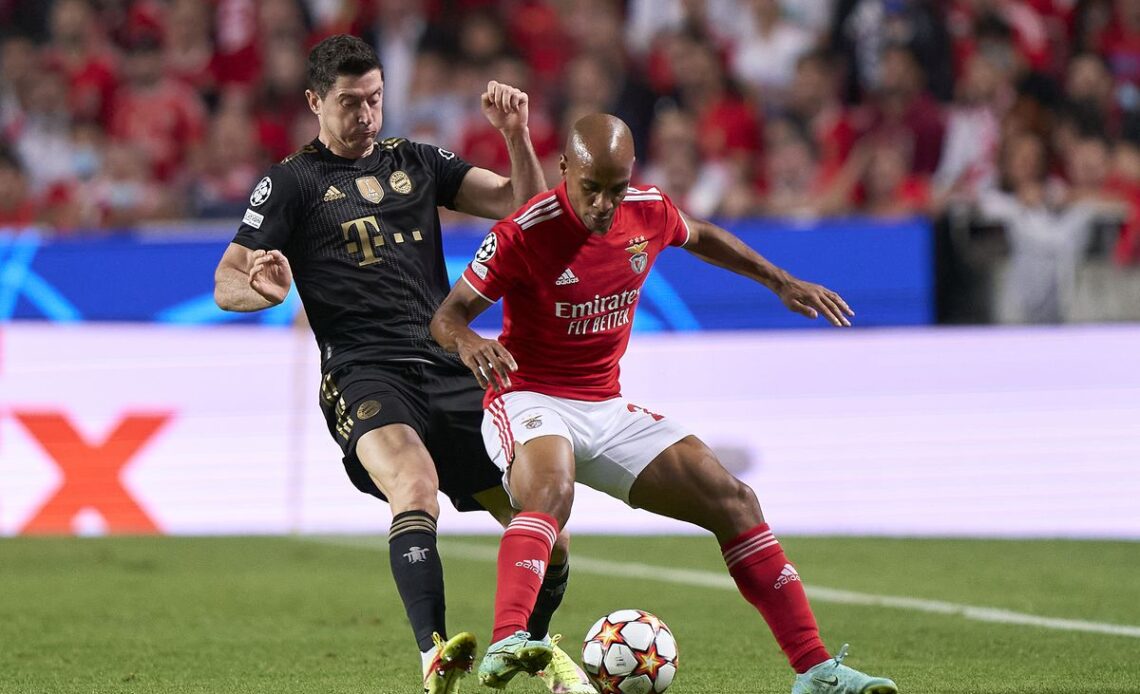 Both Benfica and Bayern Munich are clubs supported by Sorare‘s platform. The fact that they also play in the Champions League confers a not insignificant utility for the fantasy coaches. Clearly we all know how Bayern can boast an impressive roster of champions including Robert Lewandowski, Leroy Sane, Serge Gnabry, Thomas Müller, as well as a host of other world-class players who almost always guarantee Bayern Munich will win. against the opponent. The question we ask ourselves today is: will the Portuguese club Benfica be able to dispel the myth that hovers around the German club of records tonight? In our opinion it is very difficult for a number of reasons, let’s see them together.

The number one candidate for the Ballon d’Or

No one in any first division national league in the world has ever scored as many league goals in 2021 as Robert Lewandowski (thirty-three). If we wanted to add to the count also the matches played in European competitions it would reach the monstrous double digit of forty-one. The Golden Boot he won for his goals in the Bundesliga last season was only a small reward he won alongside the Best FIFA Men’s Player award he received shortly before.

In fact he was undoubtedly one of the favorites also for the Golden Ball (the most prestigious individual award in the world for a football player), and yet the last edition of this award was never held.due to the restrictions due to the Covid19 pandemic. Lewandowski has shown in recent years that he is the best scorer in the world as well as an almost impossible player for opposing teams to stop. Of the 54 club games he took part in at the start of the 2020/21 season, he has been fielded in the starting eleven on forty-one occasions.

A streak of fifteen all-scoring Bundesliga games was only briefly interrupted before a further brace scored during the win over Bayer Leverkusen. The 33-year-old Pole has pierced the opponent’s goal in each of his last seven Champions League games, scoring a total of ten goals. That count includes five this season alone, including braces against Barcelona and Dynamo Kyiv and a 4-0 goal in the first leg against Benfica on Matchday 3. Benfica have not been spared from Lewandowski’s wrath over the years, with the Polish forward boasting a tally of four four-three goals against the Portuguese club, including the last meeting in mid-October.

A formation without weaknesses

Even in the remote hypothesis that the Portuguese managed to keep the ace Lewandowski in front of goal at bay, they certainly could not do so at the expense of neglecting the other players of this record-breaking Bayern, a circumstance that in the same way leaves very little escape for Benfica. Gnabry has scored seven goals in all competitions this season just started, Sane has scored six, while Müller and Jamal Musiala respectively have four each. At the same time, central midfielder Joshua Kimmich already has three to his personal score.

Sane in particular was an extraordinary player with a direct impact in fourteen scoring actions for fourteen appearances on the field. The 25-year-old looks truly reborn under the guidance of Julian Nagelsmann and now plays more on the left side of the pitch. We also cannot forget Alphonso Davies who runs up and down his range of expertise with certain skills as well as proverbial speeds that are really difficult to stem.

If we add to all this the presence in midfield of Kimmich and Leon Goretzka we do bingo, as well as the bugbear for the Portuguese attack represented by the goalkeeper Manuel Neuer who seems to throw real hexes on the attacking opponents who approach the goal. Benfica will need much more than the miraculous appearance of their eagle Vittoria to take home three points against the German champions.

The desire for revenge of the Germans

Bayern enter Europe tonight after losing a 5-0 defeat to Borussia Mönchengladbach in the DFB Cup last Wednesday, with their streak of record-breaking useful results across Europe of 85 consecutive competitive matches that ended abruptly. However even this could be anything but good news for the good Benfica.

Just like a wounded and cornered animal, Nagelsmann’s team will enter the field with a particular nastiness and aimed at demonstrating full compensation for the mistake made a few days ago, and start a new series of goals on repeat. The only other defeat of the Bavarian team this season (a 2 to 1 at home against Eintracht Frankfurt on matchday seven) was, let’s say, “avenged” by an immediate five to one against Bayer Leverkusen right on the following day, as well as by other four consecutive victories ( including the away triumph against Benfica in the first leg of the Champions League).

If we think about it, the last time Bayern Munich lost by an equally high margin without scoring a goal was the 4-0 defeat in the Champions League semi-final against Real Madrid back in April 2014. Hamburg was then the team that had to suffer the full force of Bayern Munich’s frustration in the ensuing clash, losing 4 to 1. Not exactly an encouraging record for the Portuguese.

The “home factor” is a well-known ingredient useful to galvanize the host teams, and due to the indubitable boost of cheering at the stadium. This year, among other things, football matches have been reopened to the public after a long stop due to the containment and social distancing measures prepared in order to stem the pandemic from Covid 2019 (until a few months ago). The Allianz Arena is not an easy place to collect points if you are playing as a visiting team. Portuguese clubs have already discovered this to their own expense in recent years: Bayern’s record on their schedule is eleven wins and two draws against teams from Portugal.

Bayern have won each of their last five, scoring twenty goals and conceding just three.Not only that, he has also won nine of the last ten Champions League matches played at the Munich stadium, while this is already the third consecutive season (and the ninth ever), in which Nagelsmann’s men have won the first three games. of the competition. With fans now physically present at the stadium again, the Bavarian team is undoubtedly able to pre-book their seats for the next round of the Champions League as early as tonight. The omens are clearly in Bayern Munich’s favor.

The history goes against Benfica

Bayern and Benfica are among the largest football clubs in the world by membership and are both the most historically successful teams in their home countries. However, there has only ever been one winner since the two met on a soccer field.The Munich side have won eight of the eleven matches between the European Cup, UEFA Cup and Champions League. The other three (all held in Lisbon) were draws. Prior to Bayern’s four-nil success in early October, the most recent group stage matches saw Bayern Munich win by two to nil in Portugal and then by five to one at the Allianz Arena, with Lewandowski. who scored three goals in these two challenges. The overall balance in favor of the German champions against Portuguese opponents is eighteen wins, nine draws and only two defeats, both against FC Porto (second placed in the last edition of the Portuguese championship).