Champions League: The Current Situation of the Teams in the Groups 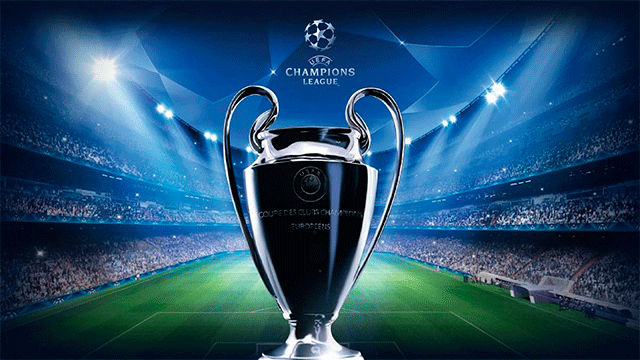 The Champions League is back and the main clubs in Europe are totally immersed in the delicate group stage. While some results so far have been a real shock for football fans, other performances have reiterated that some are the real teams to beat to win the top step of the podium of this 2021/2022 edition. We all know that Chelsea are the title holders, however, this season there are perhaps the highest number of truly credible candidates for the final win ever – let’s find out together.

Despite the defeat in Paris, Manchester City’s performance was encouraging in terms of attacking pressure at the Parco dei Principi with a squadron such as PSG (among the favorites to win the final).

Tuesday was the night Lionel Messi officially debuted at Paris Saint-Germain. Although the long-awaited “MNM” frontline failed to create too many opportunities against Manchester City, Messi has shown he can still make a difference even at the highest levels.

Two games, six points, eight goals scored and none conceded: Bayern could hardly hope for a better start to their Champions League season. With the trip to the Camp Nou passed with surprising ease, expect the Bundesliga champions to fly straight into the knockout stages.

While several problems remain for Juventus to iron out, the 1-0 win over Chelsea was a strong affirmation of Massimiliano Allegri’s side. Federico Chiesa is one of the most promising young strikers in Europe, and if the Bianconeri manage to build a team around the Italian national team, then a race to the last stages of the Champions League cannot be ruled out.

Many expected the reigning champions to score three points against Juventus, but Chelsea’s performance raised further questions as to whether Thomas Tuchel may need to tweak his tactics with the Blues. The return of Mason Mount can solve some of the problems found in Turin.

Very few fans speak of Liverpool as a potential Champions League winner, but given the strength of the group, having six points out of six is ​​a fantastic position to start from. The 5-1 victory against Porto, and an attacking department with Mohamed Salah, means the Reds are at least among the top 5-6 contenders for the title.

United’s last-gasp victory over Villarreal could be the turning point of the season, but given their worrying performance at Old Trafford, it’s hard to see them as favorites, even if anything is possible with CR7.

Madrid’s defeat at the hands of the Sheriff at the Bernabeu is perhaps the biggest surprise in Champions League history. Tuesday’s defeat will serve as a serious wake-up call for Carletto Ancelotti’s men.

All Dortmund had to do against Sporting CP was to win, and the victory was achieved thanks to Donyell Malen’s first goal for the German club. With six points out of six, Dortmund fans are already close to the spot in the knockout stage.

Certainly Ronald Koeman will not stay in office for much longer as Barça manager. The coach’s exoneration will not solve all the evils of course, but at least it could give the shock that the Blaugrana need before the double meeting with the Dynamo of Kiev.

If Malmo had any chance of getting out of the group, he had to avoid defeat against the other Zeniths. Two games played, no goals scored, seven goals conceded. Very bad.

Besiktas actually made a good effort against the Dutch champions given the important defections in the first team. All is not yet lost after the 2-0 defeat, but the victory in the next double match with Sporting becomes imperative.

Despite having one of the top scorers in the competition, Leipzig have little to rest easy after a disastrous home defeat at the hands of Brugge. An early exit in the group stage is now almost certain given the competition.

Sporting failed to avoid their second consecutive defeat in Europe against Dortmund. The Portuguese champions face a decidedly uphill challenge, but they can still do it if they take maximum points against Besiktas.

With the defeat at Atalanta by 1 to 0, the Swiss champions were somewhat reduced compared to the victory in the first match with Manchester United. Will they be able to repeat themselves? Hard.

After the initial defeat to Sheriff, Shakhtar got back on track with a home draw against Inter on Matchday 2. Qualification for the knockout stage still seems a long way off but the Ukrainian side now have one more point to hold on to in the next few matches.

The result of 5-0 against Bayern Munich was really punishing for the Ukrainian champions. All is not yet lost, especially considering the tragic start of Barcelona in the same group, but it will take victories over the Catalans to be able to place themselves in the top two places.

Lille have not lived up to their Ligue 1 champions title so far, with their two Champions League performances suggesting a very close group stage exit.

Former Real Madrid star Pepe was sidelined against Liverpool, and without him the Portuguese side went from keeping Atletico Madrid at bay away on Matchday 1 to a disastrous defensive performance against the Reds.

No one would ever bet a Euro on the SHeriff ready to win the first two Champions League games, including the away match with Real Madrid. The Moldovans have so far been the fairytale of the competition, but it remains rather difficult for them to maintain the first position of the group with Inter and Real lurking.

Zenit faced Malmo with a knife between their teeth and came out the winner. The Swedish guests were blown away with a resounding 4-0, leaving Zenit well positioned ahead of the double challenge against Juventus.

The impressive performance of Club Brugge at the start of the Champions League has gone relatively unnoticed. After a well-deserved home draw against PSG they achieved a superb away win with Leipzig. Now a double meeting with Manchester City awaits them.

Two games and zero points do not tell the whole truth about AC Milan’s return to the Champions League, which until now could have also realistically won both games with performances that have been truly noteworthy. The last-minute penalty cost the Rossoneri one point left against Atletico, and now that means they have to beat Porto both at home and away to keep the bar right.

Villarreal must have left Old Trafford on Wednesday wondering how they failed to beat Manchester United, let alone lose. The team dominated the game but will have to be much more cynical in front of goal if they want to move into a tough group like theirs.

After a draw against Salzburg on Matchday 1, Lopetegui‘s side were the beneficiaries of one of the most bizarre penalties seen so far this season, with a point collected against Wolfsburg.

Were it not for Sevilla’s aforementioned penalty, Wolfsburg would have four points in two games. Mark van Bommel’s team will have to recover from the disappointment of the final draw with Sevilla and rejoin a group that looks competitive.

Wednesday’s three-nil victory over Barcelona was truly special for Jorge Jesus’ side. A double fight against Bayern Munich could bring them back to ground in the coming weeks, but after the disappointing draw in Kiev on Matchday 1, their hopes for qualification have magically risen again.

Given their other group results, Salzburg have a chance not only to qualify for the round of 16, but also to win the group after a 2-1 victory over Lille on Wednesday. Karim Adeyemi is emerging as an absolute threat, a teenager who has scored four of the five penalties awarded to the Austrian champions in their last two games.

Atalanta may not have matched the attacking performances of the last few seasons yet, but the narrow victory over Young Boys has set them on track to get through the group stage again. Their next double fight against Manchester United is not as daunting as it once might have seemed, as a result claiming top spot in Group F is not out of the question.

Inter and the Champions League have not been a happy marriage for almost ten years. After taking only one point in the first two games, the Nerazzurri will have to step up their pace in view of the double encounter with the Sheriff. Not doing so would certainly mean another early exit for the 2020/2021 Serie A champions.

Perhaps the fittest team in Europe, Ajax are flying off to cross the group stage after scoring two out of two wins. Borussia Dortmund will certainly offer them a more challenging test in the next few games, but for now everything looks ok for the Dutch team.