Overview of Current Injuries in the Premier League 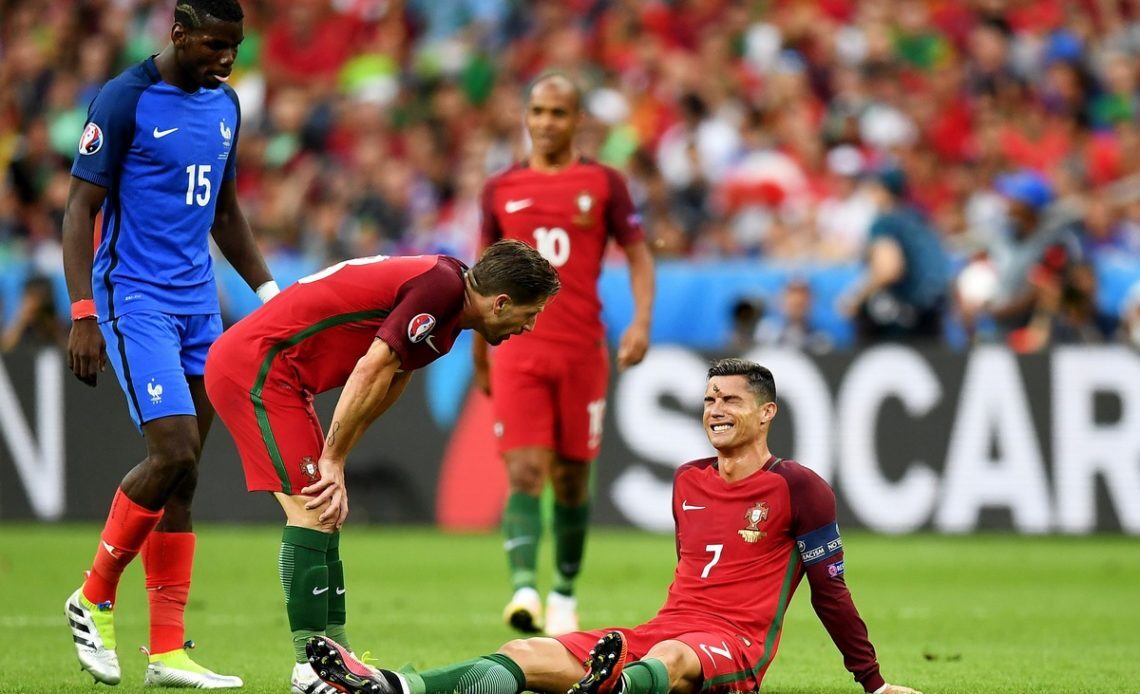 As every Sorare manager knows well, evaluating the injured players in their players’ pool plays a fundamental role in being successful fantasy coaches, also from a transfer market perspective to take advantage of any price drops, or avoid unnecessary purchases in the short term. Today we will see together a summary of the players parked in the infirmary as regards at least the main clubs specifically in the Premier League. In fact, this is undoubtedly the national league of greatest interest on a global level today, and we hope consequently with this quick review to be able to give a good help to our followers. Also don’t forget to take a look at our guide to the game if you consider yourself a beginner. Let’s start.

Bellerin: Thigh injury. He missed the match against Chelsea on 22/8 with a thigh problem. He sees himself again in training ahead of the EFL Cup against West Brom on 25/8.

Magalhaes: Lack of physical fitness. He returns to training on 24/8 after recovering from a knee injury sustained in early July.

Runarsson: Lack of fitness. Back in full training from 24/8 after recovering from Covid-19.

Partey: Ankle injury. He suffered an ankle injury in the pre-season match against Chelsea on 8 August. He aims to return to training at the end of August.

Saka: He took a knee blow against West Brom on 8/25, but his manager says he’ll be fine for the match.

Tierney: Thigh Injury. Substituted against Chelsea on 22/8. Back to training ahead of the EFL Cup match against West Brom on 25/8.

Willian: Illness. Positive coronavirus test result before the Brentford match of 13/8 and missed. His health was monitored ahead of the Chelsea game on 22/8 but has not been confirmed as present.

Bailey: Thigh injury. He missed the match against Newcastle on 21/8 due to hamstring strain.

Davis: Set aside for an unspecified injury before the start of the 2021/22 season. Still not available from 20/8.

Sanson: Lack of form physics. He returns to training ahead of the match against Newcastle on 21/8 after recovering from a knee injury sustained in April. He has not been summoned.

Traore: Injury to the thigh. Excluded until after the break for the national teams in September due to a hamstring injury sustained in the friendly against Liverpool on 15/8.

Trezeguet: Knee injury against Liverpool on 10/4. Aston Villa confirmed on 12/4 that he will be operated on after suffering ligament damage.

Watkins: Knee injury. He limped out against Salernitana on 8/8 due to a knee problem. He missed the Watford game on 14/8 and is highly unlikely to show up against Newcastle on 21/8. With the aim of returning against Brentford on 28/8 or after the national break in September.

Burn: Knee injury. He missed the start of the season with a knee problem. Unavailable for matches against Burnley on 14/8 and Watford on 21/8.

Lamptey: Thigh injury. He missed the entire preseason and early 2021/22 due to a hamstring problem. He will not return before the international break in September.

Maupay: Shoulder injury. Substituted at the interval of the victory over Watford on 21/8 for a shoulder problem. Described only as a “chance” to play the match against Everton on 28/8.

Mwepu: Substituted due to injury on 24/8. He only has a “remote chance” of playing against Everton on 8/28.

Scherpen: Ankle Injury. Media on 8/8 suggests he will miss the start of 2021/22 due to an ankle problem. His manager confirmed he would miss the match against Burnley.

Veltman: Isolation in line with government and Premier League protocol.

Welbeck: Lack of fitness. He returns to training on 26/8 after recovering from a hamstring injury that caused him to miss the beginning of 2021/22. “Could” be on the bench against Everton on 28/8.

Loftus-Cheek: Disease. He missed the match against Crystal Palace on 14/8 after delivering a positive Covid-19 test.

Pulisic: Positive at Covid-19. He will miss the Arsenal match of 22/8 after returning a positive test.

Evans: Foot injury. His manager said last 2/8 that an adequate state of form for the beginning of 2021/22 was “questionable”. Subsequently in fact excluded until after the international break in September.

Fofana: Leg injury. He suffered a broken leg and ligament damage in the pre-season match against Villarreal on 4/8 and faces a long period of rehabilitation. Return unknown.

Justin: Knee injury. He went out on a stretcher during the game on 10/2 and will be re-evaluated by the medical staff. A scan revealed damage to the anterior cruciate and it will be out for a long period of time. An update on 8/26 said it was aiming to return in October.

Mendy: Groininjury. He missed the start of the 2021/22 season with a groin injury. No official updates provided by the company since then.

Vestergaard: Knee injury. He missed the game against West Ham on 23/8 with a knee injury. Excluded from the Norwich match on 28/8, but is expected to return after the September national team break.

Fabinho: Hemissed the match against Burnley on 21/8 for personal reasons.

Milner: He missed the match against Burnley on 8/21 for a light shot in the hamstring.

De Bruyne: Ankle injury. The Belgian champion injured his ankle before the match against Norwich on 21/8 and missed for the match. Destined to skip the match with Arsenal on 28/8 according to his national team coach.

Foden: Foot injury. He suffered a foot injury while representing his country at Euro 2020. His manager said on 6/8 that he would be out “for a while”. The player himself added on 8/11 that he expected to return “in four weeks”.

Telles: Ankle injury. He will be out until the end of August due to an ankle injury reported by his club.

Henderson: Lack of fitness. He missed the victory over Leeds on 14/8 because he was suffering from the after-effects of a Covid-19 infection. He is back on the field on 20/8, but he has yet to be fully part of the team’s mechanisms.

McTominay: Groin injury. Manchester United confirmed on 26/8 that the player has undergone groin surgery and will face a period on the sidelines.

Rashford: Shoulder injury. Media on 7/13 is suggesting that he will undergo surgery for a long-standing shoulder problem and be sidelined for about three months.

Dubravka: Foot injury. He had foot surgery in preseason and missed the start of 2021/22. He has since suffered an infection and his recovery has been further delayed. His manager has estimated 8/25 that he will be back in about eight weeks.

Darlow: Lack of fitness. Fight for better fitness after contracting Covid-19 during pre-season and will miss the start of 2021/22. Still “very far” from returning.

Dummett: Lack of fitness. Back in full training from 24/8 after recovering from a calf problem that forced him to miss the first two games of 2021/22.

Hayden: Knee injury. He injured his knee against Aston Villa on 21/8. He will not be in the EFL Cup on 25/8, but will have the chance to return against Southampton on 28/8.

Shelvey: Calf injury. He injured his calf and missed the Aston Villa game on 21/8. He could be out for another month starting 8/24.

Byram: hamstring injury. He missed preseason 2021/22 with a hamstring problem. “A little far” from the return to the field with the under 23s from 20/8.

Placheta: He is still suffering from the after-effects of Covid-19 and will miss the first three league games of 2021/22.

Armstrong: Calf injury. He missed his first two games against Manchester United on 22/8 and Newport County on 25/8 with a calf problem. He will not recover to face Newcastle United on 28/8.

Smallbone: Knee injury. Set aside by the coach due to a knee injury against Leicester on 16/1. It later revealed an anterior cruciate ligament injury with the manager estimating a six-month suspension.

Chalobah: Will miss matches against Aston Villa on 14/8 and Brighton on 21/8 due to illness.

Joao Pedro: Knee injury. The old acquaintance of the Italian league will miss the clash with Aston Villa on 14/8 due to a knee injury suffered in pre-season. No deadline has yet been set for his return.

Kucka: Thigh injury. A minor thigh injury was ascertained before the trip to Brighton on 21/8, but remained on the bench as a precaution. He should be back against Spurs on 29/8.

Masuaku: Lack of physical fitness.He took the field with the under 23s on 30/7, 16/8 and 20/8 after recovering from a knee problem. However, he still has to return to the first team.

Boly: Lack of fitness. Return to training on 23/8 after recovering from a hamstring injury. He couldn’t play against Manchester United in the match of 29/8 but could return after that.

Jonny: Knee injury. Excluded for the rest of the season due to an anterior cruciate ligament injury suffered on 5/4. He will undergo surgery in the week of the fourth of December.

Mosquera: Injury to the hamstring. The start of 2021/22 has now been skipped due to a hamstring problem. They are “a week or two” away from the hypothetical return set by the Wolverhampton staff.

Neto: Knee injury. He started immediately with a serious knee injury against Fulham. He underwent surgery and has been unavailable since. A return to the field in December was suggested as a precaution by his coach.