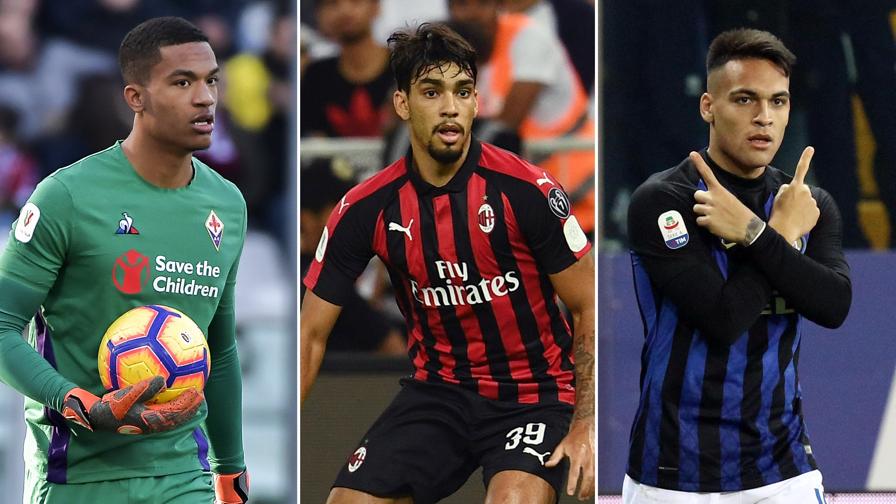 Today we will analyze together a couple of interesting players belonging to the Under 23 category , highlighting in particular which parameters to focus on during our research activities. Also remember that if you are taking your first steps in the world of Sorare our definitive guide will be very useful to understand the basics.

Ayase Ueda is one of the brightest talents among the young players emerging in the Kashima Antlers . Since joining the first team in 2019, he has grown rapidly and is currently one of the biggest talents in the Japanese J-league.

Ayase Ueda first appeared on the scene in 2019 with almost seven hundred minutes divided between league and cups that led to the scoring of four goals. Most of his appearances were less than half an hour of play, but his talent nevertheless remained evident. Despite his limited appearances, he scored an average of 0.52 goals per game and scored an xG of 0.46. During the performance against the Shimizu S-Pulse in which the Kashima Antlers won 4-0 Ueda scored two goals as a true protagonist, as well as two back post taps in significant determinants on the team’s performance. Ayase Ueda is a center forward who does exactly what the center forward should do, stationed in the opponent’s penalty area ready to strike on the first defensive error. As you can see from the past performances fielded last season he often gets bonuses for shots taken from excellent positions.

Last season was the moment when Ueda really exploded in terms of notoriety and performance. He scored ten goals in all competitions in which he participated with almost 1300 minutes played. He is increasingly assuming those classic center forward positions and consequently often has opportunities to hurt his opponent; which is really encouraging with an average of 0.7 goals per game and an accumulation of 0.6 xG every ninety minutes played. He also made 3.91 shots per game and with an accuracy of 39.3%; Ueda also scored an average of 5.52 balls played in the penalty area. Ayase is more likely to score than create chances for teammates, but has averaged 0.84 assists; however the xA on them is a modest 0.07. His cross is at a modest 0.77 per game and finds his partner in 18, 2% of the time. It’s not quite the Hakimi of the situation when it comes to creating chances. However we can forgive him because he is a real threat in the opponent area.

So far this season Ueda has started all the games except one and scored four goals between league and cup as we said. Additionally, he currently averages 0.55 xG per game and also hits 3.29 shots per 90 with an accuracy of 42.1%. His numbers are currently in line with last season and having scored two in his last three, it is possible that Ueda can further improve his last season’s tally of ten goals. The big question at the moment, however, is how it can fit into the plans of new managers; after Naoki Soma replaced his ward mate Zago. He is predominantly a left side player, but he can play through and through. One can imagine that he can therefore take the left post and hopefully this means Ueda and Everaldo in a crackling partnership. However, there is also Diego Pituca, another new signing to add to the Kashima Antlers midfield equation. Very difficult to predict the rotation in the J-League,it is enough therefore to hope that our champion impresses the new coach sufficiently so as to keep the jersey won so far.

Currently it is around five hundred Euros in Ethereum counter value, and the recent auctions have reported a fair value especially if you are trying to build an under 23 or Asian Champion team. It is very likely that the boy can start well already this summer, so we will be careful observers on how the new manager will set up his team.

Orkun Kokcu is a name that most people on Sorare will know . Kokcu is one of the Eredivisie’s brightest prospects and is having an exciting season with Feyenoord . He has 18 starts in the Eredivisie last season and was a mainstay as Feyenoord tried to chase the limited Champions League spots for the Dutch league. This guy is really talented and we say boy because he’s only 20 years old. If we look at the Youth League Orkun Kokcu may seem really too good for such a level of competitiveness. An emblematic match was when he scored two goals during the 4-3 victory with Napoli Under 19. He absolutely managed the game as a star and it quickly became apparent how he was striding towards the senior team at Feyenoord. He also appeared with a goal at the UEFA European U19 Championship during Germany’s 4-1 defeat to the Netherlands; since then, however, Kokcu has changed his militancy by joining the national team of his native Turkey, having a double passport.

The season of Orkun Kokcu

During the 2018-19 season Kokcu broke into Feyenoord first team and authoritatively managed eight league appearances for youth team appearances. In his 564 minutes played he recorded for the first team that season he scored three goals and three assists. Surely it is at this point that the Feyenoord management realized what a good player they had in their hands. In the 2019-2020 season he made twenty-two appearances for Feyenoord in the league and nine appearances in the Europa League. This is where we have some really interesting data to look into between League and Continental Cup competitions (as the only matches eligible for SO5).

One of Kokcu’s strengths is that he loves direct shots on goal, he is not afraid to shoot from any area of ​​the opponent’s half. When it comes to scoring in SO5, Kokcu is able to rack up a good score in terms of All Around. It does this with some of the nuances in the Score Matrix. A shot on goal is worth three points and is not penalized for missed shots. Of course we want him to score as many goals as possible and he only scored three goals in SO5-eligible matches that season; growing an xG of 4.58. But these little things add up when it comes to scoring points. In that season he had sixty shots on target with an accuracy of 40%; an average of 2.12 shots per game with an xG per game of 0.16. It is more or less the same this season, although its accuracy is slightly lower. So far he has accumulated 46 shots on goal, with an accuracy of 30.4%; averaging 2.35 shots per game with an xG of 0.11. He is slightly overtaking his xG as he has scored 3 goals this season with an average of 0.11.

Where Kokcu truly excels in the matrix are the transition points; this undoubtedly depends on two things: how talented he is; and the quality gap between the traditional big teams in the Eredivisie and the smaller teams. Because of these factors, Kokcu has so many opportunities to play in the last third of the pitch that it makes an impression. Therefore, given for granted as the fact that he is a true master of the passages, we understand that it is precisely here that Kokcu accumulates most of the points. At each match it is evident how you lead the team to rise and how much action it manages to overcome in the opposing half of the field. Kokcu averages over fifty passes per game, finding his man 84.4% of the time. It is from these advanced positions that he manages to carry the ball to the opponent’s far defender.

From Sorare Kokcu’s point of view it has serious value in perspective. He is currently only 20 years old and it is quite clear to estimate that he will get at least four more years in the Under 23 category (20,21,22,23) . You can also play it in both global and European Challenger divisions. There is also another aspect to consider, European clubs are starting to take a serious interest in this guy. We think it is only a matter of time before another more famous Feyenoord club acquires him and puts him in a position to make the real leap in quality (possibly also for our portfolio of fantasy coaches). Not sure what the real financial implications were on Feyenoord during the Coronavirus pandemic; but whether they are in any case capable of rejecting a large economic offer is heavily in doubt. If Kokcu ends up in a club that doesn’t have Sorare’s license , their supply of cards will also be limited as they will no longer be minted. With all of that in mind, we think it’s still reasonably priced at the moment if you’re thinking of getting it. It currently has purchase prices ranging from € 3-500, which, given that it is only 20 years old, is a bargain given the general state of the market. People need to start getting to grips with these guys if they are to have a successful and projected team, not just in the very short term. If he played in a league up to a reasonable age of at least 32 it would be something like 30 Euros per season,which is less than one Euro per game!  We honestly think that people are sleeping on these young people and that users need to start planning for the long term, but we will continue to deepen this topic of analysis on young talents from all over the world in the future as well . We hope that with this guide we have already given you some technical ideas on what to watch more when trying to identify a player who is more valid than others for your SO5 team. Good luck!

By giansla
5 Mins read
The 2021/2022 championship is a Serie A championship that promises unexpected changes, with teams even less accustomed to the final victory ready to make the coup right this year. It will not be easy for…