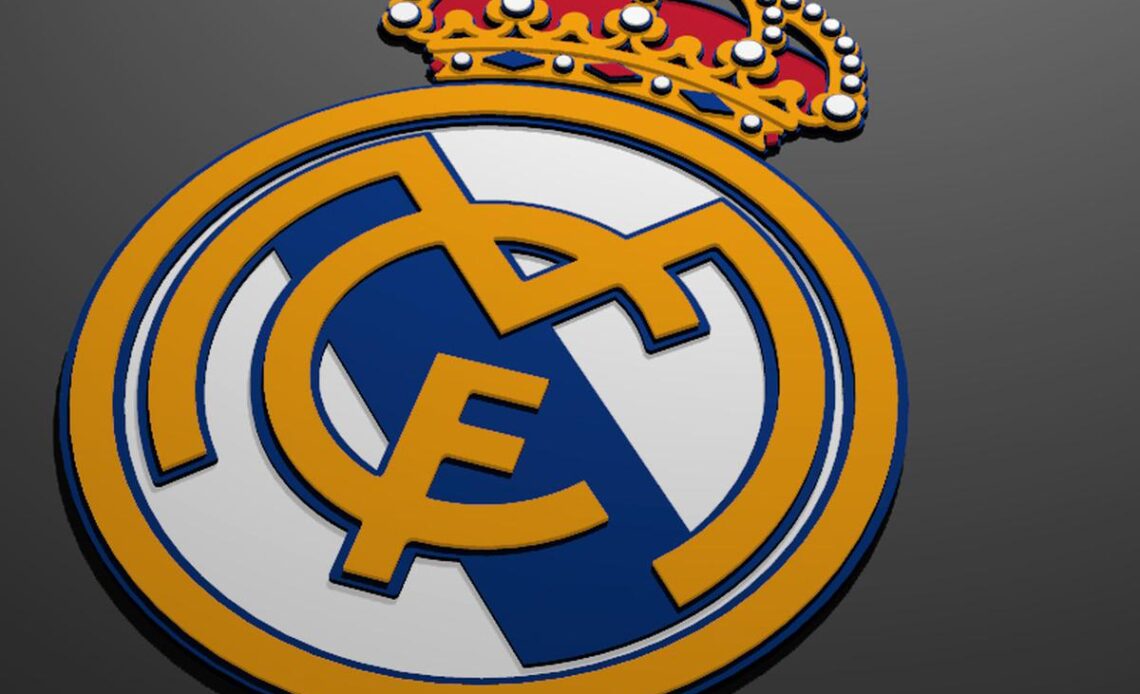 After a trophy-free 2020/21 season, Real Madrid’s hope is that Kylian Mbappé can be acquired by Paris Saint-Germain these days and that the arrival of David Alaba will help fill the void left by defenders Sergio Ramos and Raphaël Varane. The return of the Italian coach Carlo Ancelotti aims to stem the other great powers of Spanish football, as the former “galacticos” of the Spanish Liga have registered two consecutive years without great trophies for the first time since 2010 to date.

Historical notes on the Real

The club had an estimated value of 3.8 billion euros in 2019 and had established itself before Covid as the second most profitable football club in the world, with an annual turnover of 757.3 million euros also in 2019. It is one of the most supported teams in the world by a pool of fans that number in the tens of millions. Real Madrid are one of the three founding members of La Liga who have never been relegated from the top division since its inception in 1929, alongside Athletic Bilbao and Barcelona. The club also stands out for its many long standing rivalries, notably the famous “El Clásico” held every year several times a year against Barcelona, ​​or even “El Derbi Madrileño” against Atletico Madrid.

Real Madrid has established itself as a force with evident sporting dominance in both Spanish and European football since the 1950s, winning five consecutive European Cups and reaching the final seven times. This success has also been replicated in the league, where the club has managed to win even five times in the span of seven years. The “Blancos” have won 66 trophies; a record 34 La Liga titles, 19 Copa del Rey, 11 Supercopa de España, a Copa Eva Duarte and a Copa de la Liga. In European and world competitions, Real Madrid have won 26 trophies, 13 European Cup / UEFA Champions League titles, two UEFA Cups and four UEFA Super Cups. In international football, they have achieved a record of seven world club championships.

Real Madrid is almost at the end to conclude any business and the championship has already begun with two wins and a draw, it does not seem that there will be arrivals in the club other than the possible Kylian Mbappe (now very remote possibility). There will be more starts as the transfer window continues with Sergio Ramos, Raphael Varane and Brahim Diaz, all already in new clubs. With a few tweaks here and there, it is clear how Real will be our favorite team for the 2021/2022 Spanish season and this is a good time to take a look at all the positions in the middle of the pitch, and understand how strong they are or weak the Real Madrid team, not compared to other teams, but rather with regard to whether they are really strong enough to fight for all the titles available in the next year,in particular the UEFA Champions League and La Liga, competitions in which we Sorare coaches score important points.

With all the transfer rumors going on in the past couple of months, a position that has been completely free of discussion is unquestionably that of the goalkeeper, and for good reason too. Thibaut Courtois was absolutely sensational and there is no need to think of a replacement for the Belgian and the same goes for his reserve. Andriy Lunin is young, hungry and a really good goalkeeper. He was unfortunate not to have too many opportunities over the course of last season, but we will see him more next year especially during the Copa del Rey, where Carlo Ancelotti is expected to use him as a starter in that competition.

There were glimpses of what Lunin is capable of during the recent friendly against Rangers and while he conceded two goals, he came out with some excellent saves. He could also be a little better than Courtois in terms of redistribution of the ball with a return from the bottom. Both goalkeepers are young and will certainly have a long and successful career in Madrid.

With the departure of Sergio Ramos and the sale of Raphael Varane, it is quite normal to be a little worried about the defense this season, especially as the club does not appear to have any plans to make any new signings. However, there is a logical thread behind this reasoning. With Dani Carvajal as the starting right-back, Ancelotti will also have Alvaro Odriozola as a reserve and Lucas Vazquez who has shown that he has what it takes to complete the mending work. Even if Odriozola ends up finding a new team to play for next season, the Blancos will still come out pretty solid.

At the center, Real Madrid’s new defensive partnership will see Eder Militao and newcomer David Alaba aim to create a winning understanding. As a substitute, Nacho Fernandez has always been perhaps the best player to have on the bench while the other option could be Jesus Vallejo. However, Vallejo is expected to leave as Ancelotti reportedly aims to promote Victor Chust, who is more than good at the role he has carved out during the 2021 pre-season phase.

On the left, Ferland Mendy should be able to continue to hold the position with the now historic Marcelo as a backup. In fact, the captain has not been in top form in recent years, but Real Madrid find themselves a real gem in Miguel Gutierrez who has earned the chance to fight for just such a place in the starting eleven. If things go as many people from Madrid expect, Miguel will be a direct support to Ferland Mendy, in place of the captain.

It will be very interesting to see what Real Madrid has in store for the midfield department. The core we have become accustomed to will continue to thrive as Carlos Casemiro, Luka Modric and Toni Kroos will be an important part of next season, but other than that, it will all depend on what Ancelotti has in mind and the offers to come. Martin Odegaard and Dani Ceballos have both returned from loan at Arsenal, but are we sure they will have a future at the club? It looks like Odegaard may, although recent reports have indicated he may want to leave as Ceballos has made it extremely clear that he wants to fight for a spot in the club. The answer could also depend on Isco’s future, which is now familiar with being in the middle of market negotiations. There has been nothing concrete at the moment for Isco but it is no secret that if a good offer arrives, the Spanish midfielder could go elsewhere this season.

There remain Federico Valverde who will certainly remain at the club who hopes that his injury problems are now behind him and Antonio Blanco who impressed in the few performances during the last season of Zinedine Zidane and could be promoted to the first team by Ancelotti who is a fan of the young Spanish talendo. He already has what it takes to become part of the Real Madrid final squad.

However, even if the midfield looks extremely complete, some changes are to be expected. Regardless of the result, the club should be in a healthy enough position not to worry too much as they will have most of their midfield at their disposal to stay in the top spots of La Liga during what is sure to be a very tiring season for all of Spanish football.

This is where things get extremely interesting for the club. In a nutshell, there are obviously too many forwards and almost none of them will want to be on the bench during this season. On the flanks, Real Madrid will have two seats available and this means that Ancelotti will have to juggle Vinicius Junior, Eden Hazard, Rodrygo Goes, Marco Asensio, Gareth Bale and Lucas Vazquez, a really wide choice. Vazquez could play as right-back when needed, but he certainly won’t be where Ancelotti puts him in unless necessary. Takefusa Kubo is also a winger but he is expected to leave again on loan before the end of the transfer window as although the young Japanese forward continues to amaze,he still needs more time to express himself at his best and there is no room for him in the team given the current abundance in that department.

As for the rest of the players, none of them will want to leave. Bale is in his last year on his contract while Asensio has already made it clear that he will also stay for next season. Vinicius and Rodrygo are both great players with incredible potential, so it will be difficult for Ancelotti to give all these players the time they deserve on the pitch. As for the role of striker, Karim Benzema will be the starter, but Real Madrid will have problems selling Mariano Diaz who continued to refuse to speak to other clubs despite his playing minutes being extremely limited as well as Luka Jovic who could not replicate the form that made him one of the most sought after strikers in Europe a few years ago with Eintracht Frankfurt.If all this was still not enough to give us a good headache, let’s not forget the most sensational voice of the European transfer market linked to the club: Kylian Mbappe. The young French champion will certainly have his name in the list of the starting eleven if he leaves PSG these days. This can only mean more less time for some of the wings who are already at the club today.

Real Madrid are already strong and not many changes will be made compared to last season. The players have the skills to fight for every title the team is aiming for, but it remains to be seen whether they are strong enough to actually win anything. The Champions League is a very tough competition and Real Madrid will always have that historical experience on their side, even if these players are no longer the same as they used to be and it’s hard to see them make it to the final when they have to juggle the likes of today. PSG and the usual top British teams. Finally, let’s not forget the championship, where they could potentially win as it is a prolonged competition where talent in the long term tends to emerge more easily. The further addition of Kylian Mbappe would not solve every problem, but it would certainly help a lot.

By giansla
5 Mins read
The 2021/2022 championship is a Serie A championship that promises unexpected changes, with teams even less accustomed to the final victory ready to make the coup right this year. It will not be easy for…