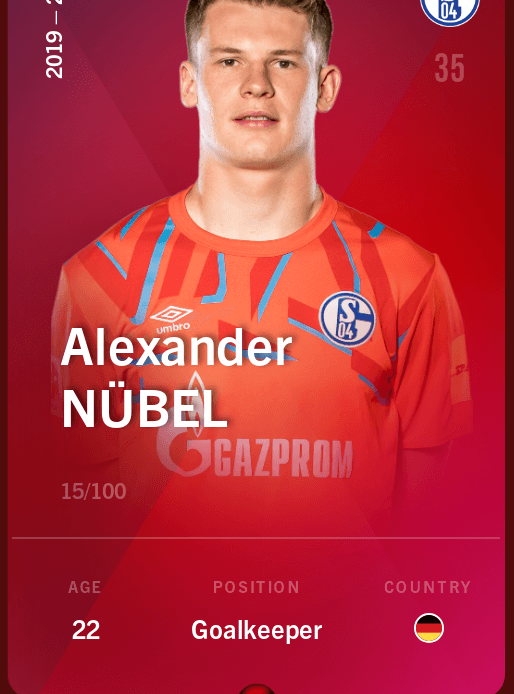 A key feature of Sorare is that if there is a card on the platform then you can use it for your SO5 formation. However, there are normally some players who have their own card in the game while playing for a club that is not authorized on Sorare. A striking example is Nice, which has a large selection of ‘licensed player cards’ despite being an ‘unlicensed club’ per se. To better understand this phenomenon, several examples of players present on Sorare will be analyzed below, even if the club they belong to is not yet part of the NFT fantasy football ecosystem that we all love.

You may – as well as not – have heard of Batista. In both cases we forgive you. He was in fact confined to Nantes reserves for the whole of last season due to his refusal to sign a contract renewal. One can certainly contest the choice of the club which on the other hand intends to protect its finances, but what cannot be decisively contested is Mendy’s talent as a central defender or defensive midfielder. Now, after a summer transfer to Angers, we expect him to play a permanent role. Take note as he is ranked as a defender on Sorare but played all friendlies this summer as a midfielder. He has a crystalline talent, and if he manages to show off with Angers, let’s not expect him to stay in that club for long, but aim to serve the most famous teams even in the short term.

While it’s true that Nice are anything but a licensed Sorare team, well, Monaco are just as unlicensed. Myron Boadu is probably their most promising addition this summer (unless Boubacar Kamara also joins the team). Let’s expect Boadu to become a regular once the season gets running, with Volland likely to be his reserve. With the likes of Golovin, Diatta, Diop and the aforementioned Volland creating major chances up front, there’s a good chance Myron Boadu will score for a team we see clearly fighting for second place this Ligue 1 season.

It has not been too long since Alex Nubel had been acclaimed by the specialized press while he was at Schalke, even as the natural successor of goalkeeping legend Manuel Neuer. He is an exceptional goalkeeper and a guy who should both keep clean sheets and be involved in the passing game of the defence. Let’s expect Monaco to do very well this season. The main competition for Nubel for the goalkeeper position is Benjamin Lecomte, who is currently injured, so Nubel has a race without obstacles for the number 1 shirt at this moment in time.  Among other things, we are not sure that Kovac was still planning on keeping Lecomte as the number 1.

Lyon selling Terrier was a real headache, totally unexpected by fans of the French club. Especially since it went really well towards last season’s finale. He has accumulated several goals and assists, and Rennes are putting together a rather young and exciting team. He has a good chance of doing well in 2021/22.

In our opinion this will almost certainly be his season.  He may still refine his end product or gain more experience in terms of tactical intelligence. However, he is a young man with a truly exceptional perspective both technically and physically. He and Suleman are expected to produce chaos for Rennes up front against Ligue 1 defenses this season.

It is very likely that Diatta will play more minutes during this season than the previous one. He showed, in a limited playing time over the past year, something that undoubtedly left many Belgian fans speechless. His team will have to make a number of moves in the transfer market and this has not been mentioned a lot by the media. The arrival of Boadu as well as Volland and Yedder means that Diatta has enough quality to grab a starting spot.

He is currently recovering from an injury at Monaco after a breakout season of sorts at Brugge. His hamstring injury could make him miss the start of the season. This means that its price is probably somehow suppressed now on Sorare. He is highly regarded by Monaco who bought him from Auxerre where he had been a diamond in the rough of the respective junior academy. It is highly probable that another loan will come this season, perhaps in Ligue 1. Composed and technically gifted center-back France is famous for exploding talent in such positions on the pitch. This is evident with the long line of top quality defenders the country has produced.

A whimsical right-wing striker. He has some defensive weaknesses, but let’s blame them on the exuberance of youth. He could be a revelation striker this season. It increasingly collects a greater volume in holdings in offensive actions. Troyes, his current club, could be the place this season now that they are officially part of the City Football Group. Kabore is in fact on loan from Manchester City for this season. Let’s expect Kabore to start more or less every week and deploy as a very offensive winger or full- back like Hakimi.